Brigitte Bardot was born in Paris in 1934, into a small Catholic family. With the encouragement of her mother, she began learning ballet at the age of thirteen. After graduating from the Conservatorie de Paris, she began a career in modeling, in which she quickly started gracing the covers of ELLE and popular French fashion magazine Jardin des Modes. Often referred to by her initials, BB, the young aspiring model, and ballerina was soon cast in several very successful French films. 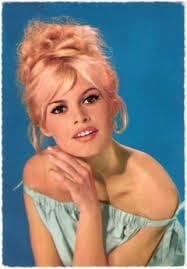 With her then-husband and director Roger Vadim, BB starred in And God Created Woman (1956), which propelled her to international stardom. Her face and body were almost everywhere, from numerous films to magazine covers and even sculpted art. She had become one of the most popular sex symbols of the 1950s. She all but avoided Hollywood and placed most of her focus on international fame. On her 39th birthday, at the peak of her career, she announced her retirement and that her new passion was animal rights.

She became a vegetarian and started the Brigitte Bardot Foundation for the Welfare and Protection of Animals. Her promise to dedicate her fame and wealth to animals continues to be a valid and passionate reality for BB. Even recently she sent letters to the Danish Queen calling for the end of whale slaughters in the Faroe Islands. She spent half her life performing and modeling while the other half she dedicates to protecting animals. Even now at eighty, she continues to be a fierce advocate and seems to have no plans of slowing down. Specifically of note is her devotion to protecting animals. 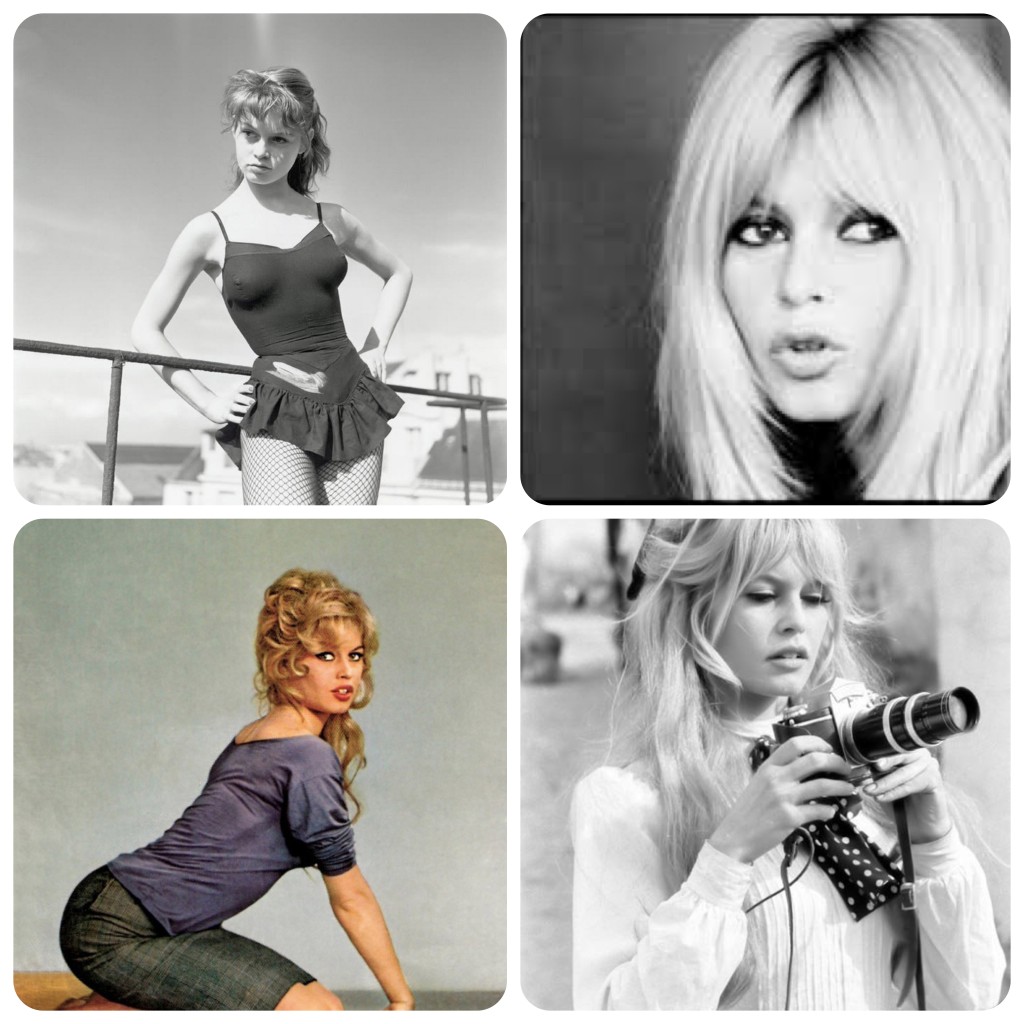 This year I visited St Tropez France where Brigitte Bardot, an international icon, still resides and remains one of its main attractions in the village that she helped make famous. After all these years her home town has paid homage to the siren by devoting an entire exhibit to her life.

Brigitte Anne-Marie Bardot was born in Paris on September 28, 1934. The phenomenon began in 1949 when Bardot, just a 14 1/2 year old teenager, first a stunning brunette who later became a statuesque blonde, posed for a catalogue for children’s clothes ” as an average girl ” not as a model, and was noticed by Helene Lazaroff, founder of Elle magazine and was offered an opportunity to be on its first cover.

In the same year, she was offered her first role in a movie called “Les Lauriers.” Although the film did not go through she met Roger Vadim, a 21-year-old assistant, who she later married in 1952. During her 7 year marriage to Vadim, Brigitte appeared in what would be her one and only on-stage experience and acted in a Vadim directed film. In 1959, after the marriage ended, she met a young actor Jacques Charrier. Their love affair continued off the screen and Charrier becomes Brigitte’s second husband in June 1959 and later gave birth to their son Nicolas Charrier in January 1960. In September of that same year, Bardot attempted suicide. It was after this difficult time that she soon began her struggle for animal causes, a passion of hers since adolescence.

In 1966 after her second marriage ended she married multi-millionaire Gunther Sachs. In 1968 Brigitte accepts and becomes the first woman to personify the French symbol after General de Gaulle suggests she sit for the bust of Marianne on display in all France’s town halls.

In May of 1973 Bardot, exhausted and overwhelmed ended up abandoning her film career. She announced she would refuse all new offers, including one with Marlon Brando worth a million dollars. She kept her word and never appeared in another film. She decided from then on to defend animal rights. In 1986 she set up the Brigitte Bardot Foundation.

Brigitte is loved and remains one of the main attractions in St. Tropez, where she now lives year-round. I had the privilege to meet her, and believe me, at post 70 she is still mesmerizing. Along with Marilyn, Jackie, and Diana, Brigitte is one of the most photographed women on the planet and will go down in history as one of the most natural beauties of all time. An international myth who taught several generations the art of living in pursuit of one’s desires.