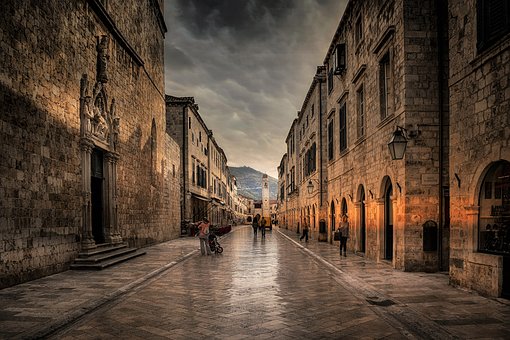 Dubrovnik has long been a storied, picturesque city, with tourism playing a big part in the local economy. Located on the Adriatic Sea, with nearby beaches and historic sites scattered throughout the city, it has always been a popular destination for visitors to Croatia. It has been a UNESCO World Heritage site for decades, but in recent years it has seen a huge increase in visitors, particularly to its popular Old Town destination.

A big reason for this explosion in popularity for Dubrovnik has been the fact that it served as the real-world location for many scenes from the Game of Thrones TV show. As the stand-in for King’s Landing, Dubrovnik was suddenly home to far more attention than it had ever received in the past. So much so that, according to Reuters, the city had to limit the number of visitors to some of its sites in order to preserve their historic value.

The impact the show has had on the city of Dubrovnik isn’t surprising considering the kind of cultural phenomenon it became. Beyond just the hit TV series and the books it was based on, the property has branched into other media as well. Telltale Games developed a video game based around the series, with several actors even reprising their roles from the show. You can even find Game of Thrones represented amongst the Gala Bingo online slot titles. Game of Thrones Powerstacks has the famous Iron Throne front and center of the branding to play heavily on the show’s popularity. Game of Thrones: Conquest is a game for mobile devices that continues to be popular, giving players the chance to contest for the Iron Throne against other gamers from around the world.

This continued attention on the show has meant that Dubrovnik has remained a popular destination for fans even after the series finale. However, the city has so much more to offer than simply being a backdrop to a popular TV show. While many might come becomes of Game of Thrones, it is impossible not to fall in love with the wealth of history and culture Dubrovnik has to offer. Here are just a few things that visitors can do while exploring the city.

Take in Some World-Class Dining

Being located directly on the sea has many advantages, allowing visitors to have some of the freshest seafood available anywhere in the world. Local favorites like Porto, which has attracted famous faces like director Francis Ford Coppola in the past, offer up authentic Croatian food, while more relaxed spots like Kamenica offer more familiar food to visitors alongside the local offerings. Croatian food features a lot of grilling fish and vegetables, making it a healthy change of pace from many vacation diets without sacrificing flavor.

This historic fortress featured heavily in the Game of Thrones series, serving as the stand-in for King’s Landing in external shots of the castle. Visitors are able to get much closer than the show allowed and can walk along the walls of Bokar Fortress all year round. The view from the fortress is absolutely stunning, with the entire Adriatic Sea visible from the top of the parapets. While the interior might not resemble the fictional castle it represented, it is a fascinating bit of medieval history to take in while you are in Dubrovnik.

Go on an Island-Hopping Adventure

Though visitors could easily spend their entire vacation in the Dubrovnik sites, no trip to the city is complete without a visit to some of the surrounding islands. These islands are easily reached by boat and are the perfect day trip away from the busy city for something a bit more relaxing. Whether you’re interested in visiting a historic monastery on Lokrum or squeezing in a little windsurfing on Brac, there is an island destination that has what you’re looking for.

Looking for more travel news and tips? Be sure to check back at the I On The Scene travel blog for more updates.

0 comments to " Dubrovnik: A City Filled With Hidden Delights "