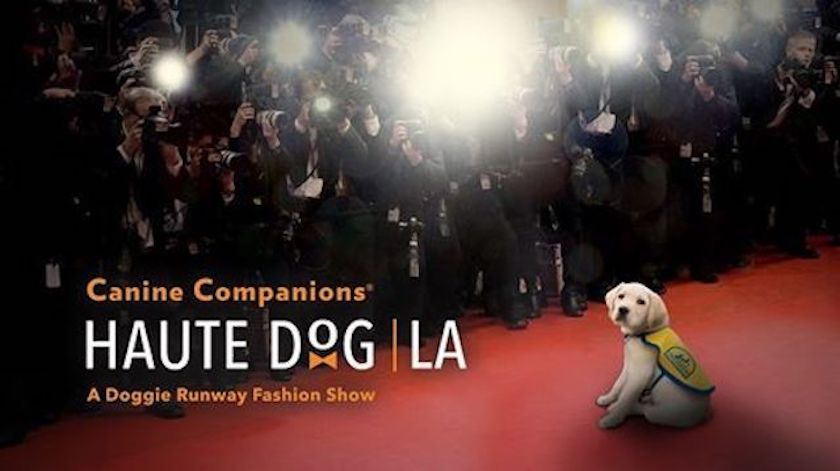 Canine Companions for Independence is a non-profit organization that provides service dogs to people with disabilities, free of all cost. Since 1975, members of the operation have worked diligently to pair 5,000 trained assistance animals to people in need. Locations can be found all across the country, with a total of 6 training centers throughout the states.

The organization allows supporters to get involved in a variety of ways. There is always the option to volunteer locally, raise and train puppies, hold fundraisers, and advocate against service dog fraud by educating others. Canine Companions for Independence holds several events that benefit the cause, with one of the most popular affairs being the annual Haute Dog fashion show. 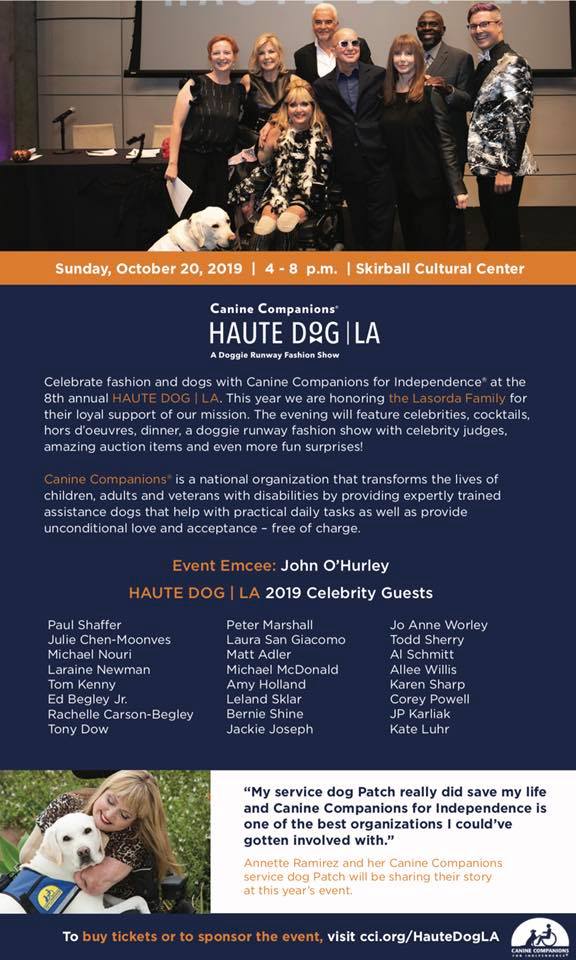 Haute Dog is an annual event presented by Canine Companions for Independence. In its 8th year, Haute Dog LA will be “going Hollywood” at the Skirball Cultural Center in Los Angeles, California. It will take place on October 20, 2019, from 4 to 8 pm.

The occasion is a runway fashion show exclusively for dogs to walk with their owners. As an event centered around pooches and fashion, all participants will show up to the catwalk in custom outfits that show off their personalities.

The pups and their families will be judged as they walk by the celebrity panel, who will eventually choose the winner at the closure of the event. Needless to say, there is never a clear unanimous decision.

This year is especially close to the hearts of supporters, as it is being held in honor of the Lasorda family, who has contributed to the cause for many years.

This year’s Haute Dog LA is going to be a star-filled night, to say the least. Countless celebrities will be attending the event, including but not limited to Paul Shaffer, Tom Kenny, Matt Adler, Karen Sharp, Leland Sklar, and Jackie Joseph.

For those attending the event, there is no telling who will be spotted on the catwalk or even sitting at the table next to yours. I On The Scene Founder, Irene Michaels, and her husband Arny Granat will be walking the runway with their dog, Rudi, among many others.

The celebrity attendance doesn’t stop there, however. Hairstylist Corey Powell will be backstage styling the models before they step out onto the runway to wow the judges. Hosting the red carpet this year are Kate Luhr and JP Karliak.

Contribute To The Cause

Sponsorship opportunities and titles for guests range from The People’s Choice, requiring a donation of $1,750, all the way to The Oscar, which requires $25,000. There are additional ways to show support while in attendance, including the live and silent auctions.

Tickets to the event can be purchased HERE with prices starting at $175 each. Hope to see you all there!