On Location: The Best Fashion From The 2016 Cannes Film Festival 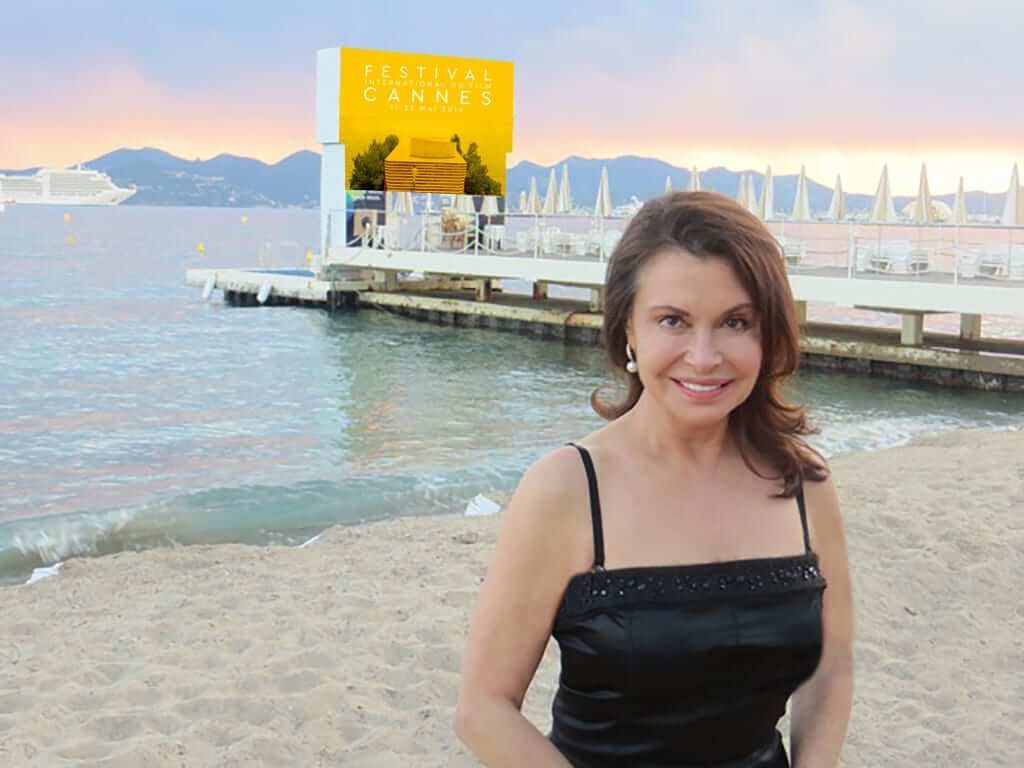 Like the Oscars, the Festival de Cannes is first and foremost an opportunity to look at pretty fashion and dresses. At the 2016 Cannes Film Festival, fashion plays as important a role as the films on display. Cannes combines parties, premieres, and glamorous setting, providing the perfect opportunity for stars to have magic red carpet moments. As the festival is approaching its conclusion this weekend, let’s look back at some of the fashion hits from this year’s festival, and what we have learned from the red carpet.

Big breasts are out: If there is one thing you should take away from this year’s festival, let it be this that the push-up bra is dead. While breast augmentation is on the decline, the v-neckline is still the red carpet dressmaker’s default; the trend seems to be favoring a more natural bust instead of two spheres of silicon. 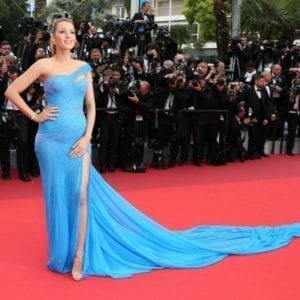 Top of the class: Before her underwear-free attire headlined, Bella Hadid was at the Cafe Society premiere in a strip Roberto Cavalli Couture nude number. The criss-cross strips on the front of the swimsuit a little, but the point of interest in what may be a large triangle of flesh otherwise. 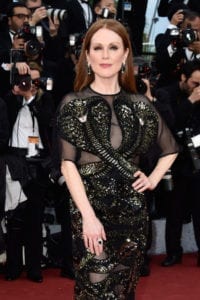 Only a top model can achieve this! At the Mal de Pierres premiere, Kendall Jenner got this gorgeous, show-stopping, clean Cavalli Couture gown, which almost kept her covered with its intricate black pattern. The reality star turned model added Chopard jewelry as well Gianvito Rossi heels to finish what was indeed the highlight of her flawless Cannes fashion run. Even at the Magnum Doubles Party Kendall Jenner rocked half-mini dress showing off a whole lot of leg. The view was a Versace creation made of printed silk directly off the Spring/Summer 2016 runway. Kendall added Stuart Weitzman strapped stilettos to complete the high fashion look of the red carpet.

Karlie Kloss: Karlie, Karlie! What’s going on with the hairdo? And the headband? The supermodel rocked an extremely questionable hairstyle with her gold and silver sequined Louis Vuitton gown at the Julia premiere. 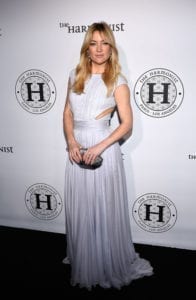 Blake Lively: Barely three days after rocking a Versace, she rocked again in another dress by the Italian design house. At the premiere of The BFG, Blake chose bright blue Atelier Versace one-shouldered gown that had a dramatic train and a sleek silhouette that showed her growing belly. She also added a diamond pavé headpiece and Lorraine Schwartz earrings to amp up the glam factor.

A dream in white: Kate Hudson was one of the best-dressed actresses in the party during the Cannes Harmonist, sporting maxi skirt and Cavalli Couture bodysuit combination. With simple makeup and straight hair, Kate looked almost angelic, with Atelier Swarovski jewelry adding another layer of gloss to the look. 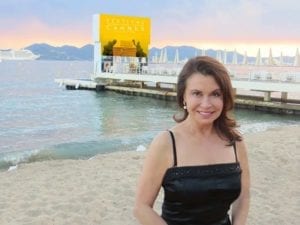 Julianne Moore decided to get in on the trend as well at Cannes film festival this year, successfully wearing this stunning see-through embroidery Givenchy Couture at the premiere Cafe Society.

Anna Kendrick at the Cafe Society premiere as well looked marvelous in marigold. The color choice is surprising which really worked for the actress, pairing the slimming Stella McCartney gown with Bulgari jewels. 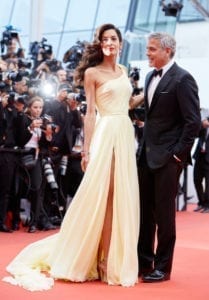 It might have been George Clooney’s film that was premiering, but all attention was on his wife, Amal Clooney, at the Money Monster premiere. The imposing British-Lebanese lawyer looked absolutely stunning in a pale one-shouldered yellow Atelier Versace creation and added extra sparkle with her Cartier jewelry. 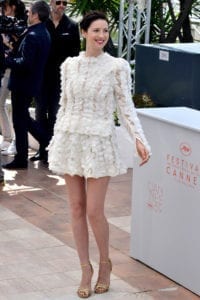 To cap it all, Caitriona Balfe is also wearing one of the favorites from the Cannes Film Festival. The actress showed up at the Money Monster photocall in her gorgeous white lace Louis Vuitton ensemble, which she paired with gold heels for a perfect Cannes film festival fashion moment.
Share this: