A Night in Tokyo 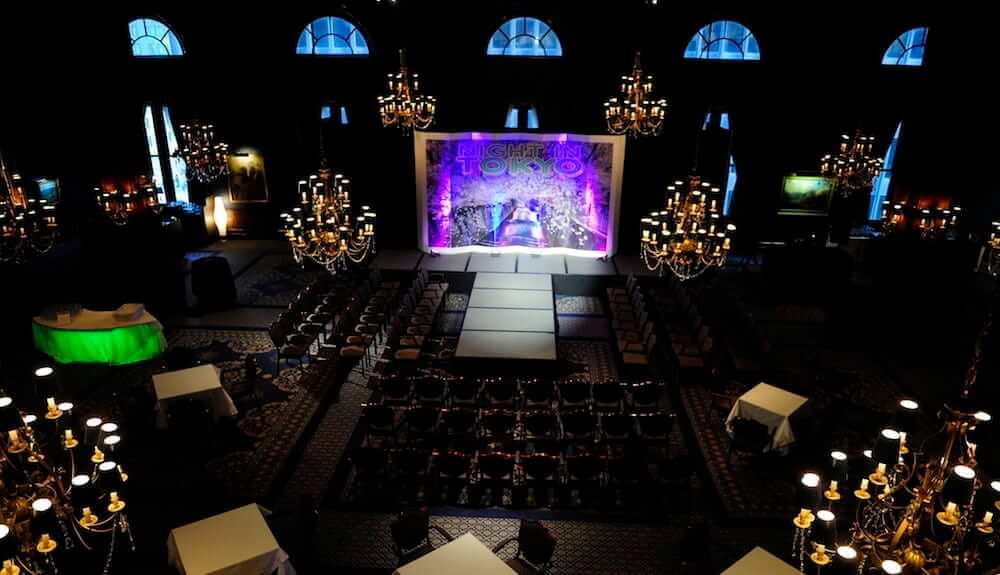 A Night in Tokyo, beginning the evening with Japanese inspired cocktails and a buffet spread of tempura, makki rolls, a ramen noodle bar and Saki- poached shrimp shooters. The event, co-chaired by Kimberly Palmisano and Patrick Callahan, was attended by The Consul General of Japan in Chicago Masaharu Yoshida and his wife Miho, who were the evening’s special guests.

A performance by Tsukasa Taiko drum corp opened the show. With a 2,000 year-old history, taiko – which literally means drum-  has its roots in many Japanese music settings from court to festival, and is known for its beautiful costumes, choreography and thunderous sounds. Designer Takako Yamanaka presented a traditional Kimono dressing, assisted by two dressers. The dressing ritual often has twelve or more individual pieces that are matched, worn and secured in a specific order to complete the outfit.

The fashion show followed and featured the designers in the Chicago Fashion Incubator’s (CFI) program at Macy’s on State Street. The designs ranged from hip, edgy, fresh ready-to-wear, cocktail attire, elegant evening and bridal gowns.  CFI’s Design Director is Andrea Reynders and designers in this year’s program are: Agnes Hamerlik, Olivia Hwang, Lagi Nadeau, Katelyn Pankoke, Shelby Steiner and Takako Yamanaka. The six emerging Chicago-based Designers In Residence are given the resources, business acumen, and mentoring to launch their careers in fashion.

The strategic partnerships for the A Night in Tokyo were Chicago Fashion Incubator, Luminarts Cultural Foundation at the Union League Club of Chicago, ULCC Younger Member’s Group, Lyric Opera Young Professionals Group, Japan America Society of Chicago Young Professionals Committee, Japanese Chamber of Commerce and Industry of Chicago and the Consulate General of Japan in Chicago.  All of the partners contributed to the night’s mission of presenting various artistic aspects of the Japanese culture. Notable guests from the City of Chicago’s Department of Cultural Affairs and Special Events included Ann Hickey, Director of Program Development and Tonya Gross, Program Director of the Creative Industries Division.

Margaret J. O’Connor is the founder/owner of MarCon Communications, a public relations and special events firm which handles the publicity and event needs for a diverse range of clients. She’s involved with numerous charities in Chicago and is active in its lifestyle and social scene. She grew up and was educated in Africa, Australia and America and holds degrees in marketing and finance from the University of Illinois. She is a contributing writer to many print and digital publications and her focus is lifestyle, culinary and nonprofit events. Read more from this author.