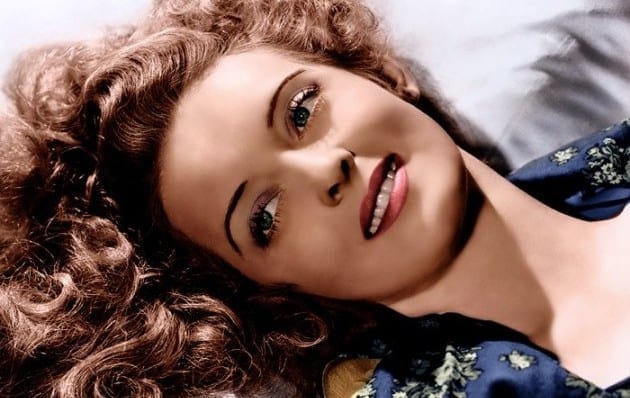 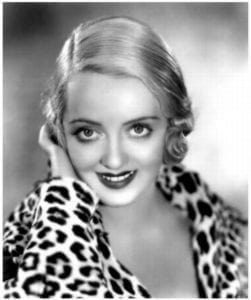 Bette Davis, one of America’s most infamous actresses, was well known for her dramatic and sometimes unsympathetic roles. Nicknamed Bette, Ruth Elizabeth Davis, was encouraged by her mother to pursue acting and joined the John Murray Anderson School of Theatre and studied dance.

After an unsuccessful run at Universal Studios, she was picked up by Warner Brothers and was the lead in the breakout film The Man Who Played God (1932). She quickly became Warner Brothers’ most profitable actress and received numerous awards including Oscars, Emmys, and Golden Globes.
Bette Davis also became very involved in supporting the U.S. troops after the bombing of Pearl Harbor (1941). She donated her time and performed to raise over 2 million dollars in war bonds, and subsequently, she was awarded the Distinguished Civilian Service Medal for her efforts in supporting the military. Bette made over 100 film appearances and is known as one of Hollywood’s most successful actresses.

Although Bette’s life seemed always glamorous, her early childhood was filled with many family issues. Watch the video above to find a more detailed account of Bettie’s family tensions.

Although Bette’s life seemed always glamorous, her early childhood was filled with many family issues. Watch the video above to find a more detailed account of Bette’s family tensions.

Bette Davis played many roles, making an appearance in over 100 films. She was fearless in taking a wide range of roles that were sometimes devious and unsympathetic, something that many other leading ladies of this time refused to do. 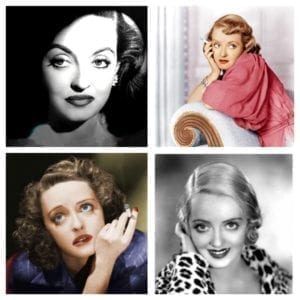 Bette was well known for her big blue eyes. She knew exactly how to use those eyes to her advantage, and was iconic the amount of emotion should give in one shot.

Nothing ever seemed to stop Bette Davis, and she continued to work after cancer, four strokes and a scathing memoir written by her daughter B. D. Hyman. This continued dedication to her art was not only financially successful but also historic, as she was the first woman to earn the American Film Institute’s Lifetime Achievement Award. Unfortunately, her cancer returned and she passed away in Paris on October 6, 1989. Her legacy, her films, and her incredible talent live on forever.