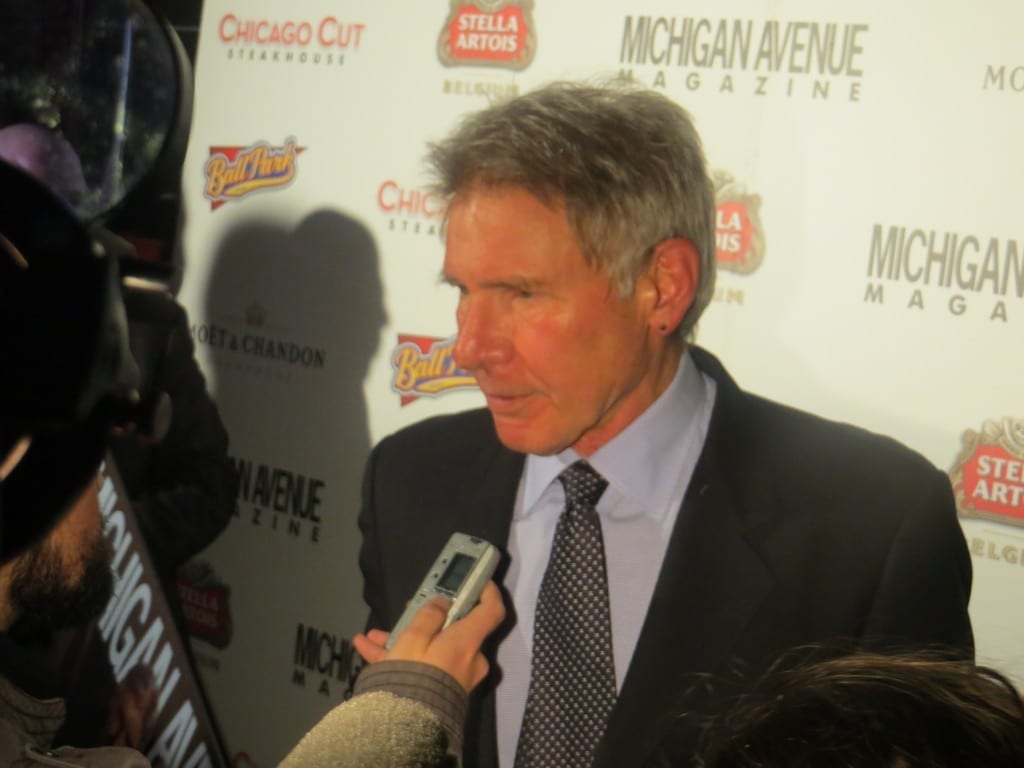 Michigan Avenue Magazine acknowledged the Hollywood legend, Harrison Ford, with their March issue by putting Harrison Ford on the cover. Also honored were the outstanding accomplishments of Conservation International whose never-ending work enables societies around the world to responsibly care for nature, while maintaining the well being of people. As Vice Chairman of Conservation International, Ford was joined by board members Janie and Jeff Gale, who accepted a $5,000 check donated by Ball Park Brand’s parent company Hillshire Brands.

Effervescent Moet & Chandon champagne was flowing all night for this spectacular party, along with Stella Artois and mouthwatering culinary specialties provided by Chicago Cut Steakhouse. This exclusive reception received high marks for gathering an “A list” crowd.

ABOUT HARRISON FORD & 42 from Wikipedia:

n 1945, after sportswriter Wendell Smith suggests that Brooklyn Dodgers owner Branch Rickey consider Jackie Robinson as the black ballplayer Rickey is looking for, Robinson and his team, the Kansas City Monarchs, stop by a gas station. When the attendant refuses Robinson entry to the washroom, Robinson says they will find another station at which to fill up the team bus, and the attendant relents. As Robinson steps out, a scout for the Dodgers sent by Rickey approaches him and invites him to Brooklyn. He is offered a $600 per month contract and a $3,500 signing bonus, which Robinson accepts after being warned by Rickey that he must control his temper if he wants to play. Robinson proposes to his girlfriend, Rachel, by phone and she accepts.