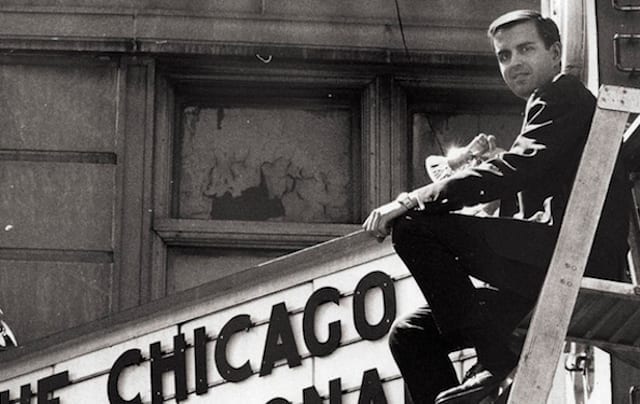 Inspiring some of the most significant directors, writers, and actors of independent films since the age of 22, Michael Kutza recently received a Lifetime Achievement Award at the Chicago International Film Fest Summer Gala at Loews Chicago Hotel. With appearances by Kathleen Turner, Chaz Ebert, and Terrance Howard (among others) the Red Carpet was crowded with multiple Hollywood personalities who were very influenced by Michael Kutza, who provided a path for these aspiring individuals to follow.

With a history dating back to 1964, Michael founded the Chicago International Film Fest under the guidance of silent screen star Colleen Moore and accomplished director King Vidor.  Martin Scorsese, Oliver Stone, and Michael Moore are just some of the high caliber directors who developed their careers and sharpened their skills through Michael Kutza and the film fest.

With the passage of time, Chicago gained a solid reputation for discovering new, up and coming independent film talent. Three of Chicago’s most successful independent filmmakers were on hand during this glamorous soiree with high praise for Michael on a special night when he received a Lifetime Achievement Award. Kris Swanburg, Joe Swanburg, and Steve James continue to make Chicago their movie-making headquarters, crediting Michael Kutza for all of his endeavors spanning over 55 years. They all agreed: the C.I.F.F. is one of the longest-running film fests in the country, it provides an environment where you can see movies you won’t see at a local movie theater, and unlike other cities around the U.S., Chicago provides a feeling of support for independent filmmakers; whereas the others encourage competition among movie makers. Not to be overlooked are some of Hollywood’s most impressive actors and directors who have hosted the film fest: Clint Eastwood, Bette Davis, Spike Lee, and Vanessa Redgrave are just a few who have been honored with this distinction.

Across the globe, Kutza has received international awards, including the Silver Lion from the Venice International Film Fest and France’s Legion d’ honneur. Indeed, Michael Kutza is an extraordinary entrepreneur who has made a lasting impression on the film making community by developing and inspiring countless individuals to go on to become successful independent filmmakers, directors, actors, and writers for over a half a century.