Our Highlights from Sundance

“Diversity comes out of the word ‘independence.’ If you’re independent-minded, you’re going to do things differently from the common form, then you’re going to have more diverse products. That’s something I think we’re generally pretty proud of, is how we show diversity in the festival because we think it’s important.” – Robert Redford

For more than 30 years, the Sundance Film Festival has served as a platform for new work by independent storytellers. The nonprofit organization, which was created by the Sundance Institute (itself founded by Robert Redford), provides resources for the preservation and creation of the film, theatre, and new media. The festival runs through January 31. 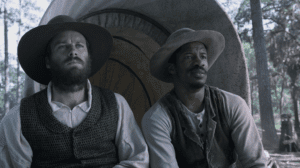 From live YouTube streams of artist discussions to a new app that allows audiences to digitally engage in the activities surrounding the event, this year’s Sundance Film Festival continues to forge new standards in the film festival industry. Films aren’t simply presented by country or genre. Rather, they are split up among categories such as World Dramatic, Documentary Premieres, Shorts, and Midnight, along with an array of events focused on artist discussions.

Most recent additions include the acquisition of several indie films by Netflix and Amazon, as well as a record-setting deal for The Birth of a Nation, which was picked up by Fox Searchlight for $17.5 million, according to Slate. The film, which has created non-stop buzz at the festival, is based on true events surrounding the life of Nat Turner, who led the most successful slave uprising in the history of the United States. 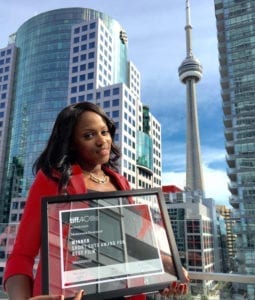 Awards for most promising new films about technology and science went to Embrace of the Serpent by Ciro Guerraas who received the Sloan Science-in-Film Prize, while Mark Levinson of The Gold Bug Variations received the Sundance/Sloan Fellowship. 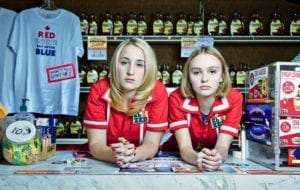 An unruly Midnight choice is Yoga Hosers by Kevin Smith whose daughter, Harley, is joined on screen by the lovely Lily-Rose Depp, Johnny Depp’s child (who also makes an appearance). The film is reported to be the second of a trilogy. The 45-year-old filmmaker told The Hollywood Reporter that his daughter and Lily-Rose were very natural in front of the camera. “After we shot a scene, I would bring them over to watch their takes, and they would immediately see what they needed to do differently,” he said.

And, of course, the celebrity sightings have been plentiful. Kate Beckinsale and Chloe Sevigny were spotted at the Eddie Bauer Adventure House, while Elijah Wood was on deck as DJ at the 50 Bleu Lounge. John Legend partied at Vida Tequila Lounge while Nick Jonas was spotted everywhere. As the celebrations draw to a close, we’re sure the list of celebrity sightings will get bigger.

The festival goes on through Sunday. You can continue to keep track of everything that’s going on at Sundance, including live broadcasts, by visiting Sundance.org.