Produced by Chicago co-founder of Jam Productions, Arny Granat – OUR HOUSE has been wowing Chicago audiences since its debut in March 2021 followed by several SOLD OUT performances at Le Piano in Rogers Park, Arcada Speakeasy in St Charles, the Fine Arts Building on Michigan Avenue, Davenport’s and the historic Jazz Showcase.

Granat saw a burning desire for LIVE MUSIC kindled by the restrictions of the pandemic and went on to form OUR HOUSE which embodies an eclectic group of talented musicians. 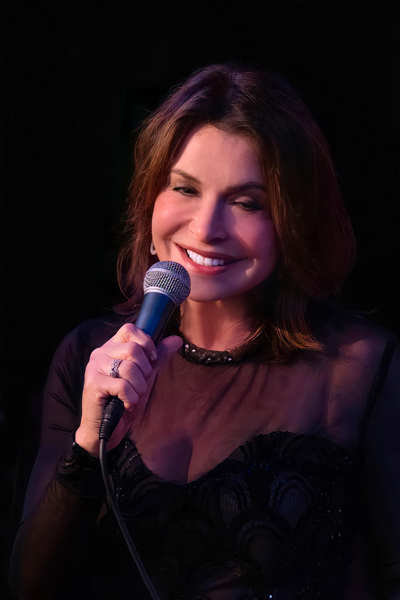 Irene Michaels, Lead Singer
Irene Michaels has always been a part of the entertainment industry. Her artistic interest began early at age 11 as a dancer, taking lessons then eventually touring with a young dance group. They worked in state fairs, private parties, and even the circus! Ultimately she landed a part in an Off-Broadway production of A Chorus Line.

Irene became one of the top ten models in Chicago.  She was in several local magazines and won several beauty contests.  She built the Showtime modeling agency from the ground up and kept it running flawlessly for over two decades. She became known as the “leader of fashion shows”.

Her career shifted from working in front of the camera to behind the camera as a producer, leading to the creation of two production companies that produced promotional events for corporations, hotels, and convention centers.

In the 1970s she appeared as a vocalist and played guitar at leading jazz restaurant clubs performing her own material.

As an actress, she appeared in television, film, theater, and most notably a recurring role in the popular daytime soap opera, General Hospital. Her film roles include Mickey One, Killer Klowns From Outer Space, Straight Talk, Cold Night Into Dawn, and River Made to Drown In.  She appears as herself in the documentary, Live at Mister Kelly’s. Irene was also an Executive Producer of the docudrama, Betrayal: When the Government Took Over the Teamsters Union.

Irene is a singer, songwriter, musician, and plays the guitar. She is an active member of Chicago Cabaret Professionals and has performed as a vocalist in many venues including Winter’s Jazz Club, Davenport’s, Le Piano, Arcada Theatre, The Chicago Fine Arts Building, and Jazz Showcase. Her solo cabaret show is coming to NYC soon! 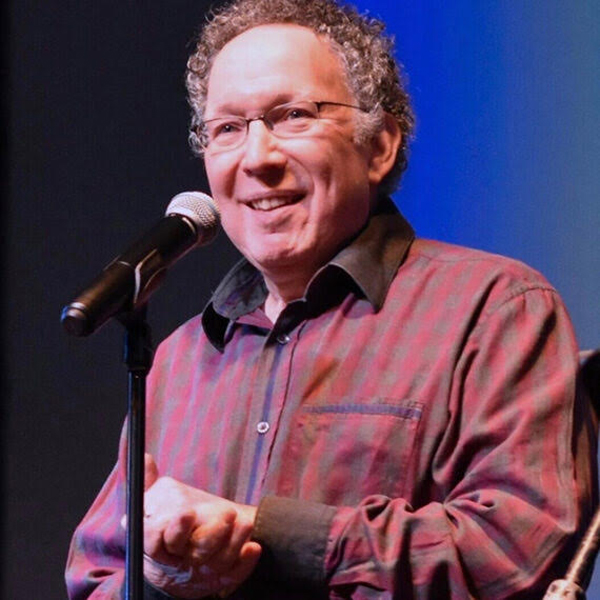 Fred Simon, Musical Director
Fred Simon has been making music for over forty-five years, performing and composing for records, concerts, film, dance, and television, with instrumentation ranging from solo piano to symphonic orchestra. Since childhood he has been convinced that he is a singer/songwriter trapped in the body of someone who can’t sing. He has been on the faculty of the Chicago College for the Performing Arts at Roosevelt University since 2005, the Merit School of Music in Chicago since 2006, and the Music Institute of Chicago since 2011, teaching piano, jazz ensemble, composition, improvisation, theory, ear-training, music history and music appreciation.

His compositions appear on his albums Short Story, Time and the River, Usually/Always, Open Book, Dreamhouse, Remember the River, and Since Forever; on albums with the Simon & Bard Group Music, Tear It Up, and The Enormous Radio; on Twilight, with Paul McCandless and Teja Bell; and on compilations released by Windham Hill, Columbia, Narada, and Naim among other labels. He also recorded an album of songs by Brian Wilson, The Beach Boys Distilled. Fred has recorded and/or performed with Ralph Towner, Paul McCandless, Larry Coryell, Lyle Mays, Iain Matthews, Jerry Goodman, Megon McDonough, Fareed Haque, Bonnie Herman, Kurt Elling, Tributosaurus, The Stan Kenton Orchestra, and many others. 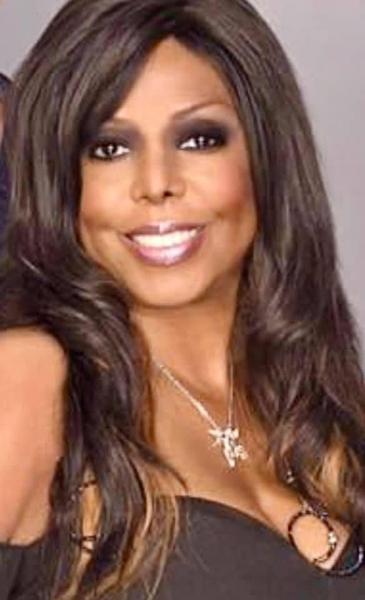 Yvonne Gage, Singer/Song Stylist
Yvonne Gage is an American singer from Chicago, Illinois. Active since the late 1970s, she has done background vocals for artists prior to and after her own solo success.

Gage began singing in the church choir. At 14, She joined a local R&B band, The Soulettes, and sang with them for seven years. During this time, the band was renamed “First Love”, then simply “Love”, and released an album, Love at First Sight, under the independent Chicago International Music label in 1980.

However, Gage already had left the band at the time of release, to become a backing vocalist for Captain Sky. While touring with him, and beside acts such as Cameo, Stephanie Mills, Kleeer and Smokey Robinson, she met Don Burnside, Captain’s Sky producer at the time.

He produced her first solo single, “Garden of Eve”, in 1981 for Atlantic Records. The track managed to enter the Dance Club Songs chart, and rank at number 36.

Burnside also introduced her to then playing new wave band Ministry. Gage took part in their With Sympathy tour, appearing alongside Madness, The Police and Culture Club. After finishing touring, she recorded a commercial for Ultra-Curl, before going back to studio. 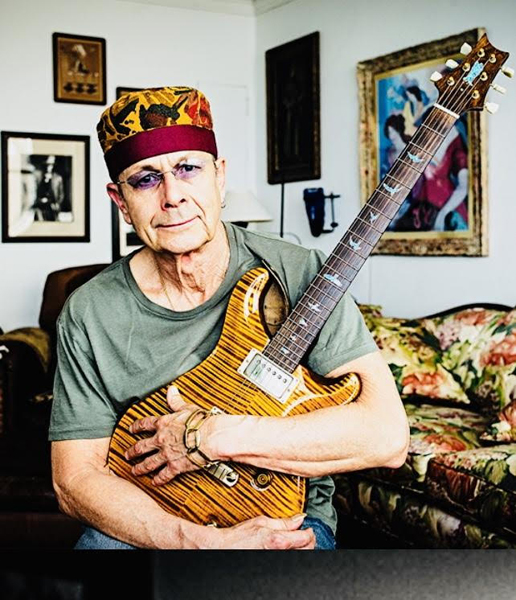 Bob Davis, Guitarist/Composer
I attended the Berklee College of Music in Boston, where I studied arranging and composition and instrumental performance. After leaving Berklee, I studied privately with the famous Charles Banacos in Boston who also taught guitarists Mike Stern, John Scofield, Pat Matheney, Mick Goodrich, and many other excellent musicians of all instruments. I relocated to New York City where I played and toured with John Waite (of Polydor Records and Missing You fame) and Patty Smythe (on CBS Records). I had my own guitar column as Promotions Director at Guitar World Magazine. While in NYC, I took Les Paul, a mentor and dear friend, out of retirement and did feature stories on him and set him up with a steady Fat Tuesday’s gig.

In 1984, in partnership with Felicia Collins of the David Letterman Band fame, I started working for Nile Rodgers Productions as part of the production team working on fifteen major records, including artists such as David Bowie, Diana Ross, Duran Duran, Al Jarreau, Jeff Beck, the Thompson Twins, Grace Jones, and Sister Sledge. While working with Nile Rodgers, I became the Associate Publisher of Musician Magazine where my responsibilities included hiring staff, choosing cover artist and cover art, and acquiring major advertising.

After moving back to Chicago in 1990, I formed my own band (“Cooly Cool”) with Ari Brown and Daryll Jones. While playing with Jones, I met Robert Irving, III, another heavyweight, and, in 1992, started playing with him in his electric music adventures, including the Miles Davis tribute gigs. Two major record deals were born in 2006, and one in 2011, with my new band, Lake Effect, under the genre of contemporary jazz. Most recently I wrote music for my dear friend Jeff Golub, who passed in 2014, and re-arranged a record for Hall & Oates. I am still writing music for myself as well as for other major artists. I perform as “The Bob Davis Trio”, freelance with other musicians, and have been offering private guitar lessons for the past 20 years.

Today I teach under the direction of Robert Irving III’s School of Jazz Music at the Chicago Academy of Music (CAM) with a team of world-class artists and instructors at the University of Chicago branch (www.chicagoacademyofmusic.org).   My newest musical endeavor is with the new band put together by Glenn Burris, whose latest CD, produced by Robert Irving III, will be released after the first of the new year.

Sonny Luca, Singer/Guitarist
Sonny Luca is a Chicago based singer-songwriter & multi-instrumentalist. His sound is a fusion of Laurel Canyon folk-pop. alt-rock and soul. And his off-of-center lyrics are haunting melodies which evoke an intimate and moving experience.

Studio Pastorale was founded by Sonny Luca and C.M. Sutton in 2019 and is where Luca wrote, produced and recorded his debut EP. 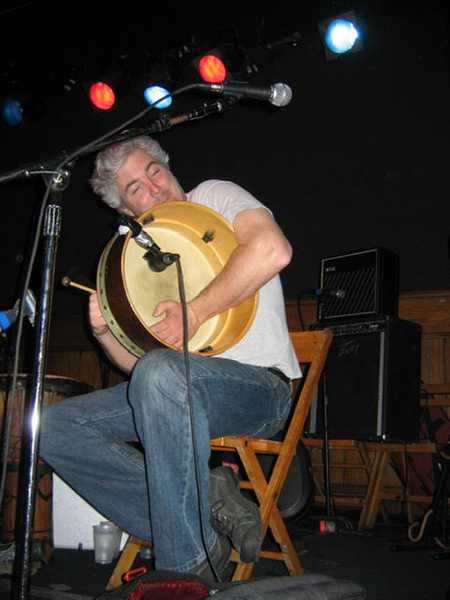 Michael Austin, Bodhran
Michael Austin comes from a family with a music performance tradition that reaches back three generations to his bandleading great-grandfather, a personal friend of John Phillip Sousa. Austin’s grandparents met as members of a Gibson string band, and his father co-founded the Joliet American Legion Band, the most celebrated concert and marching band of its kind in the nation. It was from his father that he took his first drum lessons at age 5. Today he is a faculty member of Chicago’s Old Town School of Folk Music, where he teaches bodhran, the Irish traditional drum. He has been a featured performer at several major music festivals, including the Ennis Traditional Music Festival in County Clare, Ireland; Celtic Fest Chicago; Taste of Chicago and Milwaukee Irish Fest.

Beyond the realm of Irish traditional music, he has performed with a diverse array of ensembles, from the Chicago Children’s Choir to indie rocker Ike Reilly. A founding member of the Irish traditional band The Boils, Austin is a two-time finalist in the senior bodhran competition of Ireland’s Fleadh Cheoil na hÉireann, and a former adjudicator of the Midwest Fleadh Cheoil. In addition to playing music, he is a freelance writer who has contributed to Esquire, GQ, Outside and several other publications, including a book collaboration (Back to the Family) with Oprah Winfrey’s personal chef Art Smith. His weekly wine column, “The Pour Man,” appeared in the Chicago Tribune and was syndicated nationally. He lives in Chicago. 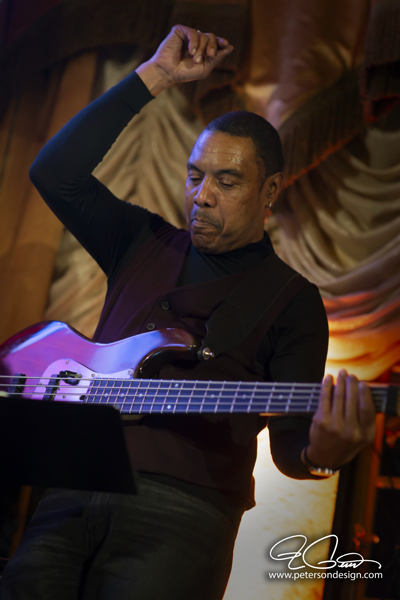 Richard Patterson, a Chicago native, started playing bass in neighborhood bands and school jazz bands around Chicago. His first bass teacher was the late Doc Jones where he started learning music theory and how to read music. An alumnus of Fenger High School, Richard studied at the American Conservatory of Music, the University of Illinois at Chicago, and graduated from Vandercook College of Music as a string bass major with a degree in music education. He started teaching as a band and orchestra director in the East Chicago Indiana School system for four years before deciding to play bass full time in an up-and-coming local band called “Insight”. Richard has taught music masterclasses at Roosevelt College in Chicago and in Nairobi, Kenya with David Sanborn. He was on the panel for the Columbia College’s “Bass Symposium” master class. He was on the faculty at Prairie State College’s music department where he taught music and music production. Richard is a member of the Illinois State Board of Education.

He has recently toured as musical director/bassist for Boz Scaggs, Michael McDonald, and David Sanborn. 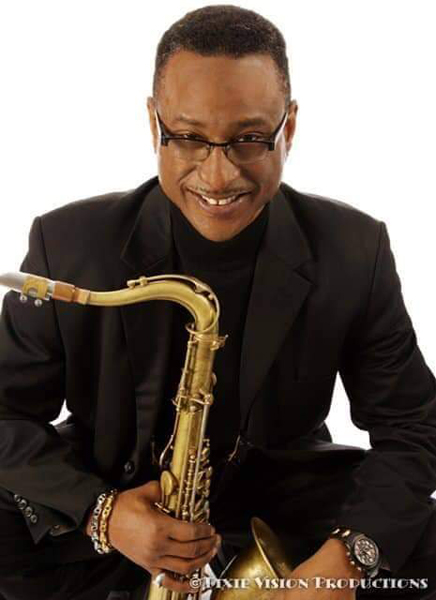 James Perkins is one of Chicago’s elite saxophone & woodwind artists who has also significantly contributed his talents globally for the last 50+ years as a professional player, writer, and recording artist in every musical capacity, genre, and venue imaginable. Being somewhat an industry secret, James has not enjoyed the public successes shared by many of his colleagues and contemporaries but is highly regarded as one of the most skilled and knowledgeable saxophonist to have been produced by the Chicago music scene. Having performed with top artists in just about everything involving music as a powerful live performer, he’s also enjoyed the title of a ‘solid 1st call’ session player for studio work and has been featured on thousands of recordings, albums, and jingles/industrials as well as hundreds of theater productions in both musical and acting performance roles. James has led several incarnations of his own group (The James Perkins Ensemble) as well as performed as a standing member of several acclaimed groups in Chicago and nationally. He was also a U.S. Navy Band performer during his 14 years of Naval Service which led to him receiving a Letter of Commendation from the Commanding Flag Officer of Naval Station Great Lakes.