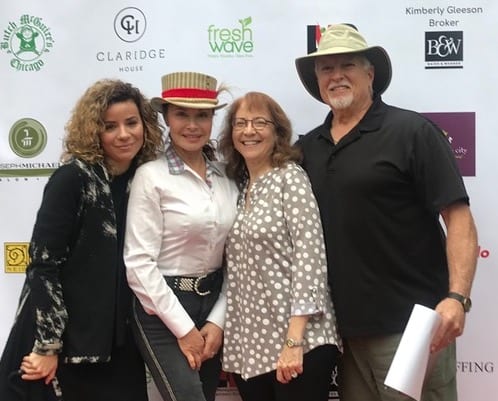 Tails were wagging and jaws were barking as the 2nd Annual “Best in Gold Coast Dog Show” got underway on Saturday, October 6th. The weather might have been overcast, but South Lincoln Park lit up with the sights and sounds of the animal kingdom as breeds of all shapes and sizes gathered (on North Ave. near Astor St.) in the Gold Coast with their owners and dozens of onlookers to show off their pedigree abilities and compete to win one of six categories. With a devotion to beautify and protect this magnificent community (boasting some of the most significant architecture in the city,) Gold Coast Neighbors Association coordinated this uplifting event with PAWS Chicago; a superior facility serving as a role model for all dog shelters around the country.

Since they first rescued a dog named Pippen on a vacation in Greece in June of 1996 and then opening PAWSChicago in May of 1998, Paula and Alexis Fasseas have achieved extraordinary success, saving thousands of homeless dogs (and cats) through their never-ending work at their headquarters (1997 N. Clybourne Ave.) and other locations.

Presided over by Master of Ceremonies Mario Stefanini, (owner of Mario’s restaurant) this remarkable show contained a panel of celebrity judges, including Susanna Homan (editor in chief and publisher of Chicago magazine,) Irene Michaels (president of I On the Scene, Chicago based webzine) and Michelle Smith, Alderman of Chicago’s 43rdWard.

After being introduced by M.C. Mario Stefanini, each canine was proudly walked by their owners on the Red Carpet as the panel of celebrity judges noticed every movement and Gold Coast dog aficionados enthusiastically cheered. Six categories were created to award these deserving canines, some of whom were costumed in creative Halloween outfits.

The winners in each respective category included: 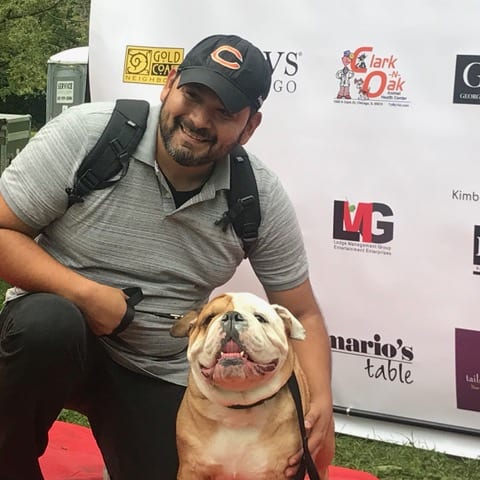 Credit must be given to the talented Co-Chairs who produced this extravaganza: Gold Coast Neighbors Board Members Kimberly Gleeson, Lauren Burny, and Carla Walker. Special thanks go out to generous sponsors Leopardo, the George P. White Foundation, Mario’s restaurant, and the Claridge House Hotel (among others) for making this unique show possible.

Congratulations Gold Coast Neighbors Association for yet another outstanding event, clearly upholding the image, pride, and dignity of the Gold Coast; an astonishing neighborhood with a history dating back over 150 years.