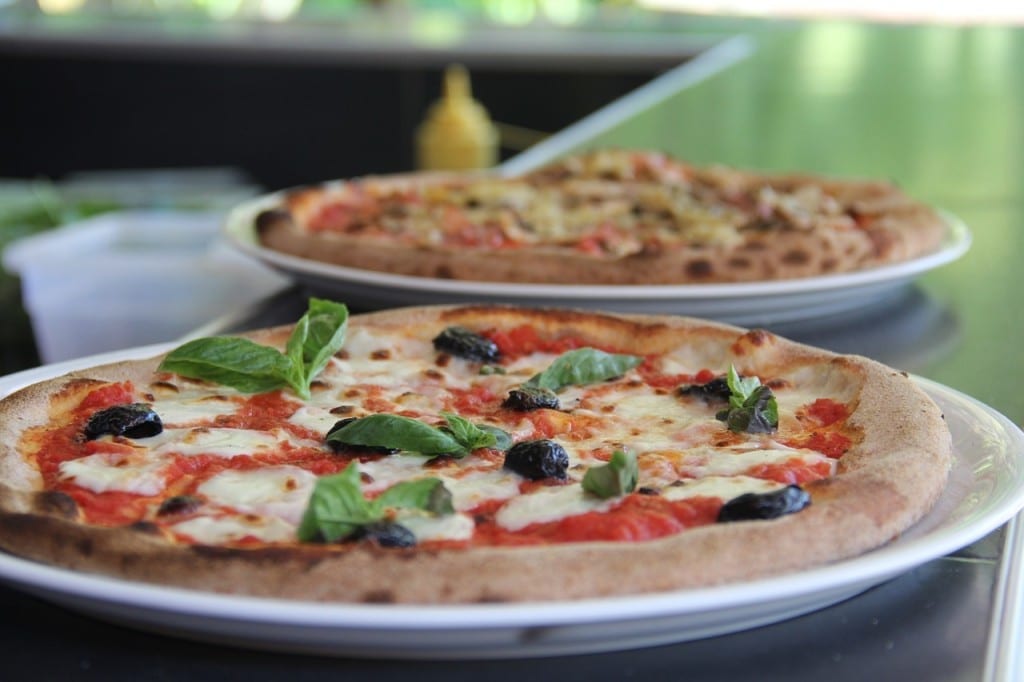 It’s a never-ending debate, and people on both sides are willing to fight to the death. Whether you’re from the Big Apple or the Second City, your version of pizza is a delicacy. You wouldn’t dare betray your city’s pizza by admitting you actually like the other one. That’s preposterous! And let me tell you, if you’re not from either city, sorry, you just don’t get it; pizza doesn’t occupy as big of a chunk of your heart if you aren’t from Chicago or New York. There are heated arguments for and against both pizzas, and you won’t find either style in Italy. So if that’s the case, then I guess both cities have lost since the Italians are the founding fathers of this wonderful dish. So, why can’t we all just get along?

I was born and raised in Chicago, so I think you know where my loyalties are, and I probably shouldn’t be writing an article that’s trying to settle the debate between both pizzas. I, like many other Chicagoans, have sworn to never watch Jon Stewart again as he so infamously made fun of Chicago and called our pizza a casserole or a wishing well. For your information Jon Stewart, if a Chicago deep-dish pizza was a wishing well, the only thing I would wish for is another order of Lou Malnati’s pizza, because it’s that addicting and that delicious. 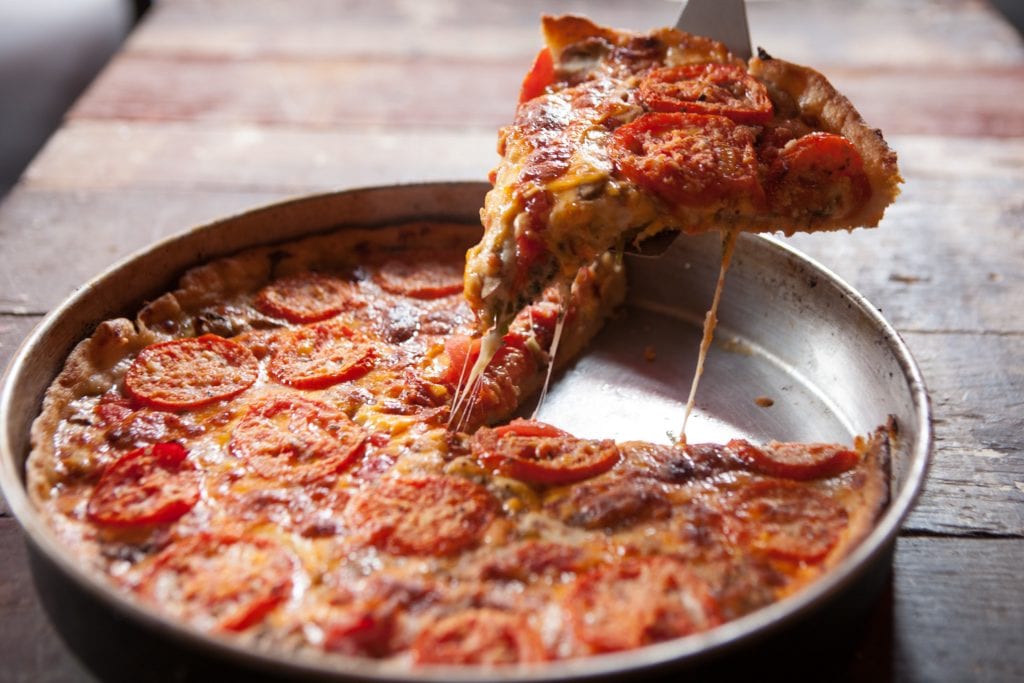 However, unlike many others from my city, I am one of the few who will actually admit that they like New York-style pizza. (I know, I know. I’ll probably have a mob of angry Chicagoans with torches and pitchforks on my doorstep tomorrow.) Some people have a sweet tooth, while I have a “salt-and-grease” tooth, which means I like all things smothered in butter or oil, fried or with mounds of cheese on it. So for me, what’s not to like about New York pizza? I mean, it’s gigantic, dripping with grease and cheese, and handheld, as many Americans don’t have time nowadays to sit down and have a nice meal that involves a fork and knife. New York pizza definitely hits the spot and makes you feel all warm and fuzzy inside once you scarf it down, but when you wake up the next morning, you can only look at yourself in the mirror with utter disgust as you wonder what the hell is that boulder sitting in my stomach. Don’t worry; deep-dish pizza has a similar effect.

Deep-dish pizza is something many Americans (especially New Yorkers) say they don’t understand. They say that layers of cheese and sauce on the top layer is simply not pizza, it’s a tomato sauce pie. I get irrationally upset if someone makes this argument because the first time I had deep dish pizza was truly life-changing; it was the first time I actually liked the crust on a pizza and the first time extra cheese actually meant having cheese drip off the pizza (which is how it should be.) Whether you like Chicago style pizza or not, you have to admit that you won’t find anything else like it. It’s truly an original delicacy. All Chicagoans have loyalties to a certain pizza place (mine’s Lou Malnati’s), but all in all, it’s a dish that brings our city together and makes it truly unique, because Chicago style pizza outside of Chicago is not the real thing.

So, where does this leave us? I just stated that I liked both kinds of pizzas— who wins? They both have strong points and weak points. In terms of originality, Chicago style takes the gold here. It’s just something you won’t find anywhere else. When my cousins come in from out of town, they automatically ask me to order a large deep-dish pizza. Sometimes I wonder if they’re more excited to see the pizza or me. Taste-wise, I’m going to have to give it to Chicago too. If you’ve ever had this argument with someone, then you probably love the taste of pizza (cheese and tomato sauce and other toppings to your liking.) With deep-dish pizza, adding layers and layers of them magnifies those tastes. However, ask anyone throughout the world what they think of when you say the word “pizza” and they won’t say “deep dish pizza.” It will probably be a rendition of thin-crust pizza, which is essentially New York-style pizza. So in terms of traditionalism, New York wins. 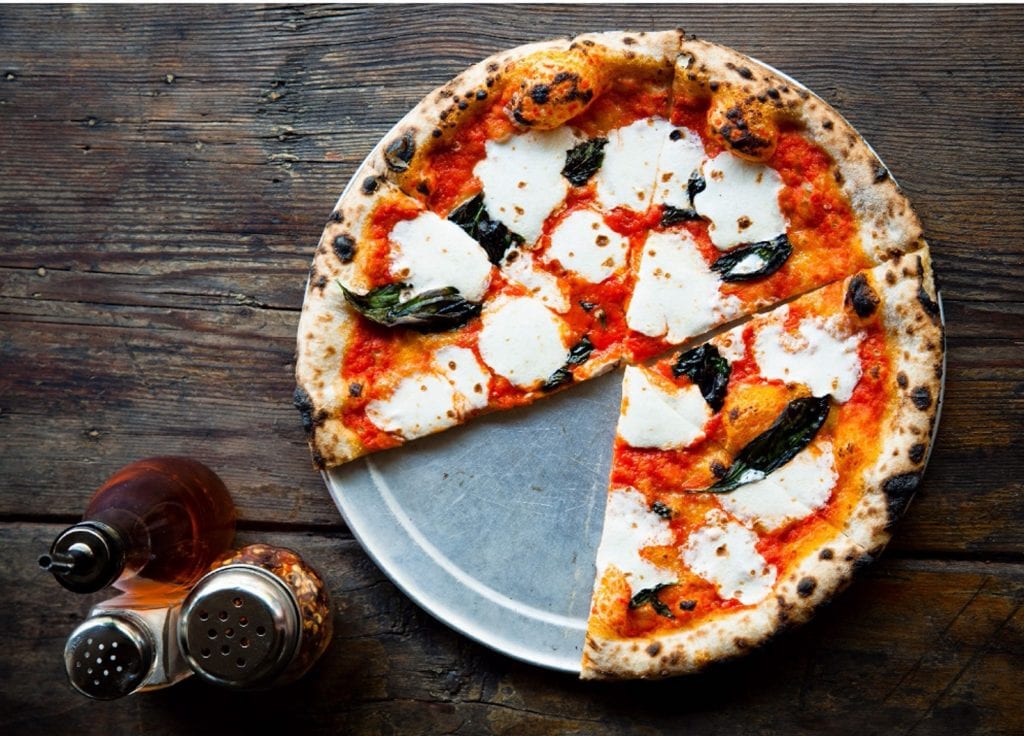 In conclusion, beauty is perception, and beauty, in this case, is pizza. It all depends on your liking or what you need. If you’re on the go, New York style is the best bet, and if you want to sit down with a big group of friends, Chicago style would be more ideal. So let’s just settle that both pizzas are great, and it’s a free country so you’re allowed to eat whatever kind of pizza you want. Let’s all get along and have a slice of pizza, no matter where you’re from.