Dina Merrill: Beyond the Billions

As the Princess of Monaco, Dina is a beautiful, blue-eyed blonde—and “ladylike,” a term which Hollywood does not apply to all its feminine stars. The fans don’t ask Miss Merrill for photographs. They ask for money. — The Palm Beach Post Jul 12, 1959

Dina Merrill has always been more than famous—she has a kind of poise and grace that continues to distinguish her among America’s social elites. With a net worth of approximately $5 billion, she is also one of the richest women in the United States. The actress, philanthropist, socialite, and entrepreneur who would eventually be dubbed “the new Grace Kelly” was born to one of America’s wealthiest families. Dina Merrill’s grandfather was C.W. Post, founder of the successful Postum Cereal Company (which would later expand to become the General Foods Corporation), and her mother was his only child, inheriting the multi-million dollar business at the young age of 27, after his suicide, making her the richest woman in America. Dina’s father was leading financier E.F. Hutton. The child’s upbringing reflected her high station, and she attended the prestigious Miss Porter’s School before studying briefly at George Washington University. 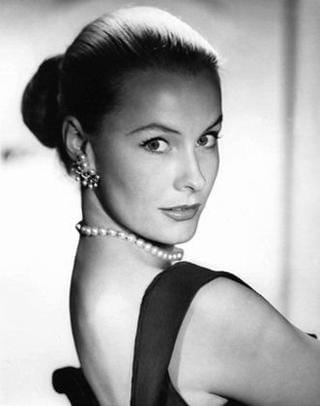 The New York Times once wrote that “Miss Merrill preferred studying dramatics to being a debutante.” After only a year at the university, Ms. Merrill dropped out to pursue an acting career. She enrolled at the American Academy of Dramatic Arts and, driven to master her craft, she continued with singing and performance lessons throughout her career. Her first roles were in stage productions, and she was later cast in over twenty films, including Operation Petticoat, Butterfield 8 with Elizabeth Taylor, Caddyshack II, True Colors, and Milk Money. Additionally, she has made numerous television appearances. Her decades-long career earned her a lifetime achievement award from the American Academy of Dramatic Arts in April of 2005. But Dina Merrill’s accolades extend beyond that of her entertainment career. She is also recognized as a generous philanthropist and fund-raiser.

Dina Merrill has served as vice president of the New York City Mission Society, a nonprofit that works to break the cycle of poverty for underprivileged children and families in the great city. She also founded the Juvenile Diabetes Foundation after her seeing the disease firsthand, following her son David’s diagnosis. Currently, she fills the role of International Ambassador for the highly respected Orbis International, which works to prevent and treat causes of blindness around the globe and operates the world’s only flying eye hospital.

Unsurprisingly, her eagerness to better the world has also taken the form of political activism. While Dina hadn’t fulfilled her father’s wish that she traded her passion for acting for the career of a congresswoman, she has nonetheless been greatly involved with the Republican Party. Traditional reverence for hard work (indeed, she once chose to support herself as an in-house model for Vogue for a “measly” $10 an hour) is paired with genuine compassion for others. She has been described by friends as a “staunch Republican with the heart of a Democrat.” A pro-choice advocate, Ms. Merrill supports the Republican platform’s recent facelift, but ultimately believes it falls short.

Dina Merrill did not stop chasing dreams when her greatest one, becoming an actress, came true—she just started helping others chase theirs. Through her patronage of the arts, charity work, and political activism, Dina Merrill has proven that she is not just a pretty heiress, but a force to be reckoned with.