On the heels of critically-acclaimed sold-out runs at Steppenwolf Theatre Company and The Miracle Center in Logan Square, Teatro Vista’s La Havana Madrid by Sandra Delgado extends its run at Goodman Theatre this summer, July 21 – August 20. Chicago’s fabled 1960s nightclub, La Havana Madrid, comes bursting back to life in “an immersive, wholly enjoyable experience” (Chicago Reader) complete with live music and “enough dancing and bonhomie to tempt you away from your little table down front” (Chicago Tribune). Directed by Teatro Vista ensemble member Cheryl Lynn Bruce, the production was inspired by true stories of Cuban, Puerto Rican and Colombian immigrants who found refuge in the nightclub. Delgado leads the eight-member cast (a full list appears below) as a mystical woman who conjures stories and vibrant songs performed live on stage each night by Colombian-American musician Roberto “Carpacho” Marin and his band of 30 years, Carpacho y Su Super Combo.

“My journey with La Havana Madrid is a dream come true. It has been an absolute joy and honor to share this story with my fellow Chicagoans and I am incredibly grateful that we get to keep the love alive this summer,” said playwright and co-star Sandra Delgado. “It is especially sweet to come home to Goodman Theatre, where I wrote La Havana Madrid as part of the Playwright’s Unit in the 2015/2016 Season. I cannot wait to invite audiences into the Owen Theatre, which will be transformed into the La Havana Madrid nightclub, night after night.” 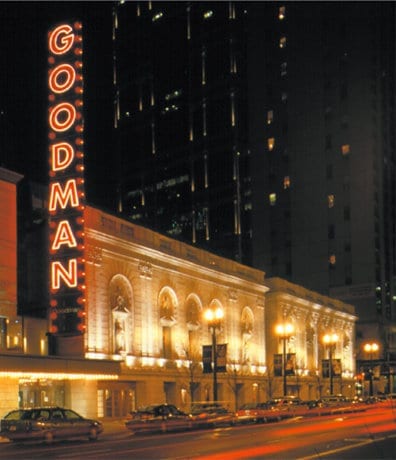 In the late 1950s and throughout the 1960s, Latinos from Caribbean countries such as Puerto Rico and Cuba settled all along Chicago’s lakefront, from North Avenue to Devon. Although from different countries, music brought them together. Their shared rhythms—African rhythms—became the guaguanco, the mambo, and the merengue. Now in the United States, these rhythms merged with traditional big band sounds and eventually became salsa. On the Northside of Chicago, a handful of Latino music clubs opened up: Coco Loco on Lincoln Avenue, The Mirror Lounge on North Avenue and La Havana Madrid on Belmont and Sheffield. Luis “Witto” Aloma, a Cuban-born player for the Chicago White Sox, opened the club in the early 1960s to create a place for his Cuban friends to drink coffee and play cards and dominoes. Along the way, La Havana Madrid grew into a more lavish supper club with live Cuban musical acts, before it changed hands and Puerto Rican TV and radio host took over the club. La Havana Madrid closed in the late 1960s and later became the popular folk club The Quiet Knight. Today, the same second-floor space is occupied by Milio’s Hair Studio.

Teatro Vista produces, develops and commissions plays that explore the wealth and variety of the human experience from a Latinx perspective. The company provides work and professional advancement opportunities for Latinx theater artists, with special emphasis on the company’s ensemble members, and seeks to enhance the curricular goals of Chicago students through theatre. Teatro Vista was recently celebrated as one of “Chicago’s Cultural Leaders” by the Arts & Business Council of Chicago and received the League of Chicago Theatre’s Artistic Leadership Award.

For the development of La Havana Madrid, Teatro Vista and Delgado received from The Chicago Community Trust and the 2015 Joyce Award. Delgado also received a 3Arts 3AP Project Grant and developed the script as a member of the 2015/2016 Playwright’s Unit at Goodman Theatre.

America’s “Best Regional Theatre” (Time magazine) and “Chicago’s flagship resident stage” (Chicago Tribune), Goodman Theatre is a not-for-profit organization distinguished by the quality and scope of its artistic programming and civic engagement. Founded in 1925, the Goodman is led by Robert Falls—“Chicago’s most essential director” (Chicago Tribune), who marks 30 years as Artistic Director this season—and Executive Director Roche Schulfer, who is celebrated for his vision and leadership over nearly four decades. Dedicated to new plays, reimagined classics, and large-scale musical theater work, Goodman Theatre artists and productions have earned hundreds of awards for artistic excellence, including two Pulitzer Prizes, 22 Tony Awards, nearly 160 Jeff Awards and more. Over the past three decades, audiences have experienced more than 150 world or American premieres, 30 major musical productions, as well as nationally and internationally celebrated productions of classic works (including Falls’ productions of Death of a Salesman, Long Day’s Journey into Night, King Lear and The Iceman Cometh, many in collaboration with actor Brian Dennehy). In addition, Goodman is the first theater in the world to produce all 10 plays in August Wilson’s “American Century Cycle.” For nearly four decades, the annual holiday tradition of A Christmas Carol has created a new generation of theatergoers.

The 2016 opening of the Alice Rapoport Center for Education and Engagement (“the Alice”) launched the next phase in the Goodman’s decades-long commitment as arts and community organization dedicated to educating Chicago youth and promoting lifelong learning. Programs are offered year-round and free of charge. Eighty-five percent of Goodman’s youth program participants come from underserved communities. Goodman Theatre was founded by William O. Goodman and his family in honor of their son Kenneth, an important figure in Chicago’s cultural renaissance in the early 1900s. The Goodman family’s legacy lives on through the continued work and dedication of Kenneth’s family, including Albert Ivar Goodman, who with his late mother, Edith-Marie Appleton, contributed the necessary funds for the creation of the new Goodman center in 2000.