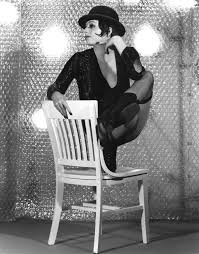 Since the age of 14 months, Liza Minnelli graced the entertainment business, as a jane of all trades. She has worked across multiple platforms: television, film, theatre, and music. Her remarkable presences have never gone unnoticed, winning Tony Awards,  Academy Awards, Golden Globes, and an Emmy.

Due to health conditions, Liza took a break from her most recent tour titled “Just Liza”. We wish her the best of health and recovery. Liza seems to shine brightest when performing live, and her contribution to the theater is staggering. From “Chicago” to the multiple one-woman shows, she has dazzled and captivated fans for decades.

As we throwback with Liza this Thursday, we remember all the radiating times she stole the spotlight on stages and screens and excited to continue following her successful career. 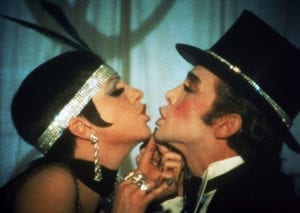 Liza as Sally Bowles, and Joel Grey as Master of Ceremonies, in the infamous “Cabaret”. Even though she did not get the part in the Broadway Play, but for some reason, she always knew that she would secure the role in the film.

Liza Minnelli was a staple on the cult classic “Arrested Development”, as Lucille Austero aka Lucille 2. She brought such great slapstick comedy to her role, which included living with vertigo and sleeping with almost every male member of the Bluth family. Talent is obviously in her family genes, here is Liza with her mother  Judy Garland. Besides her famous mom, she also had her father Vincente Minnelli, a famous director. It’s rumored that Liza practically grew up at MGM studios, which just continues to prove her destiny as a superstar.

Liza Minnelli has entertained millions, won numerous awards and given all of us so many great memories. Here she is taking part in one of the widely known Ellen selfies, from the recent Golden Globes.  She has so much personality and continues to wow us all. We simply love Liza!
Share this: