Overflowing with a history of 5,190 films in consideration from 95 countries, the 53rd Annual Chicago International Film Festival kicked off on October 12th at the AMC River East 21 movie theater.


Based upon the true account of young lawyer Thurgood Marshall years before he was appointed the U.S. Supreme Court, Chadwick Boseman stars as Thurgood Marshall, sent to Connecticut by the NAACP to defend a black chauffeur against their wealthy employer in a sexual assault and attempted murder trial; which quickly escalated into a sensational tabloid scandal. Thurgood Marshall teamed up with Jewish lawyer Samuel Friedman and encountered an excess of tension and prejudice during his quest to discover the truth. Co-starring Josh Gad and directed by Reginald Hudlin, Marshall is set in the time period just before WWII and was produced by accomplished Hollywood talent agent Paula Wagner. Rounding out the cast are Kate Hudson, Dan Stevens, Sterling Brown, and James Cromwell.

Besides Marshall, the 53rd Annual Chicago International Film Festival festival boasts a history of 3,500 shorts, 646 documentaries, and 1,044 feature films, including 15 movies from outside the U.S. that are being considered for the 89th Academy Awards. As the parent organization of the Chicago International Film Festival, Cinema/Chicago’s mission is to “Foster better communication among people of diverse cultures through the art of film and the moving image.” Their devotion and dedication to this mission were very apparent to all visitors on this spectacular opening night. 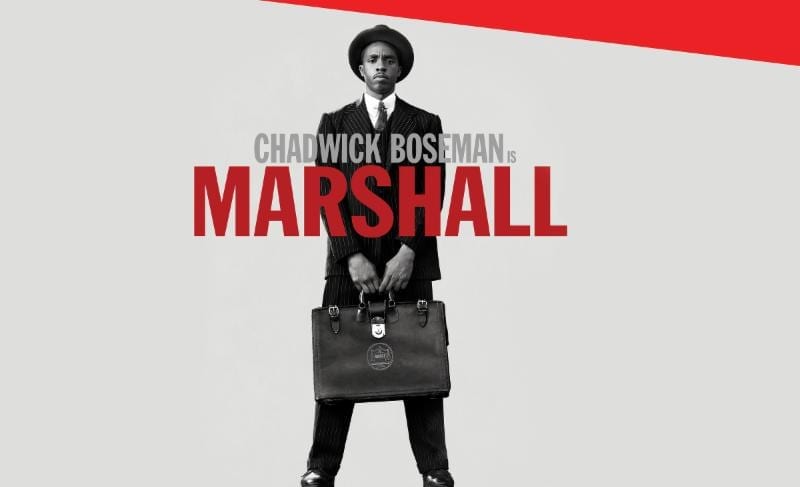 If Marshall was any indication of the entertainment in the schedule for the film fest, then Chicago will be delighted with this 15-day movie marathon, spotlighting talent from around the globe. Congratulations to Michael Kutza, C.E.O. and Founder of Cinema/Chicago for once again showcasing up and coming actors, directors, and producers from the U.S. and abroad.