Friends of Prentice Women’s Hospital recently celebrated their 32nd annual benefit in spectacular style with “Remember When,” an exciting 1980’s inspired party. Over 400 loyal followers gathered at the Radisson Blu Aqua Hotel to show their support and raise awareness for women’s health issues. 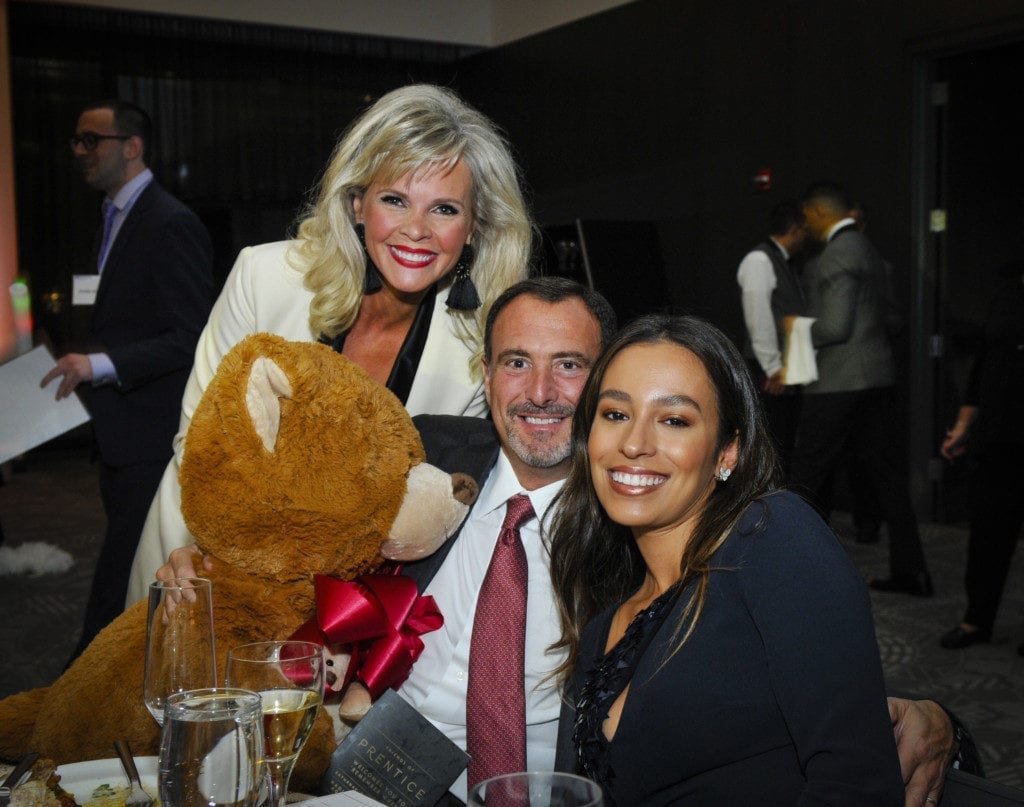 Since their first fundraiser in 1985, Friends of Prentice has raised an astonishing $20 million to carry on their never-ending research and developments. Being “Committed to superior healthcare spanning the full spectrum of a woman’s life, along with funding leading-edge initiatives that improve the quality of health for women and infants” is their devoted mission statement.

Throughout the evening, several talented doctors were honored for their significant achievements. Craig Garfield, MD and Young Seok Lee, Ph.D., were awarded a grant earlier this year to continue developing a new program to help parents with new-borns in the National Intensive Care Unit. Also recognized for her grant to create an integrated model for pre and post-natal mental health care was MD Emily Miller.

Highlighting the evening was an entertaining live auction, featuring an exclusive getaway to Dubai and Maldives. A stunning 35mm steel Bulgari watch, a trip to Napa Valley, along with a golfing excursion to Whistling Straits also kept this festive crowd on the edge of their seats as bid after bid kept the excitement rising.

An in-depth video clearly demonstrating doctors’ and nurses’ accomplishments provided all party goers to “Remember When” with some unique insight as to the Prentice Hospital’s mission being put into action on a daily basis. In the spotlight during the video presentation was Lesley Duffy, who was diagnosed with Stage IV lung cancer in October of 2015, while she was 28 weeks pregnant. Lesley prematurely delivered her baby daughter when she was just 31 weeks pregnant. Because of several complications and side effects, she stayed at Prentice Women’s Hospital for two months after giving birth but was not able to speak. An unbelievable team of 1,000 doctors, nurses, and palliative care specialists attended to Lesley and new-born daughter Camden at the Feinberg Pavillion and Prentice Hospital during this time period. Two years later, Lesley Duffy has miraculously regained her speech and fully regained her strength.

To clarify, Friends of Prentice is a charity organization, combining the talented resources of a diverse volunteer board for the common purpose of advancing healthcare for women and their babies. This exemplary non – profit organization works in conjunction with Northwestern Hospital and excels by investing in groundbreaking technology and medical advancements.

Thanks to all philanthropic donations and volunteers, Friends of Prentice is able to continue their pursuits and provide hope for thousands of women.

Congratulations to Board President Chris Newton and co-chairs Meghan Gill and Erica Goldman for a memorable evening that raised a remarkable $800,000 for an outstanding organization!