Beverly Johnson – The Face That Changed It All 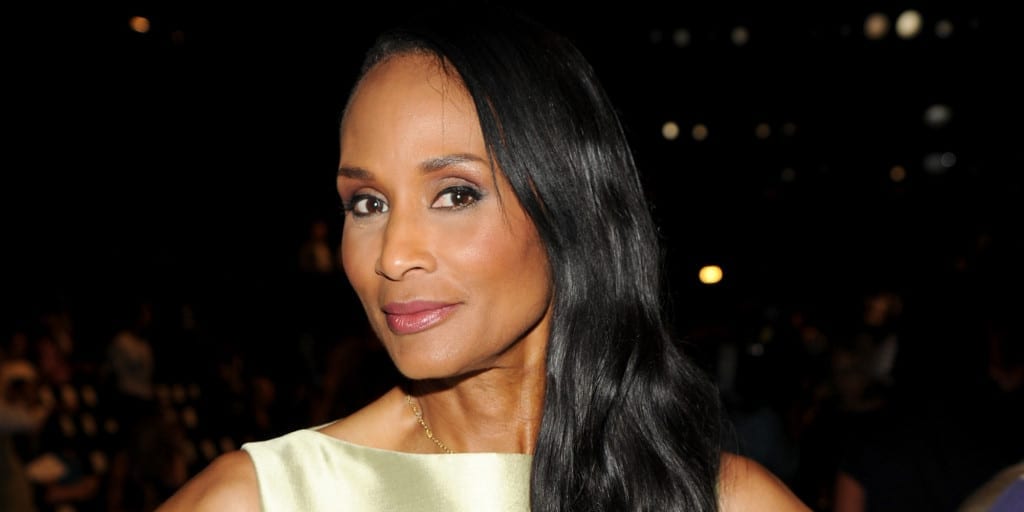 When I hear the name Beverly Johnson, I immediately think of the beautiful African-American woman I grew up emulating in the mirror when I was a little girl. Idolizing the first woman of color to grace the cover of the prestigious Vogue magazine in 1974, many young black girls hoped to one day be as striking and desired as Beverly Johnson. However, the world was clueless as to the reality behind the perfectly chiseled features and statuesque figure. Once described by the brutally cold high fashion industry as a “Barbie doll dipped in honey,” Johnson’s memoirs in The Face That Changed It All describes the love/hate relationship with an industry that took her to great heights and then drove her to unimaginable lows of suicide, a cocaine “secret sauce” addiction, mafia dealings, and dark encounters with such powerful Hollywood moguls as Bill Cosby.

The 62-year-old takes readers on a journey from an ordinary, quiet childhood in Buffalo to wild nights at the exclusive and infamous New York nightclub Studio 54 where she entered but did not leave for three days straight. The Face That Changed It All recalls a young Johnson being urged by a former boss and a college roommate to pursue modeling. After losing her summer job in her freshman year of college, a 19-year-old Johnson felt she had no other choice but to look into an industry she knew absolutely nothing about. The book tells a somewhat funny but telling story of Johnson’s father believing his daughter was entering into a world of prostitution while her mother thought the modeling industry was her daughter’s golden ticket. Two Amtrak tickets later, Johnson and her mother, against her father’s wishes, arrived in New York’s Time Square for her first meeting with Korby Pleasant, manager of the prominent Jax’s Fifth Avenue boutique frequented by the late, former first lady Jackie Kennedy and business mogul Leona Helmsley. The rest is history.

Johnson went on to prove her mother’s hunch to be right. Successfully knocking down color barriers and appearing in popular magazines that only featured Caucasian models, a rich, glamorous new world opened up to her daughter. Her father’s theory of prostitution, however, was not too far off either. Johnson, like many models and actresses, encountered her share of directors and producers propositioning advancement in exchange for sexual favors. The world has become quite familiar with one particular alleged encounter. Johnson simply titles that chapter, Mr. Cosby.

Claiming that the Hollywood powerhouse Bill Cosby drugged her in an attempt to have non-consensual sex, Johnson was faced with much backlash as to why she waited to come forward in 2015 about an incident that allegedly took place back in the 1980s. Many questioned whether Johnson was actually secretly involved with the mogul with promises of landing a role on the hit sitcom The Cosby Show. Allegedly Cosby reneged on his end of the deal after Johnson reportedly called his home at an inappropriate hour, asking Mrs. Cosby to put her husband on the phone.

The Face That Changed It All sheds a different light onto what happened on that day in the Cosby home. While possibly taking her juiciest secrets to the grave, as a woman should, that Johnson is exposing her truths is quite admiral and inspiring. Surviving failed high profile relationships, three decades in one of the toughest industries, and substance abuse, Johnson is an example of resilience with a spirit that refuses to die. Fans will learn her beauty does not compare to her heart and soul.

Believing African Americans must pass down stories to preserve history, Johnson has made sure her legacy is documented. A trail blazing pioneer in the beauty industry on the heels of the civil rights movement, she earned her stripes and rightfully listed in Time magazine as one of America’s most influential figures. At the age of 62, she wears her life experiences like a badge of honor. I think what readers will enjoy and appreciate most about The Face That Changed It All … Johnson has no shame and absolutely no regrets.