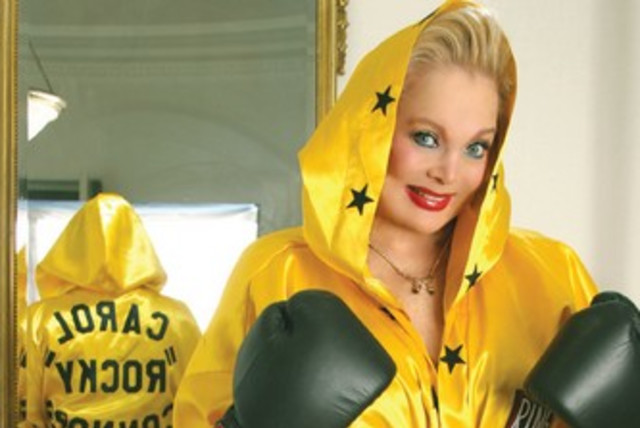 Carol Connors is one of the female pioneers of music for film and TV in an industry dominated by men. Her music has touched millions of lives across the globe. After years of not slowing down in the industry, Carol will make her Catalina Jazz Club debut, appearing for one show only this May.

You might know her as the only woman to ever write a hit hotrod song, or as the Academy Award nominee for co-writing the hit theme song, ‘Gonna Fly Now’ for the film Rocky.

Carol Connors is one of the female pioneers of music for film and TV in an industry dominated by men. Her music has touched millions of lives across the globe. After years of not slowing down in the industry, Carol will make her Catalina Jazz Club debut, appearing for one show only on May 19, 2022.

“If you don’t eat it, sleep it, think it, drink it, need it – forget it! You have to be that dedicated. You must believe in yourself…” – Carol Connors.

From Start To Beyond

The two-time Academy Award Nominee wasn’t always known by the name Carol Connors. She was born Annette Kleinbard but legally changed it.

The start of a fruitful career commenced with her role as the lead singer of the pop vocal trio, known as the Teddy Bears.

The Teddy Bears’ only major hit, “To Know Him Is To Love Him“, which Spector wrote specifically to showcase Connors’ singing voice, reached No. 1 on the Billboard Hot 100 in late 1958, also becoming the first woman to chart.

While the group disbanded later, Carol continued to share her voice and gift with the world.

She co-wrote Gonna Fly Now, the theme song from the hit film Rocky, with Ayn Robbins and Bill Conti. This earned her an Academy Award nomination.

Carol also sang the theme to the film Orca, called “We Are One”.

Her many song credits include film and documentary theme songs, album contributions, and more.

The songs include the Rip Chords’ 1964 hit “Hey Little Cobra”,1980 Billy Preston/Syreeta Wright duet “With You I’m Born Again”, 1994 title track “For All Mankind”, 1967 beach-party film Catalina Caper features her song “Book of Love”, The Rescuers: “Tomorrow Is Another Day”, “The Journey” and “Someone’s Waiting for You.

In 1999, a Golden Palm Star on the Palm Springs Walk of Stars was dedicated to Carol. Asides from her two-time Academy Awards Nomination, Carol also holds nominations for five Emmys, one Grammy, two Oscars, and two Golden Globe Awards.

She is a cat-lover and has been both an entertainer and national spokesperson for Adopt-a-Cat month by the American Humane Association.

A Catalina Jazz Club Debut For The Star, The Gift, The Woman: Carol Connors.

Come Thursday, May 19th, Carol Connors will make her Catalina Jazz Club debut, which promises to be an intimate night of incredible personal stories and songs in a rare live performance. 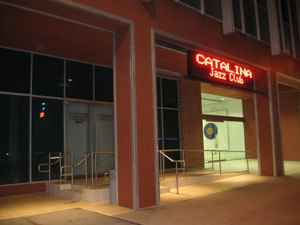 Other performers, such as Lloyd Coleman, will be present and the evening hosted by Dan Gore.

You can purchase tickets to the event here now.

0 comments to " Carol Connors at The Catalina Jazz Club "