As part of this year’s Halloween festivities, and following in the footsteps of former Mayor Daley’s Halloween Ball, Cinespace President Alex Pissios has created the first annual Galaween, held at Cinespace Chicago Film Studios. The event, presented by the Pissios and Mirkopoulos families, benefitted the CineCares Foundation. 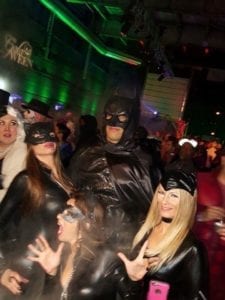 Cinespace Film Studios was founded 25 years ago by the late Nikolaos “Nick” Mirkopoulos as the first large-scale movie facility in Canada. It has grown to include the Cinespace Chicago Film Studios, which covers nearly 52 acres near the Pilsen neighborhood, and specializes in the operation of studio facilities. It is home to the production facilities for many television programs including NBC’s “Chicago Fire” and  “Chicago P.D.” as well as Fox’s “Empire”.

The CineCares Foundation was created in 2014 to fulfill the legacy of Mirkopoulos, who believed it was important for businesses to nurture the communities they reside and work in. The foundation seeks to make Chicago a better place for children and families impacted by violence in their communities by providing resources, encouraging education initiatives through scholarships and raising money for anti-violence campaigns. 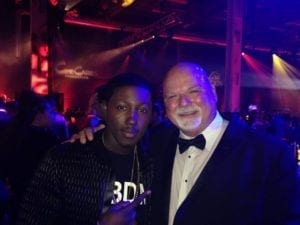 It was exciting to see so many people involved in such a spooktacular event for such a wonderful cause.

Actors in attendance included S. Epatha Merkerson, Elias Koteas and Jesse Spencer, among others, and the 13-piece Mo Fitz Project entertained the huge crowd with LaRoyce Hawkins of “Chicago P.D.” joining in for a few songs. 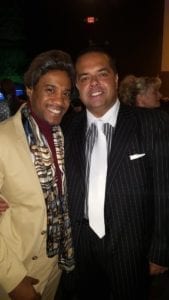 The first annual Legacy Award recipient was Joakim Noah who was honored for his work against violence. Along with his mother, they formed the Noah’s Arc Foundation, which “provides diverse opportunities for kids to become more aware and conscious of their ability to make a positive impact on themselves and their community.”

Thanks to the efforts of those involved in debuting this event, and those in attendance, this annual fundraising gala is sure to continue to bring much-needed awareness to the violent issues affecting communities as well as providing the resources and education necessary for today’s youth to become tomorrow’s leaders.

Thank you, Cinespace, for allowing the magic of television and filmmaking to have such a positive effect on our beautiful city. 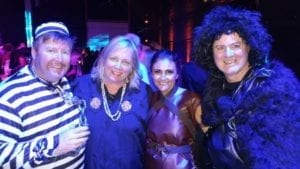 For more information on CineCares Foundation, or to make a donation, please visit CineCaresFoundation.org