I am highly looking forward to covering this year’s International Jumping Competition in Barcelona. This year will mark the organizations 107th show, with patrons flocking from all over the world to watch the incredible horsemanship and incredible feats.

I’ve been involved with horses most of my life, but this is truly a very special event, International Jumping Competition. Covering this event previously was my first time in Barcelona, where I was hosted by Jose “Felix” Bentz, a very influential and prominent man in Spain. His exhibits and offices are located in the El Reial Cercle Artistic Institut Barcelona. 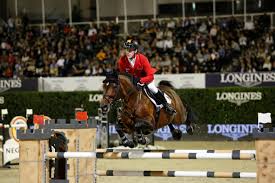 A total of 18 from the different world leagues will compete at the Longines FEI Jumping Nations Cup™ Final. The final will consist of three competitions. The top eight teams from the opening class will go to the third and final competition, while the remainder will compete in the Longines FEI Jumping Nations Cup™ Final – Challenge Cup which will be held prior to the Final competition of Saturday.

Here is a little look back at previous years covering the CSIO International Jumping Competition in Barcelona.