Face the Future Foundation, an organization committed to improving the lives of children with craniofacial differences, celebrated its efforts with their record-breaking gala, Motown Magic, raising $670,000 for the cause. The foundation, whose aim is to “improve the lives of children with craniofacial differences by creating a culture and community of acceptance and supporting their unique physical and emotional needs”, benefits the life-changing work of UI Health’s Craniofacial Center.

The black-tie soiree held at the Four Seasons Hotel in Chicago was attended by approximately 400 supporters. Guests arrived at a pre-dinner reception complete with a silent auction featuring over 100 items including hotel packages in Greece and New York, as well as first-class dinner, theater, sports, and luxury experiences.

Following the reception, guests moved to the Grand Ballroom where they were greeted by the sounds of Motown performed by “The Temptations” impersonators. Their rendition of “Get Ready” set the stage for the night hosted by Lourdes Duarte, WGN TV anchor and lead investigative reporter who graciously served as the evenings Master of Ceremonies. She welcomed guests and introduced gala chairs Isabell and Gus Abello, who shared their gratitude for the evening’s cause and the sponsors who made the night possible. Special recognition was given to presenting sponsor Chicago Title. “We are honored to chair this year’s gala and in so doing participate in a small way in the miraculous work that is being performed at the Craniofacial Center,” said Gus Abello.

The organization’s President, Rob Grant, followed the Abellos speech by presenting the President’s Award to Mary E. Genet, a long-time board member and supporter of the Face the Future Foundation. The award recognizes contributions and commitments that assist the foundation in carrying out its mission and purpose.

Joshua Dixon was awarded the foundation’s first Adrienne L. Green Scholarship. In December 2007, at just eight years old, Joshua was mauled by his family’s two pit bulls when he returned from school. From that moment his life was changed forever. Discovered by his father, the dogs had torn off most of his face – his nose, ears, layers of skin and muscle. Since that day Joshua has undergone 59 surgeries for facial reconstruction. In addition to surgeries and treatment at Comer Children’s Hospital, Joshua implant surgeries have been at UI Health Hospital and his prosthetic care at the Craniofacial Center. Joshua will receive ongoing care for the rest of his life.

Joshua’s acceptance of the scholarship was incredibly moving and further solidified the foundation’s purpose and necessity within the community. Following Joshua’s speech, an appealing video was shown, inviting guests to meet Lila Napientek whose young life was improved by the work of the foundation. You can view the appeal video by clicking here.

After the presentation, guests participated in a paddle raise and spirited live auction bringing in a combined total of over $350,000. Highlights of the auction included an in-home cooking class with celebrity chef Graham Elliot, who was in attendance, and graciously added a second in-home experience when the first reached $12,000. Additional auction items included vacation experiences throughout Europe and the Bahamas and a private cocktail reception for 50 at one of Chicago’s oldest and most elegant private clubs.

The night was a wonderful success for an incredible cause. The gravity and impact of the work done by Face the Future Foundation and UI Health Craniofacial Center show such compassion and purpose for helping young lives reach their fullest potential and overcome craniofacial differences. 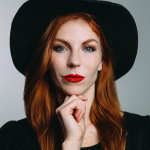