Expo Chicago kicked off its 6th Annual show at Chicago’s Navy Pier with its Vernissage private viewing. A virtual art extravaganza attended by 38,000 people last year, Expo Chicago boasts 170,000 square feet, offering a dynamic range of art attractions for all visitors to enjoy for five days in a row. 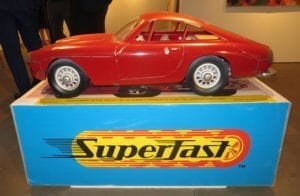 Originally started in 1979 and resurfaced six years ago, Expo 2017 is the most global one yet, partnering with Palais de Tokyo (a modern art museum in Paris) for its first U.S. exhibition. In association with the show at Navy Pier, various art projects were on display at the Roundhouse at Du Sable Museum, highlighting 11 emerging artists from France and Chicago. “Singing Stones” and other works are all in conjunction with the Chicago Architecture Biennial. Dating back to the 1890s and originally intended to be stable, the Roundhouse was designed by Daniel Burnham and has not been used for over 50 years. 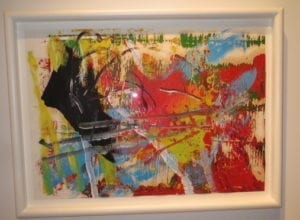 Also new for Expo 2017 is School of Art Institute teacher and artist Nick Cave collaborating with Jeanne Craig in “Here Hear Chicago,” a show that combines performing, artistry, and design. Performers engage in a series of live productions on stage, interacting with fabricated objects designed by Jean Gang and her group, the Studio Gang. Not to be overlooked is “Override– A Billboard Project” another new project. Co-presented by the Dept. of Cultural Affairs and Special Events, their clever adjectives and images can be viewed on digital state-of-the-art billboards along the Eisenhower expressway. 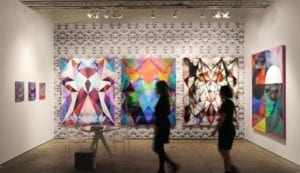 Appealing to everyone from serious global collectors to novice artists to weekend tourists, Expo Chicago has something for everyone to enjoy; and its attractions and quality of artistic works only gets better with every passing year.