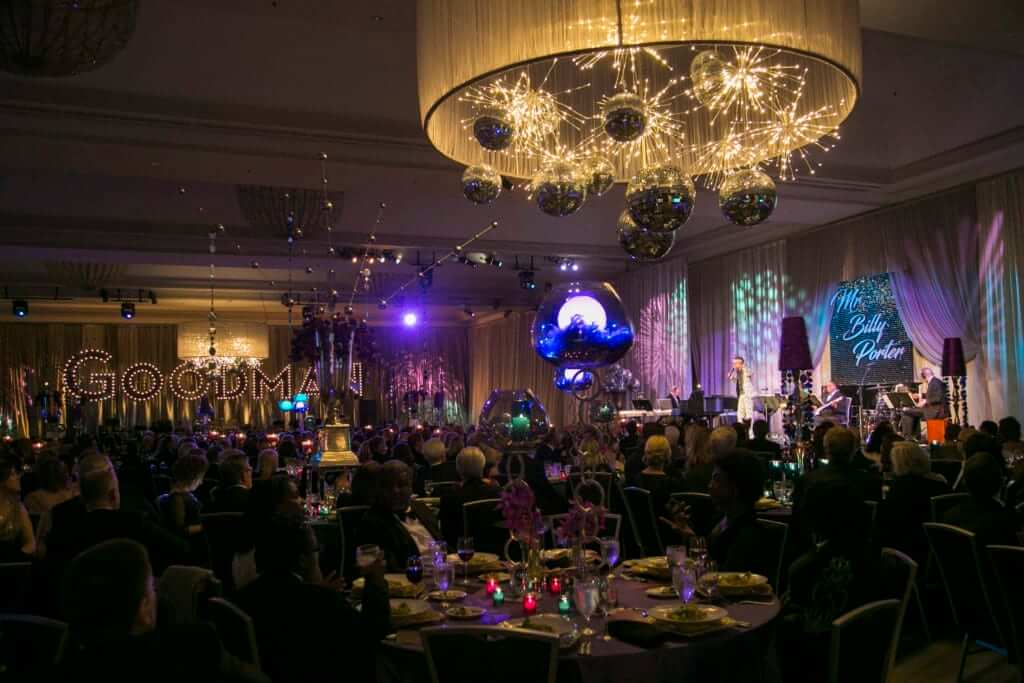 Through its award-winning productions and various civic programs, Chicago’s Goodman Theatre demonstrates the vital role of art institutions in the enrichment of our communities. Philanthropic support of the arts keeps them alive in America, and the Goodman Theatre’s “Sequins and Soul” Spring Gala succeeded in raising nearly a million dollars to further its initiatives. More than five hundred guests attended the fundraiser, the proceeds of which benefit programs such as the School Subscription Series, PlayBuild Youth Intensive, and Cindy Bandle Youth Critics, all of which serve the Chicagoland area where public programs fall short. In fact, of the participants of theatre’s youth programs, eighty-five percent are from underserved communities.

Over the years, public spending for arts programs has declined. Art and music classes are often the first cut when public schools need to stretch their budget. Whether at the state or local level, when it comes to public dollars, the arts are often considered expendable. Now with the national debt about to hit a landmark $20 trillion, the president and Congress face difficult decisions as they craft a budget. Many of us have already heard that spending on the arts is again on the chopping block.

The “Sequins and Soul” gala was presented by the Goodman Theatre Women’s Board, which has been instrumental in enlisting philanthropic support. Led by President Cynthia K. Scholl, the Board is involved in numerous fundraising efforts throughout the year. “Sequins and Soul” was co-chaired by Women’s Board members Denise Stefan Ginascol, Wendy Krimins, and Diane Landgren, along with Kristine R. Garrett of the Board of Trustees. Civic Host committee members Linda and Peter Bynoe were honorary co-chairs. The dedication of all these individuals deserves great respect and appreciation.

Following a cocktail hour with appetizers, patrons enjoyed dinner in the Imperial Ballroom of the Fairmont Chicago, which was beautifully adorned with sparkling sequins and designer tabletops. Headlining the gala was Billy Porter, the Tony and Grammy Award-winning performer known for his portrayal of Lola in the Broadway musical Kinky Boots, and for his roles in Grease, Dreamgirls, and Sundance Film Festival featuring The Broken Hearts Club. Porter has also appeared on several popular television shows like Law and Order and So You Think You Can Dance and released solo albums, the most recent of which being Billy’s Back on Broadway. Porter’s energy was contagious as he performed selections from his latest album as well as Broadway favorites. The night ended with dessert and dancing.

Social impact of the generosity of guests and sponsors cannot be overstated. Continued funding for the Goodman Theatre and other artistic institutions not only enhances the lives of program beneficiaries but also shapes the city’s cultural identity. Chicagoans are proud to be part of a city that extols artistic creation, and at events such as the Goodman Theatre’s annual gala, they prove it.