Recognized as a “Gala benefit to support world-class performance, education, and community outreach,” Jubalee…Tap Into the Night honored Patti Eyler, Charles Gardner, and the MacArthur Foundation (among others) for all of their years of generous support. 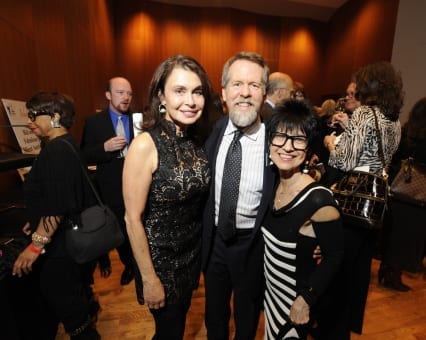 Starting promptly at 5:30 P.M. with a welcome cocktail reception and silent auction, broadcasting legend Bill Kurtis hosted this significant event in front of a full house of loyal tap dance supporters. After an informative introduction by Bill Kurtis, MacArthur Fellow Reginald Robinson entertained the crowd on his piano with a jazz music style referred to as “Ragtime.“ Inspired in 7th grade after hearing Scott Joplin’s “The Entertainer,” Reginald decided to seriously pursue the art of playing ragtime music. In 1992 he made his first recording “The Strongman“ and 12 years later he accepted the prestigious MacArthur Fellowship
Award for his ragtime ingenuity. A delightful dance number by C.H.R.P.’s ensemble BAM! followed, known for their international productions in such exotic locations as Beijing and Barcelona.

Next, an exhilarating presentation by the Movement Revolution Dance Crew proceeded, capturing everyone’s undivided attention. From the south side of Chicago and directed by Monternez Rezell, this invigorating group blends street culture with concert dance routines, yet at the same time manages to acknowledge hip hop culture.

Between some impressive demonstrations by Greg Spyro on the piano, the Chicago Youth Symphony Orchestra Steel Pan Ensemble, and the Happiness Club, tap dancer extraordinaire Lane Alexander dazzled the crowd with his “renaissance of tap and percussive dance” routines. Spanning over 30 years, his talented career brought him to performing in such exclusive places as Carnegie Hall with the New York Pops and the London Philharmonic Orchestra at London’s Royal Festival Hall.

At the end of the evening, veteran auctioneer Jim Miller took to the stage with an exciting live auction. Known as the “auction entertainer,” his 20 years of experience and a terrific sense of humor helped raise an impressive $8,000 for just three items: a Mexico spa package, Tap Into the Thanksgiving Day Parade, and dinner with Tommy Tune.

A special thanks go out to host and benefit co-chair Diana Harris, along with all of the other co-chairs including Lane Alexander, Judith Blank, and Michael Foster for coordinating such an extraordinary celebration. The future of the Chicago Human Rhythm Project is definitely in good hands with all of the loyal supporters who attended this magnificent event for an organization that has an abundance of talent, personnel, and endless accomplishments to show for a quarter of a century of endeavors. 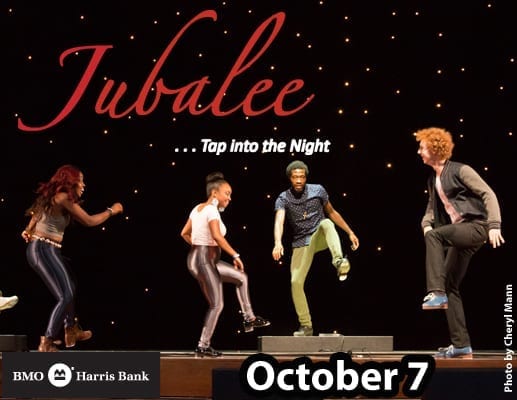