A Video Journey With Morgan Heritage

Ever since the introduction of music videos back in the early 80s, we’ve been fascinated to see what our favorite artists and bands will come up with to go along with their particular sound. This is especially true with the release of a new album or the start of a tour, which is what brought us to take a visual trip with Morgan Heritage whose most recent album, Avrakedabra, is taking them across the states. They perform in Chicago on Wednesday, September 13 at Subterranean (2011 W. North Ave). Papa G and Cosmos Ray of Simmer Down Sound join the show. 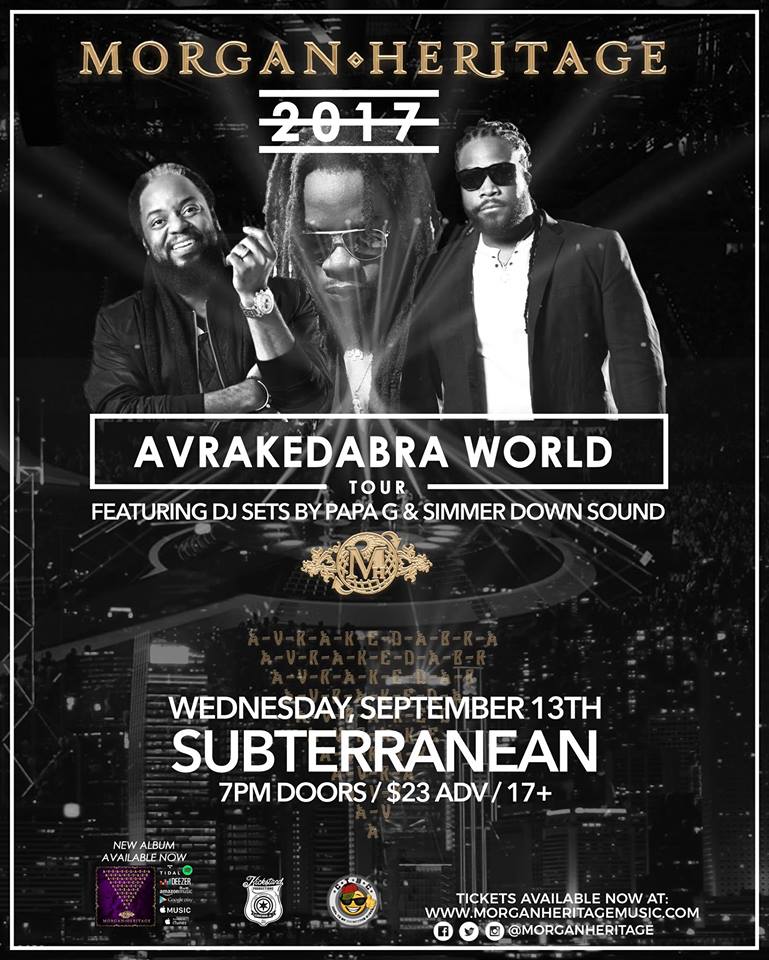 If you’re new to the modern reggae sounds of Grammy award winning Morgan Heritage, we’ll give you a quick recap before you head out to see their magic, live! A little reggae in Wicker Park is what keeps our city so vibrant. Tickets are available here.

The band has been around since the 90s, playing traditional roots reggae music along with elements and sounds reminiscent of the New York and Massachusetts neighborhoods some of the members grew up in. With more than ten releases, their most recent recording is titled Avrakedabra and features artists like Mr. Talkbox, Ziggy Marly, Kabaka Pyramid, Stephen Marley, and Dre Island. The title was chosen as a symbol of their exploration into a new era, whatever that era is, based on where their music takes them.

The 14 tracks also feature the group’s foray into meshing traditional reggae with pop, hip-hop, country, and R&B. Avrakedabra was produced by Shannon Sanders and includes musicians Ethan Long (Kings of Leon), Mitchum “Khan” Chin, Danny “Bassie” Dennis and Gil Sharone among many others.

And now, it seems appropriate we start this video journey with a mini-documentary that takes us on their last world tour…