The Hampton Classic 2017 in Bridgehampton, NY, is one of the most high-profile and elegant equestrian events in the nation. Held annually, it showcases the very highest levels of jumper competition and hosts the top tier of riders and horses from all over the world. The elegance of the Hampton Classic can instantly be felt by all attendees, and the general mood of every guest was light-hearted and pleasant. It was quite a thrill to be seeing the top level performance from both riders and horses! Having the pleasure of knowing all the riders made this year’s competitions even more exciting. 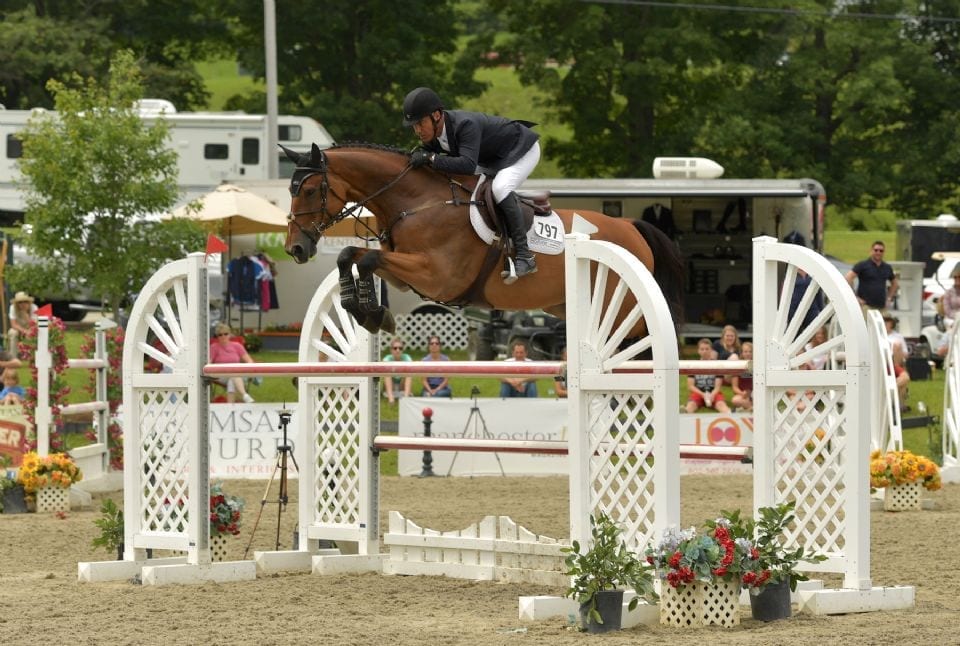 This year’s Hampton Classic took place between August 27 and September 3. Not only did it feature over 200 classes in six beautiful show rings but, the Classic also boasted a Boutique Garden with more than 70 vendors for shopping, and a wide selection of dining options on the 60-acre showground. The table settings especially were quite impressive this year.

Rider and Olympic veteran Daniel Bluman started the competitions out strong on Thursday, August 31, first winning the $40,000 SOVARO Speed Stake on horse Bacara d’Archonfosse. He went on to win the $86,000 Douglas Elliman Grand Prix Qualifier presented by Longines the next day.

Bluman was born in Colombia and has represented that country in two Olympic Games, but will compete for Israel starting this year. Bluman’s win on Friday also earned more than $11,000 for the Michael J. Fox Foundation for Parkinson’s Research, in conjunction with the Hampton Classic’s Jump for Charity program.

Sunday, September 3 saw the $25,000 Campbell Stables Show Jumping Derby, presented by Boar’s Head, won by Yasmin Rizvi and mount Lumiere. This competition was made even more exciting by the fact that Rizvi won by only milliseconds in front of Coco Fath. Fath’s jump-off time was an impressive 39.374 seconds, but Rizvi’s gallop down to the last jump earned her the advantage of a fraction of a second, stopping the clock at 39.365 seconds. Rizvi and her horse Lumiere were also awarded with the Swan Creek Trophy, as the 2017 Junior Jumper Champions. The trophy was presented by guest Carole King, one of many prominent attendees at this year’s festivities.

Daniel Bluman’s wins on Thursday and Friday were not the only times he took a victory lap around the grand prix field, however. Sunday also saw the $300,000 Hampton Classic Grand Prix CSI, presented by SOVARO, won by Bluman on horse Ladriano Z. Bluman was third to jump off, following not only Brianne Goutal, but also reigning Longines FEI World Cup Champion and six-time Hampton Classic Grand Prix champion McLain Ward. Both Goutal and Ward ran into difficulty on the track designed by Ireland’s Alan Wade, and Bluman came away as the only rider with a clean round in the jump-off.

Despite Bluman taking home the biggest prize of the week, all three riders received Longines watches and bar items from sponsor SOVARO. The Hampton Classic also honored Brianne Goutal’s long-time mount Onira with a lovely retirement ceremony in the Grand Prix ring. As Goutal and Onira exited the ring for the last time together, there were tears in more than a few eyes.