Music In The Air 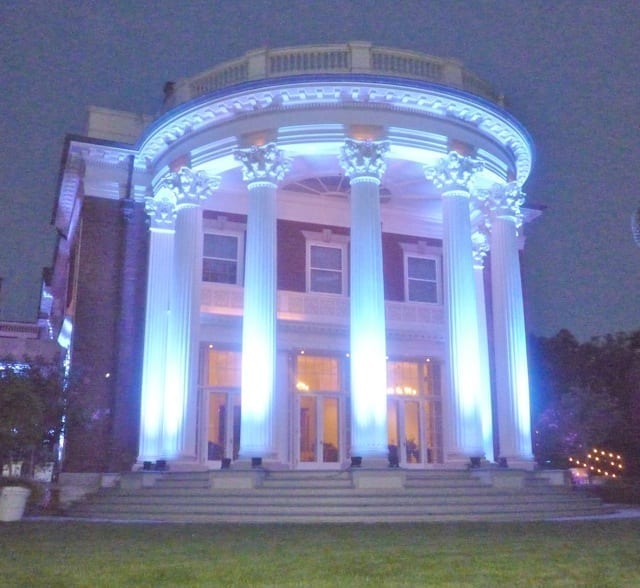 “MUSIC IN THE AIR” lived up to its name and reputation at Richard Driehaus’ spectacular social summer party took place on Sat., July 30th. Hundreds gathered at his classic country estate in Lake Geneva, Wisconsin for this annual celebration under an azure blue summer sky. Celebrity look-alikes mingled with the crowd who feasted on signature summer picnic items such as hamburgers, hot dogs, chicken, sumptuous vegetarian dishes, etc. at the many tents set up across the plush green acres. Adding to the ambiance were classic automobiles from the 1940’s, 50’s, and 60’s which were on display like Picassos on wheels.

Complimenting this festive atmosphere were various singers and dancers who entertained the many guests who gathered at several outdoor bars dotting the landscape outlining the crystal blue pond which mirrored the image of the magnificent Driehaus estate.
Highlighting the evening were the stereophonic sounds of “The Million Dollar Quartet”, spotlighting legendary musicians such as Elvis, Jerry Lee Lewis, Carl Perkins and Johnny Cash. The Rat Pack on their best night would’ve been envious of the outstanding group. Ronni Rice was in rare form that night strumming all his rock and roll favorites. He started with “The New Colony Six” back in the 60’s. The night culminated in a front lawn fireworks spectacular and a seemingly never ending city block of delectable, mouthwatering desserts which satisfied even the most sophisticated culinary taste.

Happy Birthday Richard, and thank you for this most fun and flamboyant party!
Indeed, the 4th of July occurred twice this year in Lake Geneva!!