Stars Descend on the Red Carpet at 91st Oscars in Style 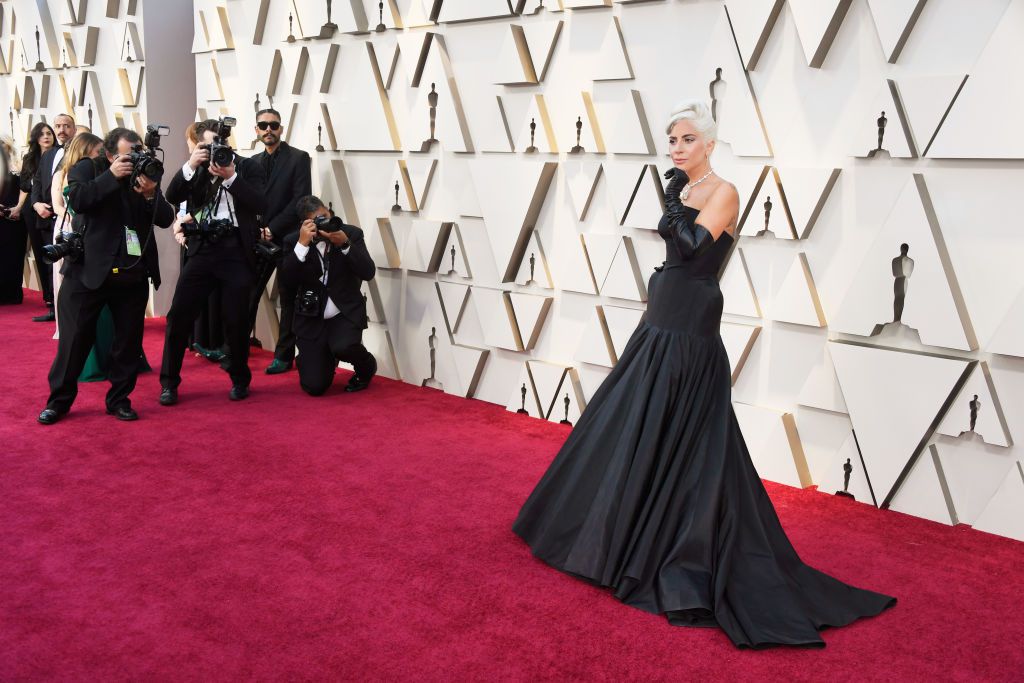 The Oscars are undoubtedly the biggest event in Hollywood; celebrities
wait anxiously for this extraordinary event and adorn their most
glamorous outfits to grace the occasion. The 91st Academy Awards
ceremony took place at Dolby Theater in Los Angeles and the red carpet
was shining in all colors of the rainbow with Hollywood stars in bold
and alluring attire. The list of celebrities who mesmerized fans
during this gala was endless. But here are some of the designer
fashions that captured the imagination of the audience sitting in the
auditorium, as well as those watching live on T.V. 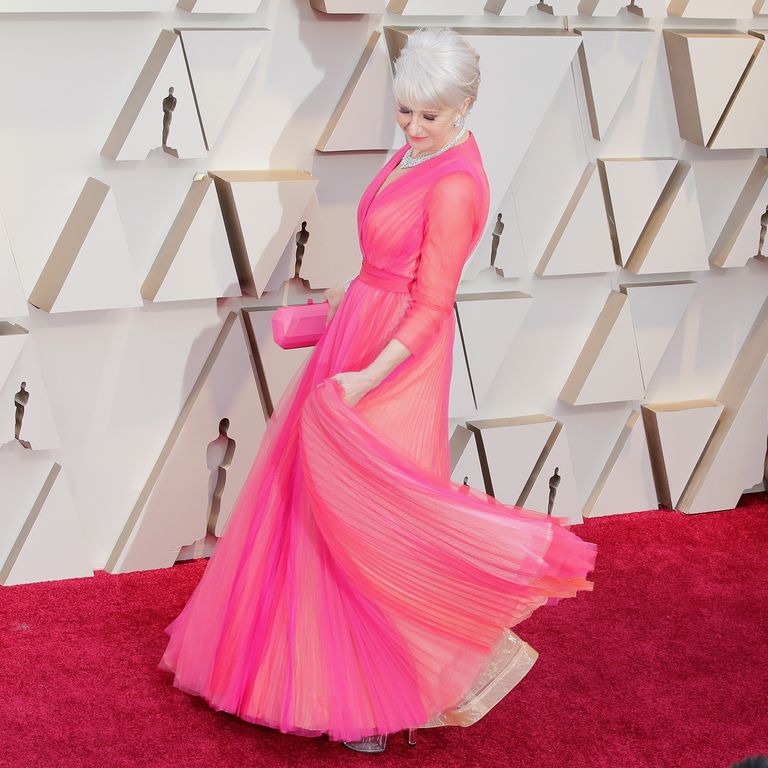 Helen Mirren, a style diva, arrived at the red carpet in a gorgeous
pink gown. This A-line dress, designed by Schicaparelli Haute Couture
caught the attention of the crowd instantly with a plunging neckline.
Made from a silky fabric, her gown tugged the waistline and enhanced
Helen’s figure. The veteran actress wore exquisite pieces of jewelry
to compliment her designer dress that included a necklace, earrings,
and a bracelet. 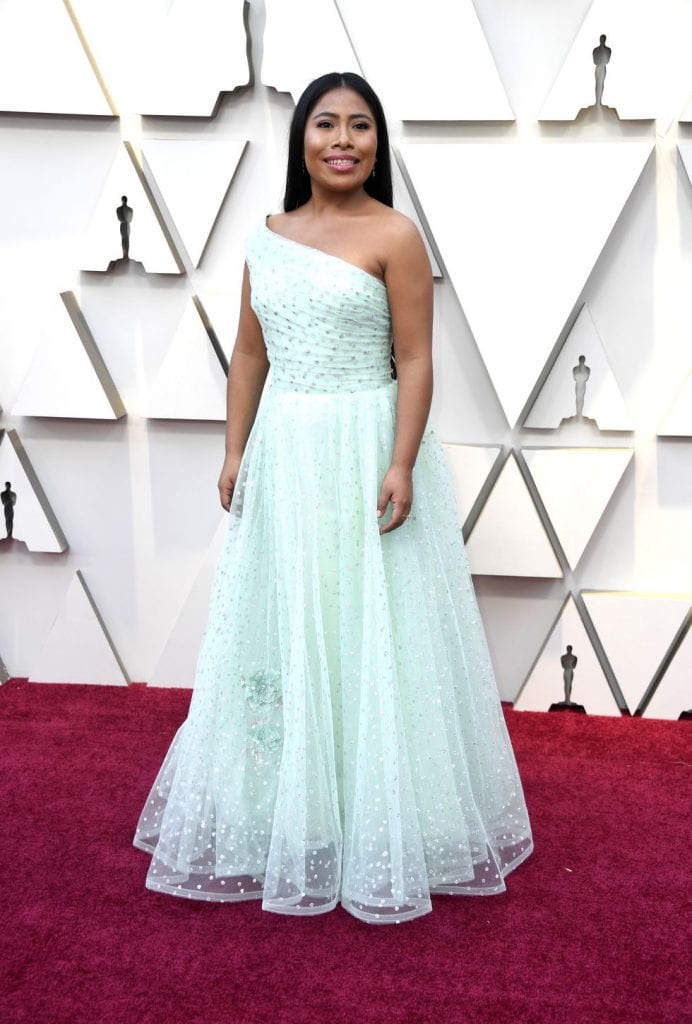 It was the first time the 25-year-old walked on the red carpet at the
Academy Awards and she did not disappoint her fans. Yalitza was
sporting an off the shoulders, teal color chiffon dress highlighted
with rhinestones. Nominated in the Best Supporting Actress category
for her stellar performance in Roma, Yalitza appeared stunning in her
couture and demeanor on the red carpet.

Linda Cardellini stunned with her enticing dress and looks 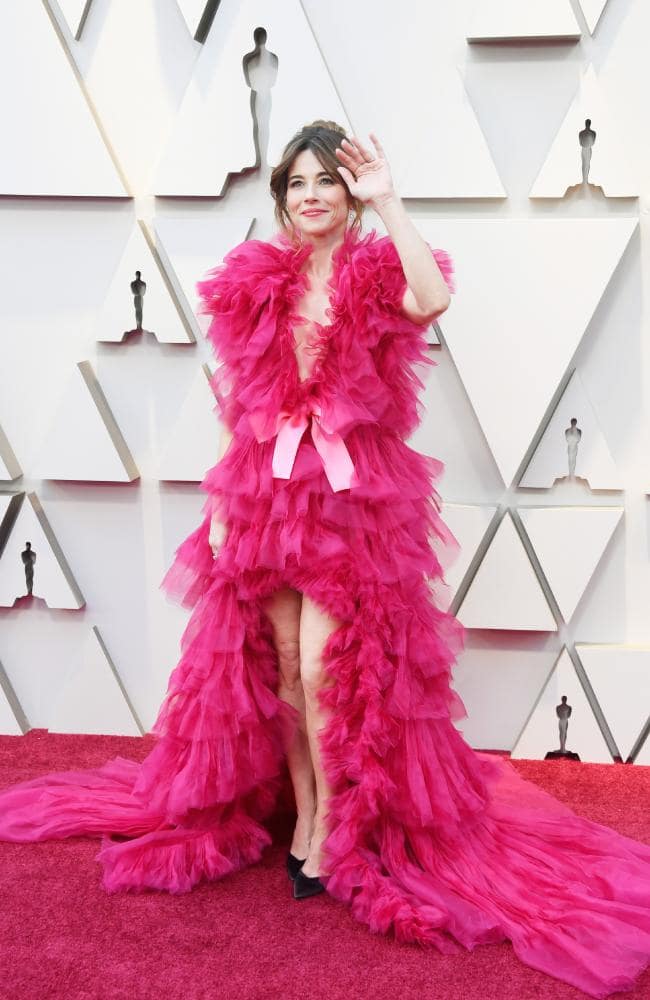 It was Linda Cardellini who stole the spotlight during this year’s
Academy Awards with her creative dress. The Green Book actress
surprised her fans in a colorful outfit that was a unique combination
of ruffles and a mullet hemline. Her neckline reminded the fans of the
gown Jennifer Lopez wore during the 2000 Oscars.

Lady Gaga was beaming in her black Alexander McQueen gown 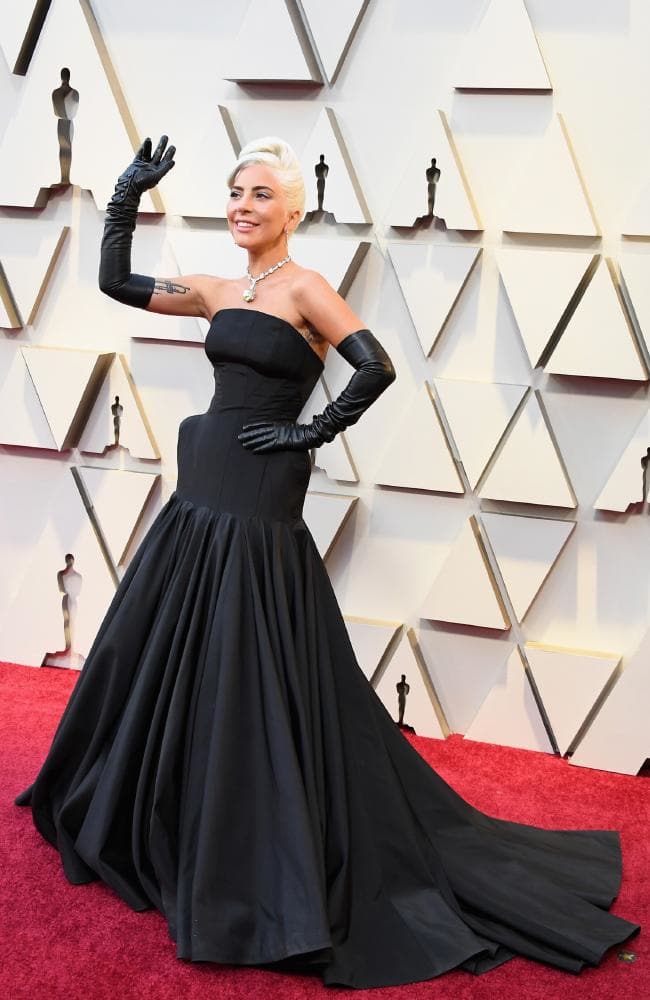 Lady Gaga, nominated for the Best Actress award for her performance in
A Star Is Born, chose to wear an off the shoulders black dress
bewitching her fans at the red carpet event during the Oscar Awards
ceremony. With angular inserts around the waist and black leather
gloves, Lady Gaga was very eye-catching in front of all the media
and hundreds of her fans. 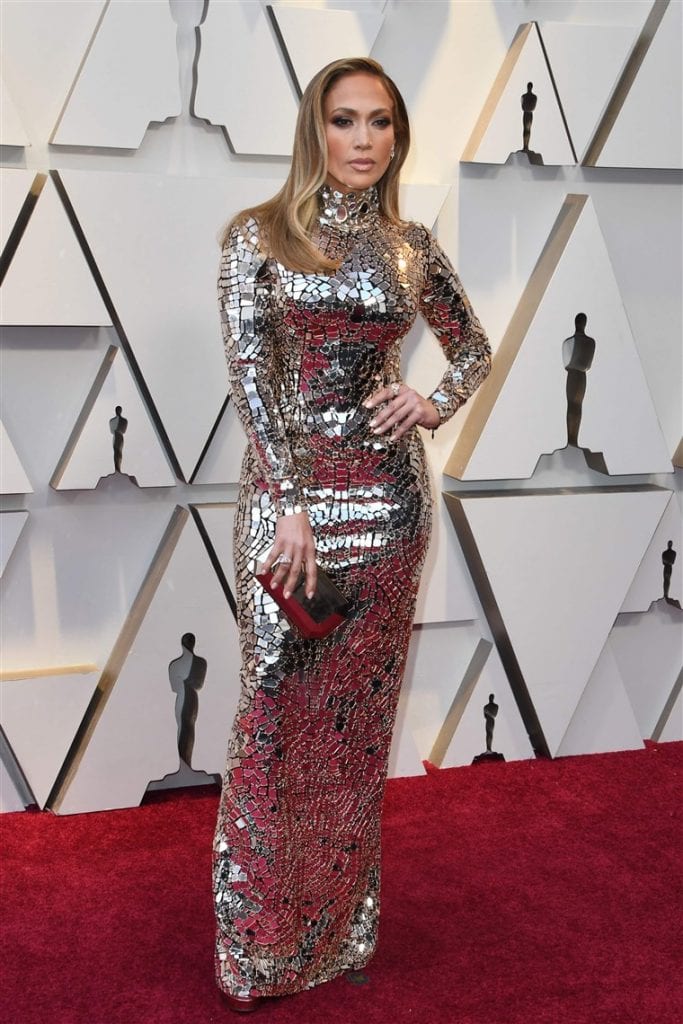 Not a single red-carpet event goes without Jennifer Lopez giving her
fans a good deal of entertainment with her fashionable dresses. This
year too, the clever actress dominated the festivities with a shiny
silver gown. In a sleek hairdo, Jennifer revealed her killer looks as
she graced the red carpet.

Ashley Graham wowed the fans in her alluring black gown 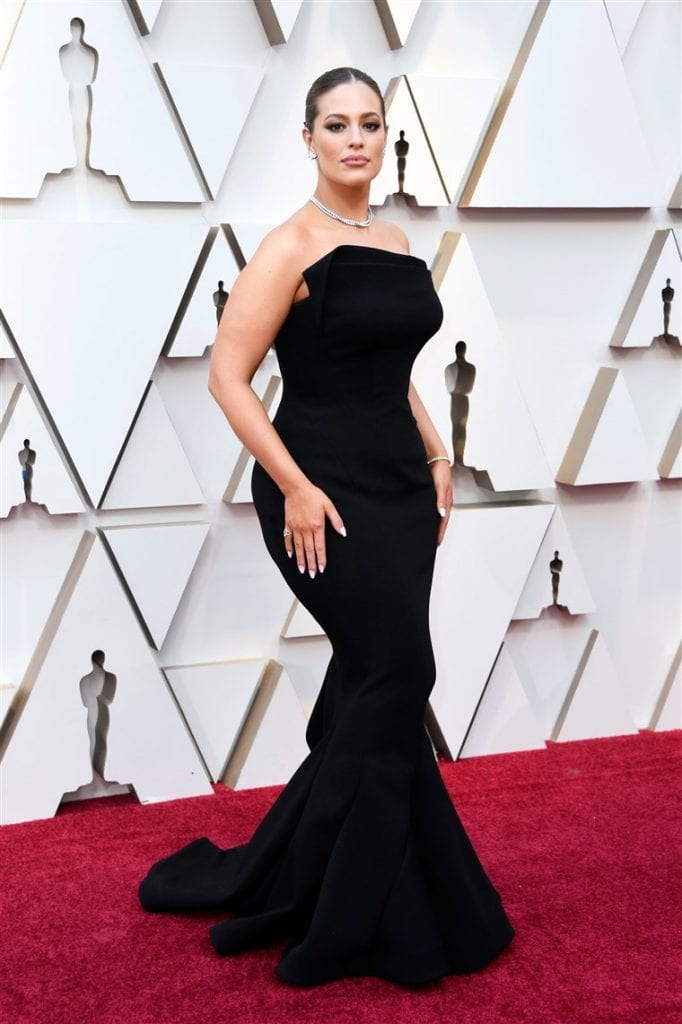 Ashley Graham was scintillating in the long black gown that gripped
her around the waist and flowed around her legs. The sexy supermodel
looked out of this world in an exotic ball gown (almost resembling a
mermaid) along with a cutting edge hairstyle and a white necklace. 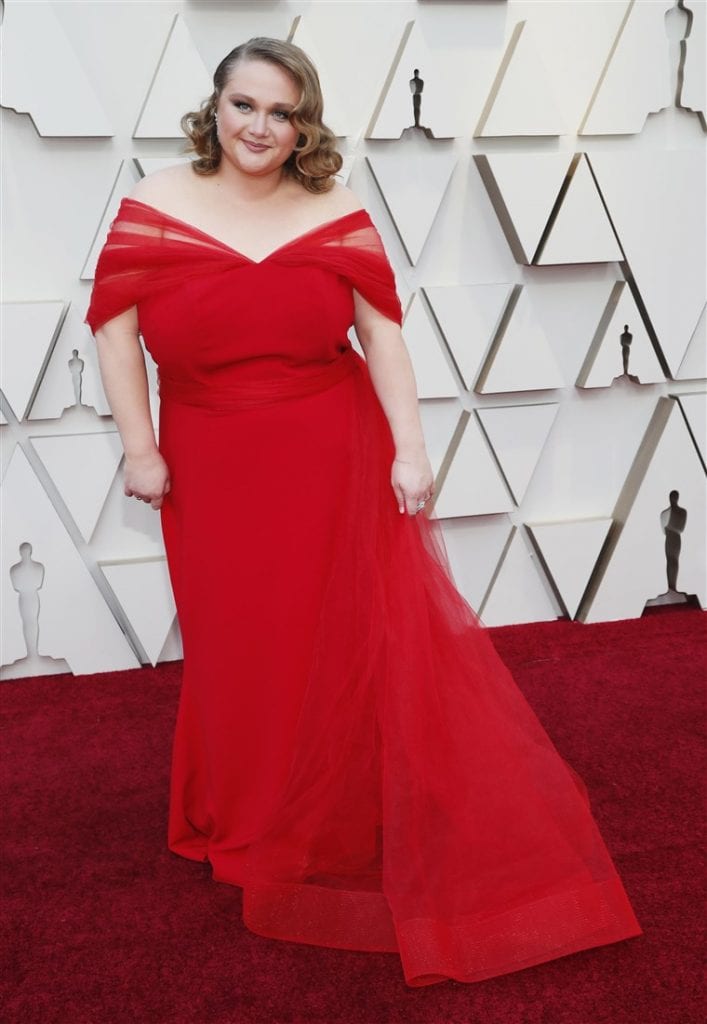 Danielle McDonald, the actress who shot to stardom with her
performance in the Netflix drama series Dumplin’, appeared very
graceful in her gown on this amazing night. In a red dress with a deep
neckline, she resembled a seasoned star with sheer fabric revealing
her vibrant skin tone to her fans.