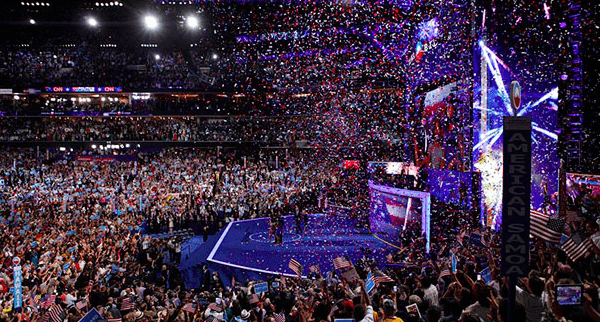 The way the talking heads discuss them, you’d think superdelegates were some magical and inscrutable species. Numerous shows and articles have been devoted to discussing the strangeness and specialness of this class of party delegate. Yet they are quite mundane.

Superdelegates are simply the party officeholders and officials who make up the actual governing, legislating, and organizing core of the political party. They are different from ordinary delegates only in that they are not bound by primaries or caucuses to vote for a specific candidate. They may vote on their own judgment.

Bernie Sanders and his campaign have been assailing the concept of superdelegates since the election began. Their animosity can be chalked up to their not having anywhere near the number in their column as does Hillary Clinton. They claim they are undemocratic and have no mandate. Some have even begun publishing the personal information of these delegates so activists can harangue and harass them in hopes of forcing a change of their vote.

Yet superdelegates serve an extremely important and valuable purpose. A president isn’t just some individual who does whatever they want. The president is the apex of a power structure that can only function effectively when it works directly with other stakeholders, particularly congressional and state-level officials. Superdelegates are free to choose the candidate who they feel they can work with best, and who they think will reflect the interests of the party that they also represent.

Bernie thinks the superdelegates are stacked against him. And they are. But that’s not because they necessarily dislike his policies. Much of the most progressive wing of the Democratic Party, whose agenda hews pretty close to the Vermont senator’s talking points, has stayed neutral, or even gotten behind Hillary. Why is that?

The reason is simple: Bernie isn’t a Democrat. He has made a career of deriding the Democratic Party almost as much as he has the Republicans. Even this election cycle as he has vied for their nomination, he has slithered away from direct questions about whether he is now a Democrat. He wears the colors of the Democratic Party as a flag of convenience. And everyone deeply involved and invested in the actual business of governing (ie. the superdelegates) know that.

Bernie is the textbook case for why superdelegates are so important. Political parties are not wholly public institutions. They are permanent organizations with vast and complex infrastructure. The people who devote their lives to a party’s success have a vested, and legitimate, interest in not allowing outsiders to simply hijack the apparatus they have built for their own ends.

Make no mistake. That is exactly what Bernie is doing. He has never raised money for the party. He has rarely campaigned for Democratic candidates. He is a political parasite seeking to disguise himself as a Democrat.

Superdelegates are a backstop for a party that has sought to democratize its candidate selection process. It is a hybrid system that gives the most power to the people but still permits some influential say by the actual leaders. That should make perfect sense to any reasonable person. And if it keeps a parasitic opportunist like Bernie out, then it only proves its value.