THE BEST LOOKS FROM THE NYFW FALL 2019 COLLECTIONS, SO FAR 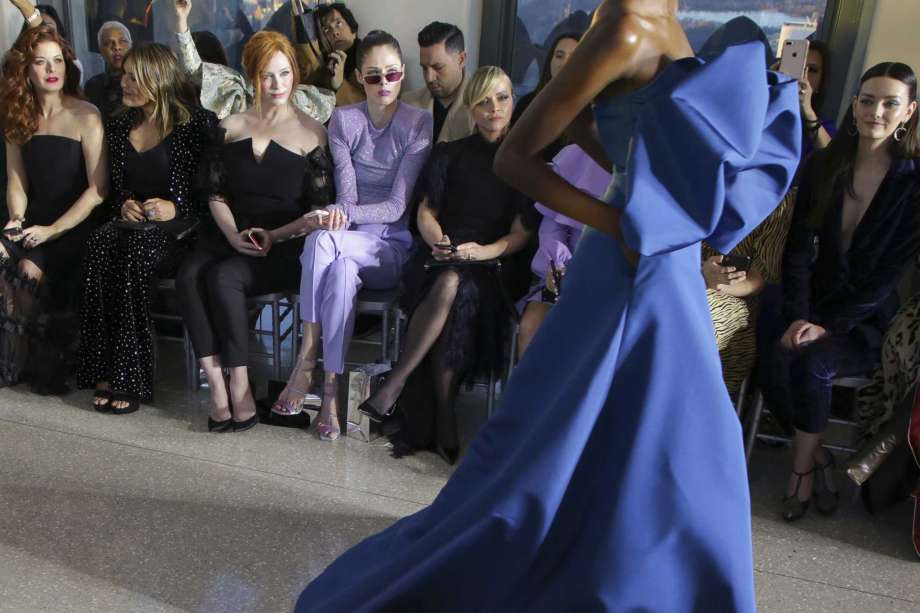 The Fall 2019 collections unfold at New York Fashion Week, which means plenty of awe-inspiring looks will follow in the next few days. Read ahead as we introduce the Best Looks from the NYFW Fall 2019 Collections so you can sneak peek at the looks and trends that will define the upcoming season. 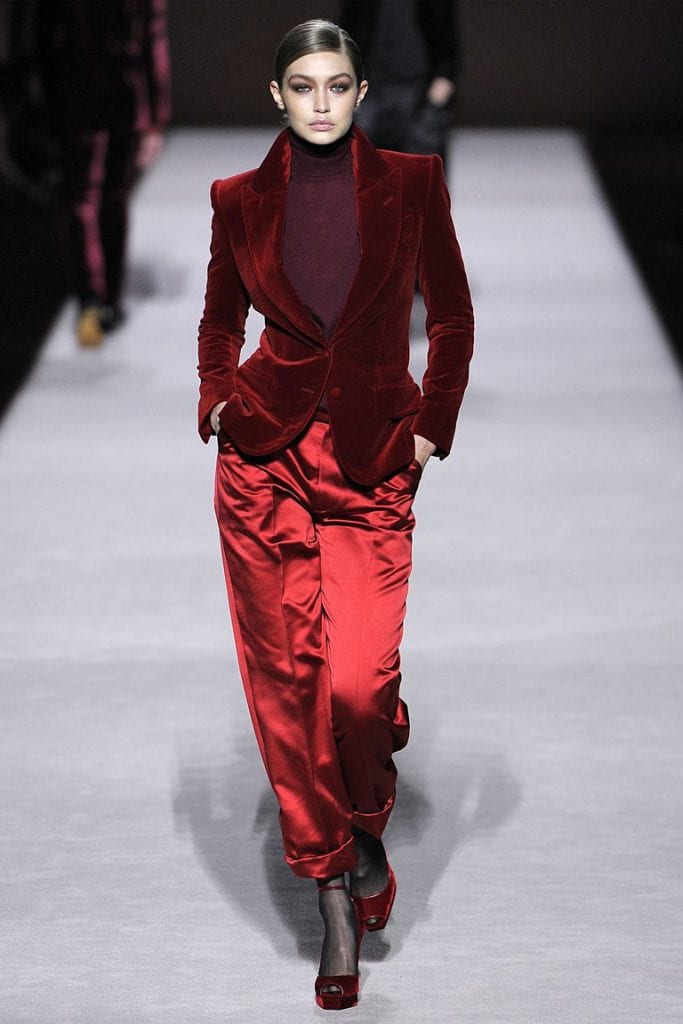 This season, Tom Ford channeled his very essence for Fall 2019 and exuded high glamour with a sense of ease,—a sleek, tailored extravaganza of silk satins mixed with fur and hoodies. The fuzzy brimmed hats, leather jackets, and leather pants from the  Tom Ford collection are probably some of the classic pieces that we all would love to invest in. The stunning red velvet suiting of Gigi Hadid brought back a glimpse of Ford’s ‘90s glory days and a mid-20s Gwyneth Paltrow while referencing his own Gucci collection from Fall 1996. 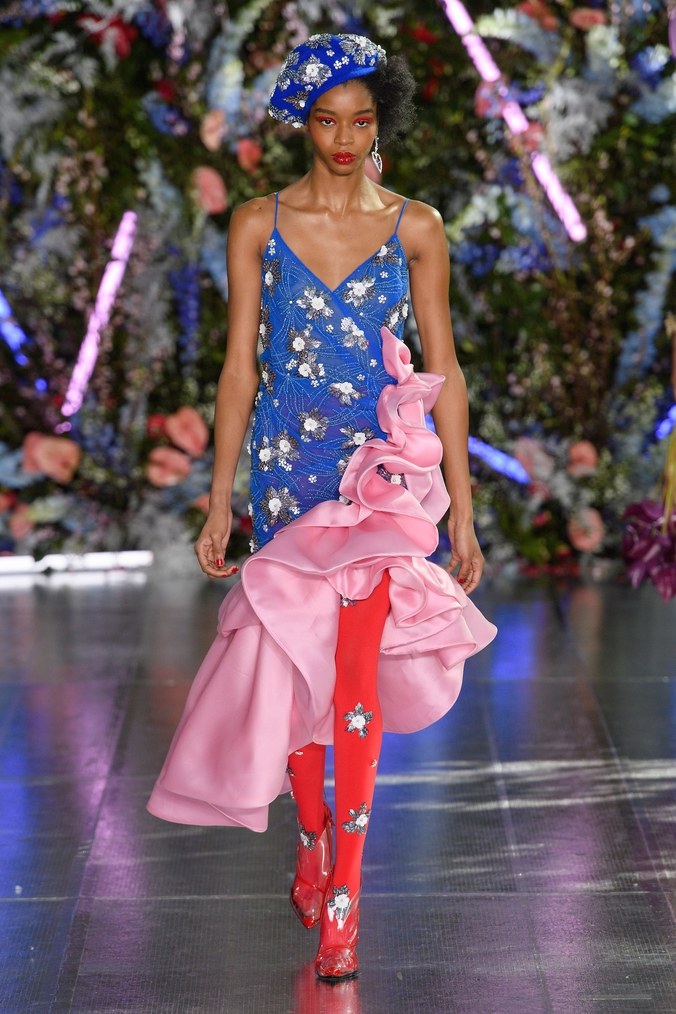 The Mulleavy sisters are known for demonstrating Californian culture in their designs and the ’80s-tinged red carpet tulle gowns of the fashion designers are popular among Hollywood stars. The beautiful collection of the Mulleavy sisters reminds us that fashion is about selling a fantasy, just as much as it is about selling clothes. The color-blocked look with flamenco ruffles and floral appliqué by this fashion duo’s looked absolutely stunning. 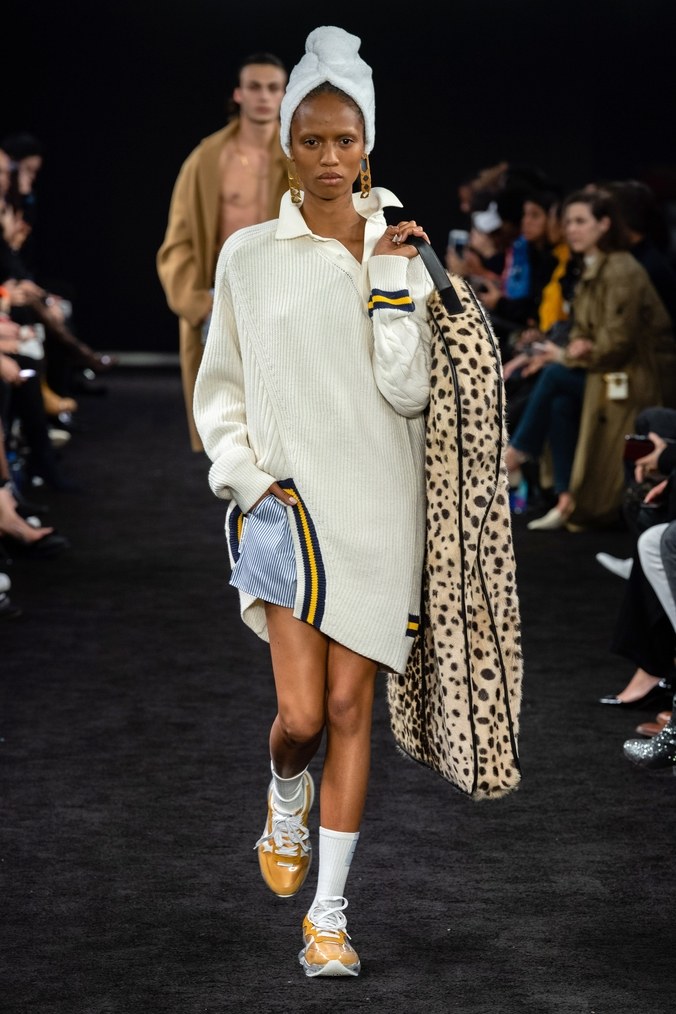 Alexander Wang has already presented his Fall collection back in December that was a  fun collection full of Wang-isms: lace, sport, boxer shorts, leather, prep. One of his runway models  sported the shower towel wraps while carrying a huge sized luxe logo garment bag. 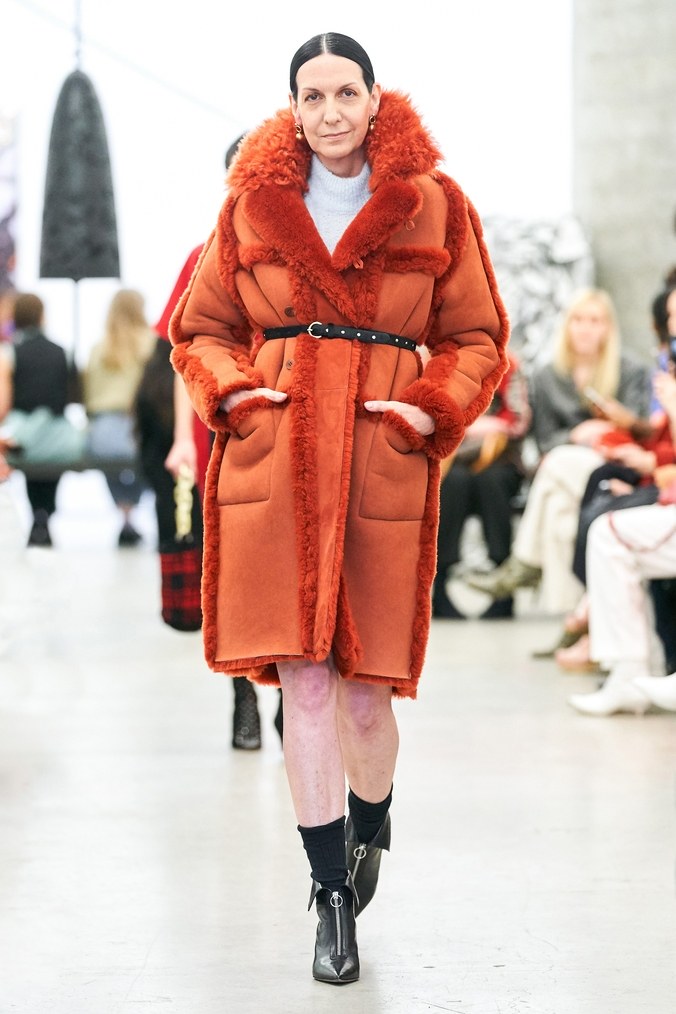 The best thing about her clothing is that it’s never so specific to any theme for a season or time. Her clients are women of all ages, shapes, and backgrounds as was reflected on the runway when a model walked the runway in an oversized orange-hued shearling. 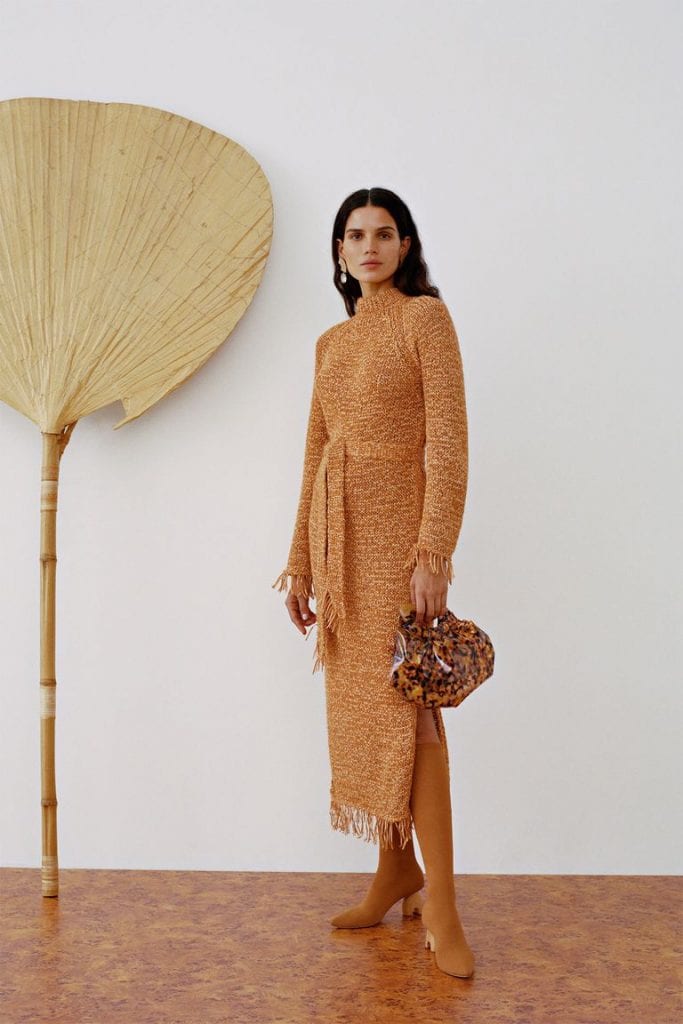 Nansushka has been designing for over a decade and she is a bonafide Instagram success. Her cozy toppers, belt bags, and vegan leathers are loved by the younger crowd. With the debut of men’s this season, we can predict her fans will be sporting mini bags, key lime greed fluffy shoes, and relaxed trenches. 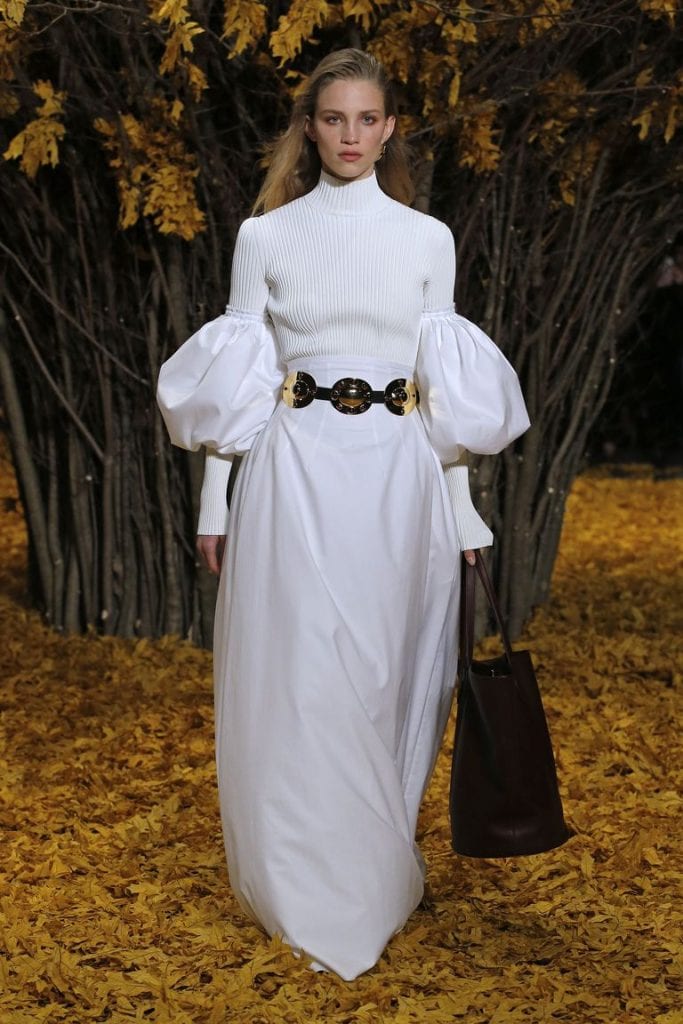 Catherine Holstein presented her first runway show that was the type of show we’ve become accustomed to seeing only in Europe. Her collection included red carpet-worthy confections paired with sophisticated, slick denim and daywear with trendy accessories, especially the oversized tote. 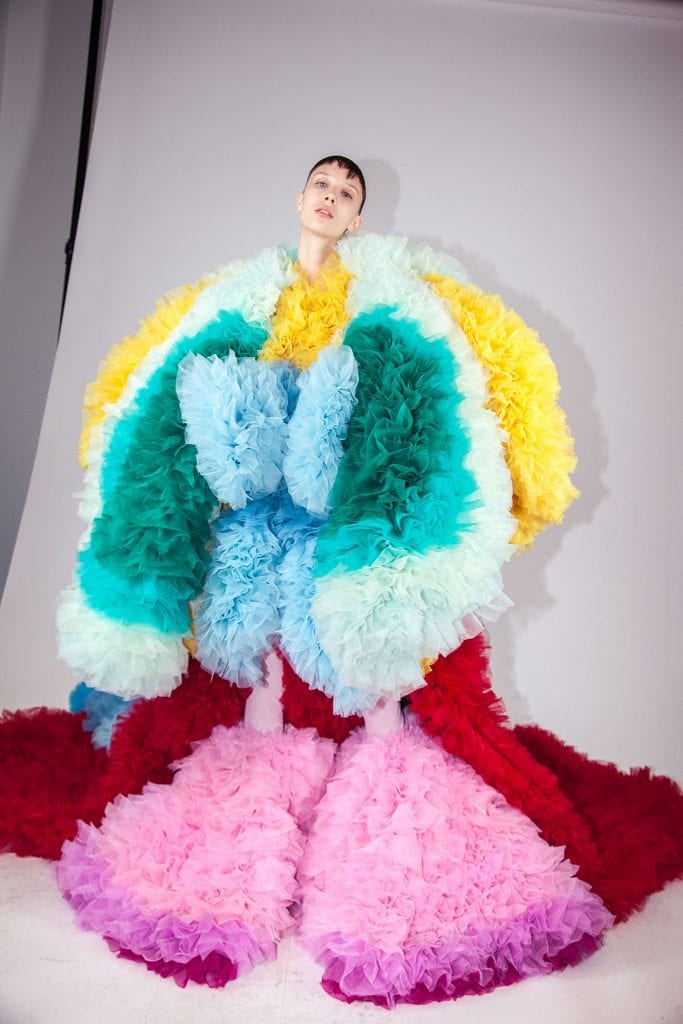 Tomo Koizumi, a Japanese designer who held his tiny debut show in the New York with the help of Katie Grand (Contributing Fashion Creative Director who found him on Instagram), Anita Bitton, Guido Palau, Jin Soon, Tabitha Simmons, Anita Bitton, and a cast of A-list models who made his debut turned out to be a truly unique experience. 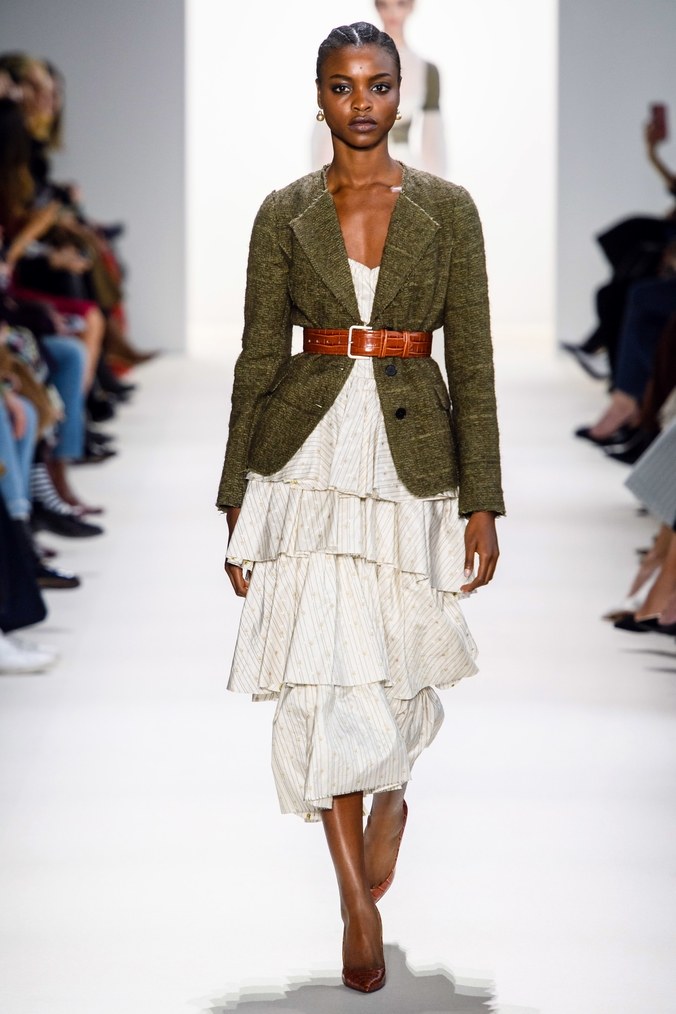