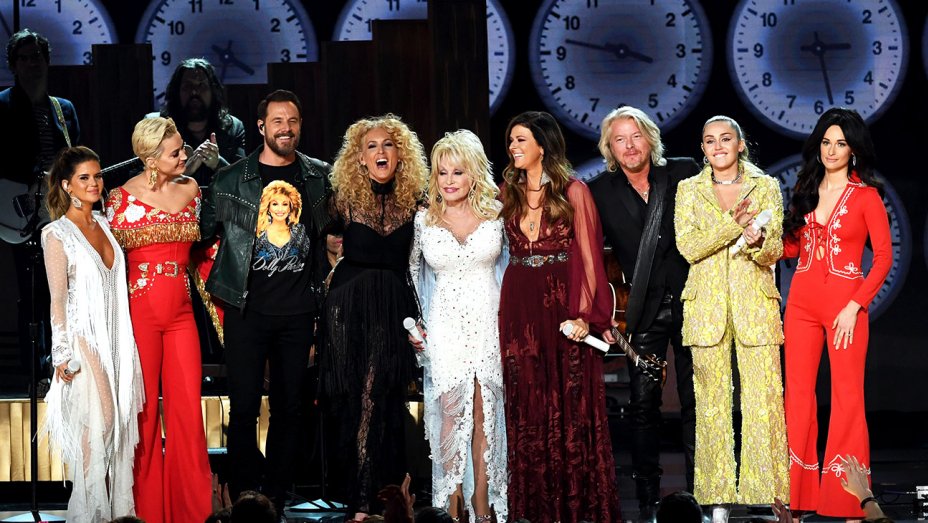 Grammy Awards night is the mecca of music lovers around the world. They waited with bated breath to learn about the winners in different categories. At the same time, they were also glued to their TV sets to catch a glimpse of their favorite stars to see their designer outfits. The 61st Grammy Awards was no different as it produced some interesting moments for the fans through all the glamour and glitz created by the stars.

Here are some of our picks for Grammys 2019:

Cardi B dazzles with her shimmering outfit

Cardi B fascinated the audience not just with her performance but also her attire. She won the Grammy for Best Rap Album and in the process became the first woman to grab this award.  Cardi B struggled briefly to carry herself on the red carpet but she looked like a beautiful human oyster in her vintage golden dress. Cardi B resembled a pearl emerging out of an oyster in this couture dress from Mugler’s fall 1995 collection.

This year’s Grammy Awards was infused with politics from Michelle Obama’s surprise appearance to celebrities turning up in dresses with political messages. Singer Joy Villa was seen on the red carpet wearing a silver color dress that carried the message Build The Wall. The message was loud and clear to everyone present with the help of her rings made of barbed wire and a headpiece made of spiked metal. Another celebrity to convey a political message in a lighter tone was Ricky Rebel who appeared on the red carpet with the scrawled message of Trump 2020 and Keep America Great.

Lady Gaga won the Grammy for Best Pop Duo/Group Performance. But more than the award, it was her glamorous outfit that caught the attention of the audiences. She chose to wear a silver off the shoulders gown with a slit along her left thigh. She complimented well with her silver necklace and her sparkling outfit was one of the highlights of the evening.

Katy Perry, who performed in a tribute to Dolly Parton on the stage, looked like a Barbie Doll in her pink outfit designed by Balmain. Although she was ridiculed for her dress by trollers online, she nevertheless caught the attention of the audience in her wild dress that made her look like a cupcake. Katy Perry has had 13 Grammy nominations so far though she has not won a Grammy until date.

Kacey Musgraves wins Grammy and the hearts of her fans

Kacey Musgrave was the big winner at Grammys 2019 as she won all 4 awards for which she was nominated. She won Album of the Year (Golden Hour), Best Country song (Spaced Cowboy), and Best Country Solo Performance (Butterflies). She mesmerized the crowd with her soulful performance on the stage. In a strapless gown carrying a red sash, Kacey looked like a princess on the red carpet during Grammys 2019.
Share this: