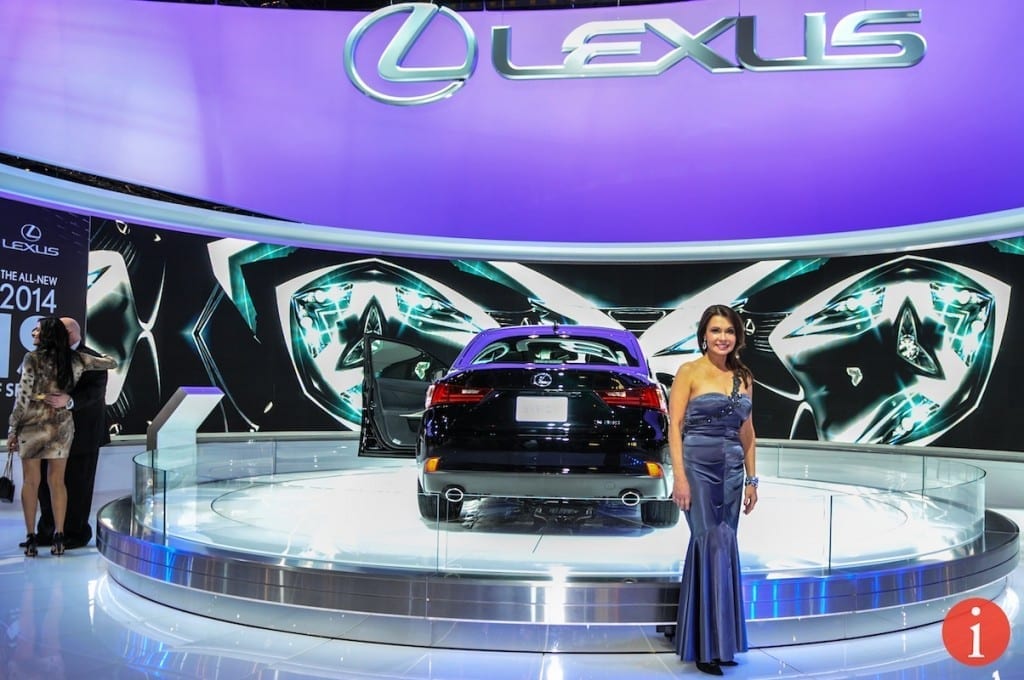 The annual Chicago Auto Show officially kicked off with the magnificent “First Look for Charity” event on Friday, February 8th at McCormick Place. This stellar philanthropic event has raised over $32 million since it started in 1992. At $250 a ticket, me and about 9,000 generous and glamorous guests showed up on this blustery winter night for the purpose of raising about two million dollars for 18 outstanding charities. This marvelous black-tie gala rolled out the red carpet for us at (7:00 P.M.) as party-goers arrived in tuxedos and designer dresses. We were treated like royalty as soon as we walked through the door – indulging in effervescent champagne, vintage wine, a surplus of culinary hors d’oeuvres and never-ending desserts; all the while being first to glimpse the best that the auto show has to offer.

Regarded as North America’s largest car show, it was wonderful for me to be there: this automotive spectacular boasts 1.3 million square feet of exhibition space; showcasing the best in transportation from Detroit and beyond.

This sensational charity fundraiser thought of everything down to the last detail: I saw elegant women in signature high heels have given complimentary slippers to roam the spacious1.3 million square feet in comfort. “Brilliant!!” I thought. Just when I thought I could not be surprised any further, adding even more excitement to an already exciting evening, I was informed that two lucky attendees would win the party’s grand prize: either an impressive 2013 Buick Enclave or a rugged, new Hyundai Santa Fe. “Unbelievable!!” I said to myself.

Besides the usual show stoppers – luxurious Rolls Royces, exotic Lamborghinis, and eye-opening Corvettes, I spotted a new collection of 2014’s being unveiled. The totally new and redesigned 2014 Toyota Tundra (full size pick up truck), Kia Optima Hybrid, and the limited edition (only 3,500!) Volkswagen Beetle made their debut to a captive and intrigued the audience.

Indeed, it was both flattering and fascinating for me to be a part of this year’s “First Look for Charity,” getting a sneak peek of these fabulous machines, knowing that car enthusiasts across the country (no matter who they are) would be envious of our proud, Chicago Auto Show.