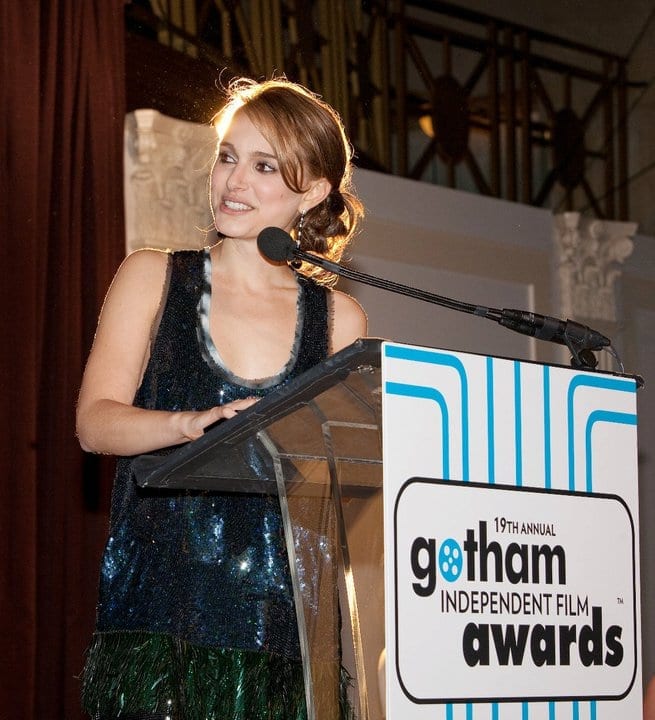 IFP’s efforts contribute to the completion of projects by independent artists. Whether presenting resources or creating development and distribution, this vibrant community showcases storytellers from around the world. It seems these efforts then redistribute themselves locally allowing for projects, dialogues, and communities, to blossom independently.

And of course, these artists, and all their creative circles were radiant in their unique fashion styles, beautifully adding a personal and particular touch to their look. Shining bright at the evening were looked by the stunning Amy Adams, Natalie Portman, Kate Beckinsale, Margot Robbie, Katie Holmes, Cate Blanchett and Judith Light among so many others.

And the gentlemen held their own as well. From Casey Affleck to Mike Colter, Ben McKenzie, Damian Lewis, Ethan Hawke, and Quinton Johnson, it was quite a sight. There was simply so much beauty tonight, it’s always difficult to pick one particular look – they were all great!

The evening’s awards were well-received and accepted for movies like Moonlight, Manchester by the Sea and Elle. Some of the artists that were honored with awards included director Oliver Stone; Casey Affleck won as Best Actor, and Isabelle Huppert won as Best Actress. Best Screenplay went to Moonlight and its writers Barry Jenkins and Tarell Alvin.

The evening was hosted by Keegan-Michael Key. It was a great evening where artists’ efforts were given the attention they deserve. It was an opportunity to showcase the community of artists that exist in different communities. It was empowering evening for everyone involved.

Special Note: A special thank you to Oge Egbuonu of Raindog Films and all they do when it comes to independent filmmaking.

For more information on the organization and the event visit: IFP.org