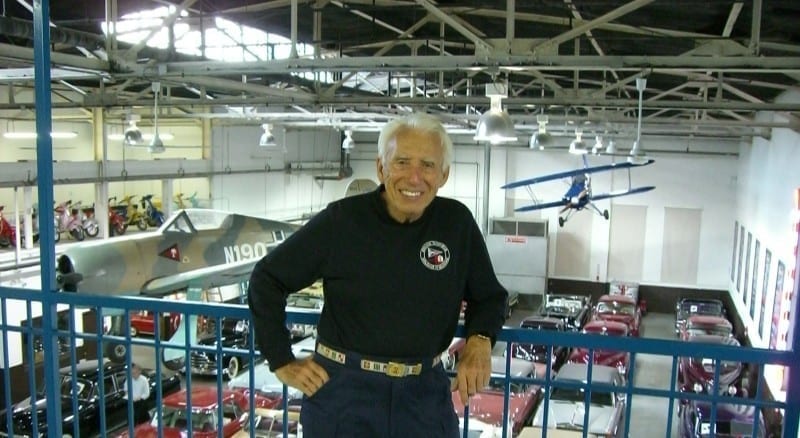 Welcome to the Klairmont Kollections, where just to the left of the fire engine are a trio of world-class, award-winning 100 point vehicles: a 1933 Packard 1004 Super Eight Roadster, an orange 1934 La Salle Convertible Coupe (inside a locked room) and a 1937 Rolls-Royce Phantom 3 Aero Coupe. These three treasures are a wonderful surprise and a good indication as to what’s in store for any guest who walks through the door at 3111 N. Knox St.

Upon entering the building, a visitor is greeted by a fully restored 1919 Ford Model TT Fire Engine Pumper Truck complete with flashing lights, decorations, and even mannequins

Larry Klairmont and his partner Joyce are the proud ambassadors of this magnificent showplace consisting of 350 of the most stunning, impressive, and clever vehicles any car enthusiast could hope to see during their lifetime.

Under one roof, (encompassing 150,000 square feet on two floors) The Klairmont Kollections has been able to amass hundreds of outstanding classics; ranging from an original 1930’s Duesenberg to a large group of micro-cars to a 1918 Pierce Arrow appearing in silver and gold, like something straight out of a fairy tale.

Not to mention scores of superior Packards and Cadillacs, along with exotics that once appeared on the covers of magazines, decades ago. Everywhere I turned inside this extraordinary paradise I was surrounded by makes, models, and innovations I never knew existed down through the years of auto history. Not to be overshadowed were dozens of other eye-opening novelties: 1950’s Vespa scooters, motorcycles, and more than one or two creations that closely resembled sketches from science fiction magazines or comic books; all in impeccable condition.

As the founder of Imperial Realty, Larry Klairmont achieved phenomenal success in the real estate business that served as a significant catalyst for collecting spectacular show cars, most of which were acquired during a 10 – year time period. Even at the age of 88, this former C.E.O. and Marine does not show any signs of slowing down; expanding his private collection (not open to the public) and enhancing every square foot of this captivating showplace.

So what’s it like to walk through an automotive wonderland? Henry Ford would be astonished. It’s kind of hard to explain, but the gateway to auto heaven is at 3111 N. Knox St.