The Lesson on Freedom and Independence with Rita Cosby 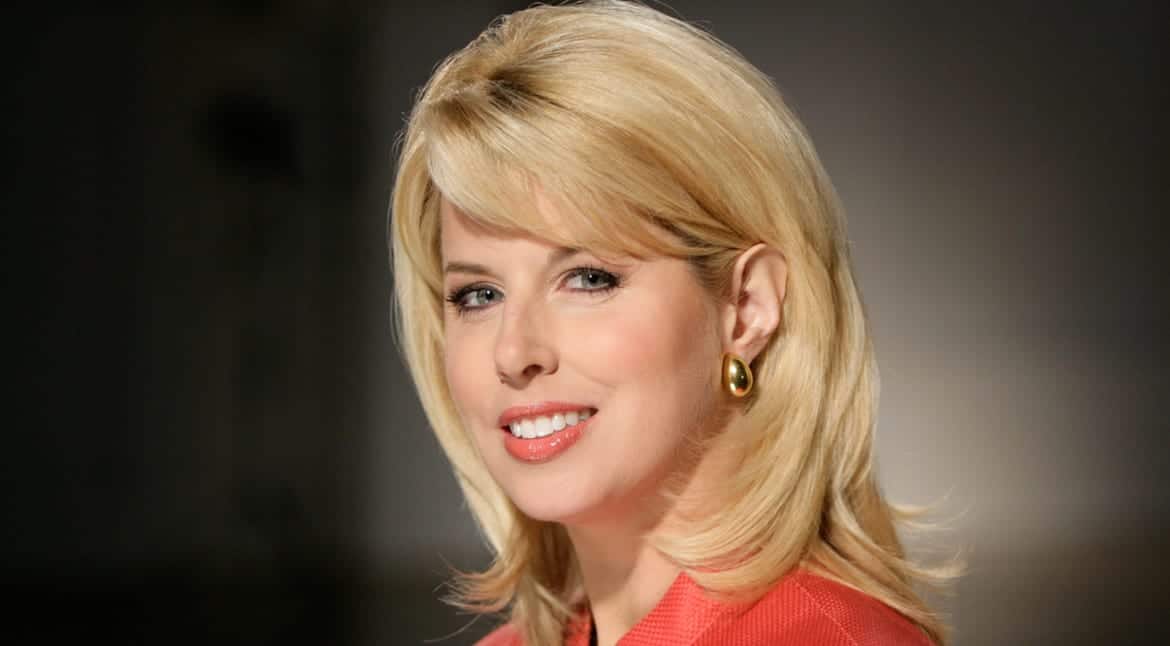 The 1stof December 2018 will remain in the hearts of those who attended the tribute event in Copernicus Center. The event themed “A Lesson on Freedom and Independence” was sponsored by Lowell International Foods and hosted by the renowned American journalist, Rita Cosby. The main goal was to create awareness among the youths on the significance of the struggles and sacrifices made by their nation to gain and uphold freedom and Independence. A number of World War II veterans and Iraq-Afghanistan war veterans were in attendance. They shared their war experiences in the fight for freedom and their views on the current war in Iraq and Afghanistan. 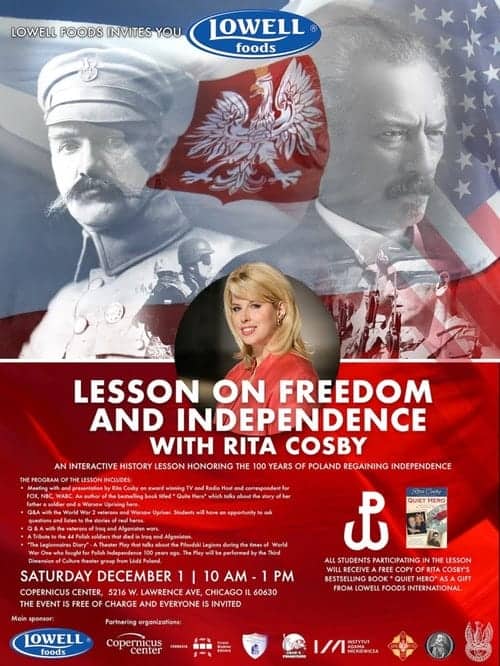 According to the Lowell International Foods CEO, Conrad Lowell, this event was crucial to the young people in Chicago to learn about the historic moments of Poland Independence. Being the 100thanniversary since Poland regained its Independence, the youths engaged in learning the cost of freedom and why it is important to protect it. Today, there are 10 million Polish Americans in the United States making it the largest number of Poles in the diaspora. 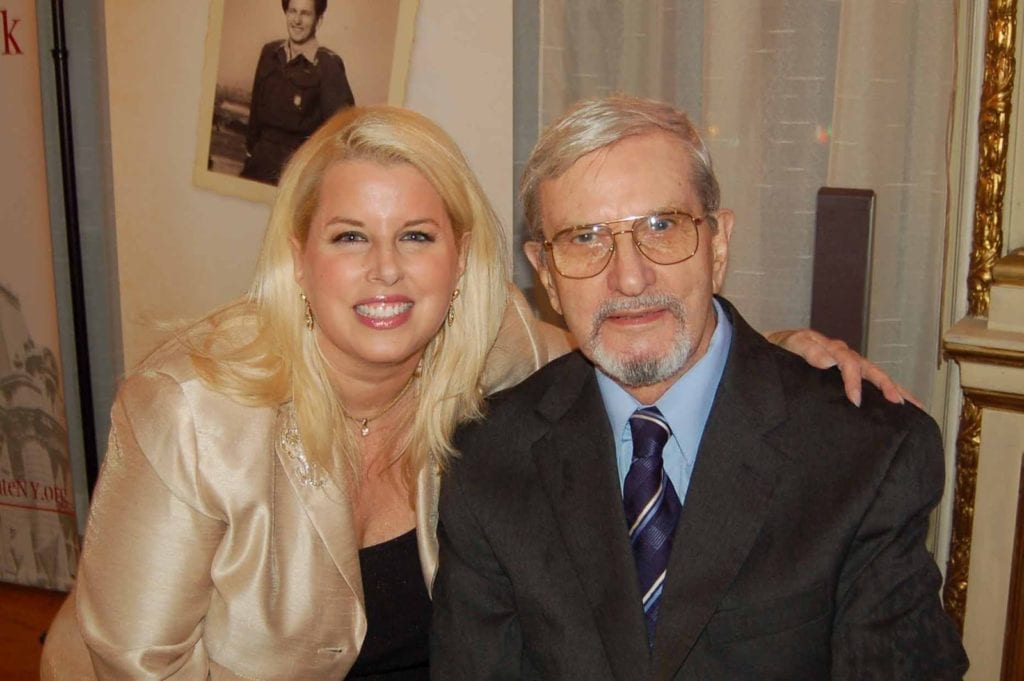 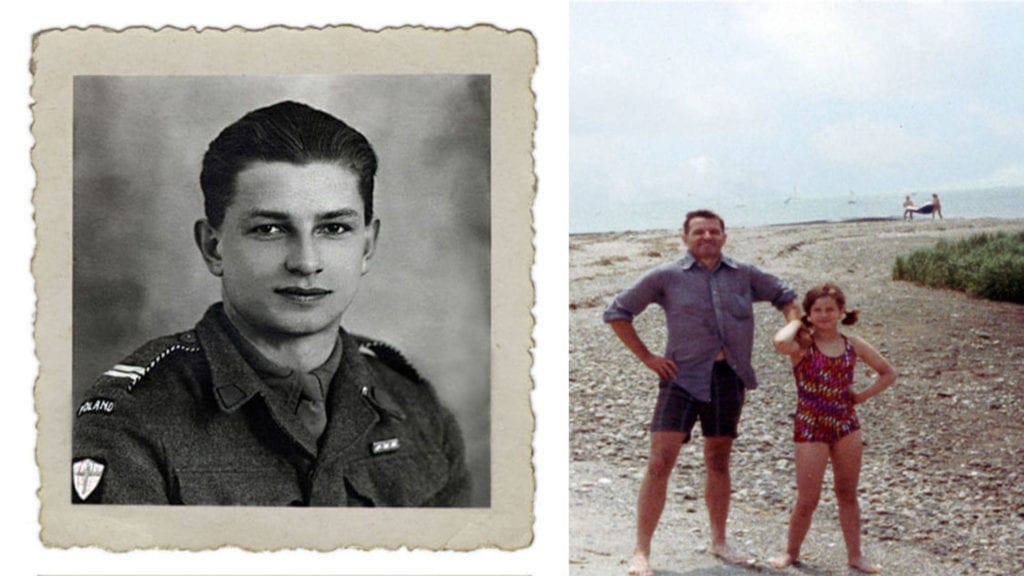 The host, Rita Cosby, was one of the key speakers in the event. She is the daughter of Ryszard Kossobuddzki, popularly known as Richard Cosby. Her father was a Home Army soldier during the Warsaw Uprising. He had kept his past a secret to the world for about 65 years till Rita learned about it. In her book, Quiet Hero, she documented her father’s secret past and his participation in the fight for freedom. Rita has won numerous awards in her career; Emmy Award, Lech Walesa Freedom Award, Ellis Island Medal of Honor, and the Jack Anderson Award for Investigative Excellence. 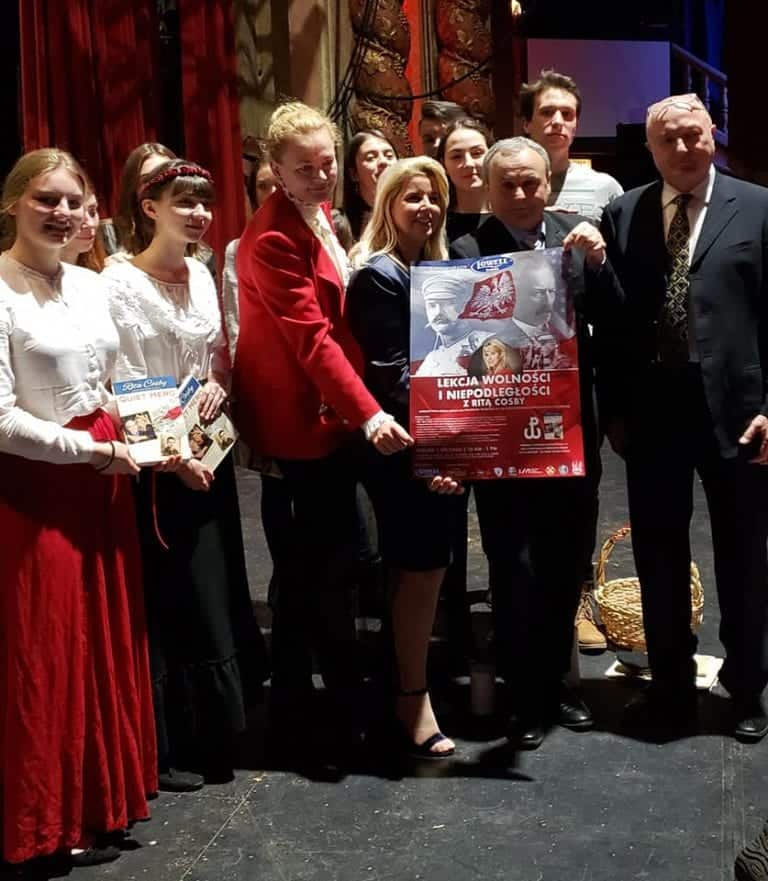 Rita Cosby’s successful career contributed to her being the key speaker in the event. The State of New York honored her by setting a Rita Cosby Day on October 11, 2010. Her remarkable journalism and outstanding service to the community is a motivation for the youths. She used this platform to highlight the key stories in her bestselling book “Quiet Hero” about the struggles and fight for freedom. She explained the efforts her father made during the Warsaw Uprising. In addition, she talked about the numerous interviews she has done across the world with key American figures.

In her speech, she took a great deal of time to talk about her encounter with the 41stcPresident of the United States, late George H. W. Bush. She revealed how she was to speak about the contribution of George H. W. Bush to the collapse of Communism in the Eastern region of Europe were shortchanged. Instead, the death of the former president on Friday, November 30, 2018, at the age of 94 changed her speech to a tribute. Being a friend of the former president, she took her time to honor the deeds of the late war veteran.

Later, Rita Cosby encouraged the American Polish youths to get conversant with phenomenal stories of their past generations. She talked to them about the importance of getting to know the contributions of their families in the freedom and independence of Poland. She rewarded all the youths in attendance with her book as a gift from Lowell International Company. The last bit of the event was the “Songs of the Legions” prepared by the high school students.

Get your own copy of “Quiet Hero” on Amazon.