The Orielles Debut Video For “Sugar Tastes Like Salt” 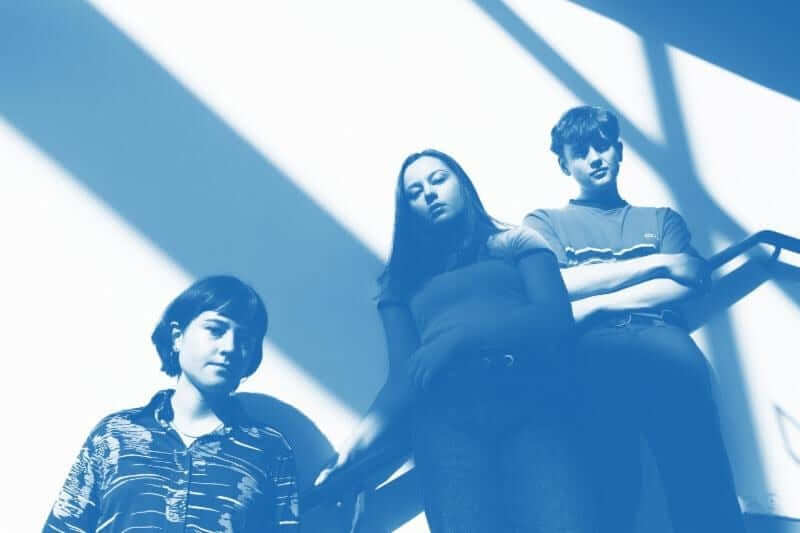 Halifax band and new Heavenly Recordings signees The Orielles are very pleased to share the video for their sprawling and addictive post-punk tour-de-force “Sugar Tastes Like Salt.” Ever the film fanatics, their 8-minute masterpiece proves the perfect canvas for the band to meld intelligence, artistry, and sense of humor into a visual narrative that is equal parts cleverly-crafted social commentary and unabashed entertainment.

Sid Hand-Halford from the band elaborates:

“I always have nightmares where I’m playing a show and weird stuff happens around me and goes wrong. I guess we wanted to try and replicate that through using the weird kidnappers as an embodiment of our fears.

We came up with the talk show section whilst watching the Eric Andre show. We really liked how he satirized talk shows and wanted to have a go at doing that too.”

Once the best-kept musical secrets in and around their native Halifax, the teenage trio are poised to charm their way beyond UK borders courtesy of their debut release for Heavenly Recordings, “Sugar Tastes Like Salt”, an eight-minute burst of spatial-funk that in part recalls both ESG and fellow Northwest pioneers A Certain Ratio.

Made up of sisters Sidonie B and Esmé Dee Hand-Halford and their best friend Henry Carlyle Wade, aged 21, 18 & 17 respectively, the single was recorded with standout, burgeoning UK producer Marta Salogni.

Sprawling, confident, echoing the atmospherics of Martin Hannett and making references to Tarantino classic Deathproof – “Well, ain’t you so sweet that you make sugar taste just like salt” – it already has the feel of a breakout track.

Spurred on by repeated whispers about “one of the most exciting local bands of recent years” from various respected musical contacts in the north, Heavenly Recordings head-honcho Jeff Barrett caught The Orielles supporting label-mates The Parrots and immediately signed them in the autumn of 2016.

Despite their youth, the band, who met at a house party and bonded over their shared love of US bands from the ‘90s, have found their feet playing live for the last few years around the north of England. Having played the recent Heavenly Weekender in Hebden Bridge, the band embark on their first national (EU) tour in April.