For over 30 years the house of Chanel thrived under the leadership of Karl Lagerfeld. During this time one could always look forward to astonishing results from a creative genius. Three months ago, Chanel was hit with the tragedy of Karl’s death and after mourning, the house has unveiled its future with the new leadership of Virginie Viard.

Virginie Viard was the left and right hand of Karl Lagerfeld for almost 30 years. She made her Chanel collection debut and proved that the spirit of Karl Lagerfeld will live on amidst her unique creativity and boldness. 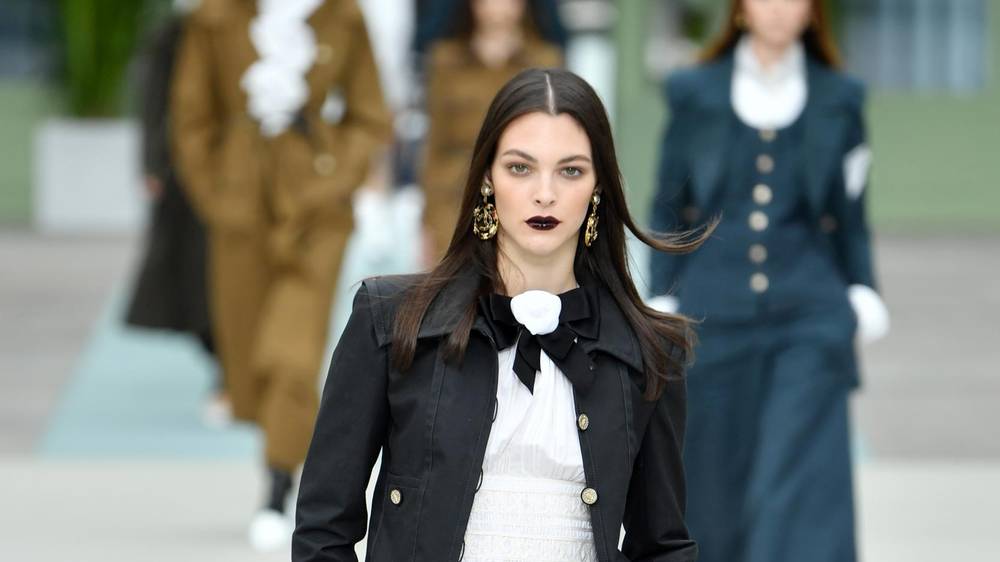 The event took place in Chanel’s regular venue, the Grand Palais in Paris. The runway was set as a train station which was aimed to symbolize the promise of an adventure. This theme was said to have been first suggested by Lagerfeld, but Viard brought it to life in her own way at the Grand Palais.

The venue was transformed to Beaux-Arts Style Parisian train station, complete with sitting arrangements that accommodated up to 440 guests. It took 10 days to create this theme, and it featured brass luggage racks, station clocks, wooden benches and more.

The day began with breakfast from a grand station café at the venue. After this, the guests took their seats on the benches for the debut to begin.

Virginie Viard was flying solo for the first time but the collection showed everyone that the winds of change were already here and Viard is the creative genius for Chanel’s future.

She boldly integrated bright colors, neutral colors, and befitting signature fabric from the fashion house. You could feel the freshness of this collection, the air of femininity, and the start of a fulfilled promise. It was a splash of bold blues, bright whites, black, camel, and pinks. There were a lot of wide-legged trousers, new designs like large bows, chain belts, and flowered embroideries were a central part of the collection. Viard didn’t leave out tweed and quilted leather.

The clothes were greatly complimented by a collection of new Chanel’s bags. These include belt bags, a spectacular tweed backpack, and chain bags.

The pieces from Virginie Viard’s collection inspire you to travel. There was a highlight of vacation wears for the free-spirited. It is said that the collection enforces the message of the theme as Viard marks her promise to take the fashion house in a new direction.

Viard graced the runway after the last models to take her final bow. Unlike her predecessors, she showed a lack of interest in the spotlight. She appeared in an all-black ensemble of a jacket, t-shirt, and jeans. She looked quite emotional as she walked down the runway alone amidst the standing ovation from the guests. Following this successful debut, everyone remains anxious for the next iconic fashion moves from the new creative leader of Chanel.