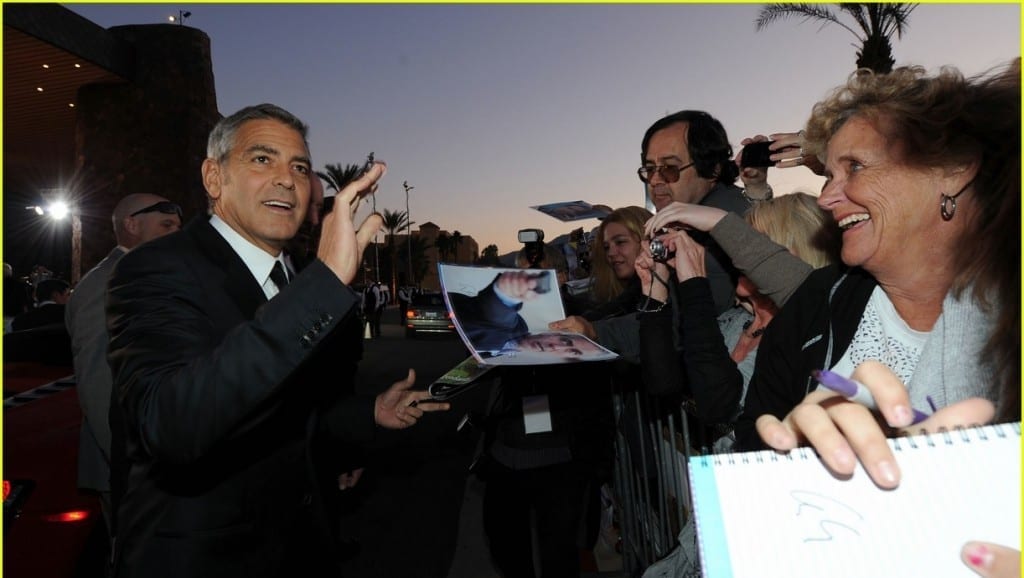 A great way to start the 23rd Annual Palm Springs Film Festival was with a dear friend of mine, Patrick Mundt, who hosted an intimate party for some of the festival’s prominent A-listers and celebrities at his beautiful home.

The next evening was the festival’s opening film “Salmon Fishing in the Yemen”. Written by Oscar-winner Simon Beaufy, “Salmon Fishing ” combines the sport of fly fishing, political maneuvering, and romance along with the idea of making seemingly impossible things possible. Starring Ewan McGregor and Emily Blunt, the film is set to be released on March 9th, 2012. The after-party was hosted by Cartier and raised more than $1 million for the Palm Springs International Film Society.

The following evening Brenda Sexton (of Chicago Links Productions) and Greg Nye hosted a cocktail reception at their charming house in Palm Desert.

The Gala was star-studded as usual, however, this year’s (in my opinion) topped all the past years’ with celebrity icons. Some of Hollywood’s best and brightest stars graced the red carpet including George Clooney, Brad Pitt, Angelina Jolie, Glenn Close, Michelle Williams, Gary Oldman, and Charlize Theron as this film spectacular got underway; highlighting 187 films from 73 countries, including 60 premiers.

One of the highlights of my trip was attending a luncheon sponsored by Mercedes Benz where Charlize Theron received ” The Indie Impact Award”. I had the opportunity to chat with her and I found her to be very gentle and shy, unlike the character she portrayed in “Monster”.