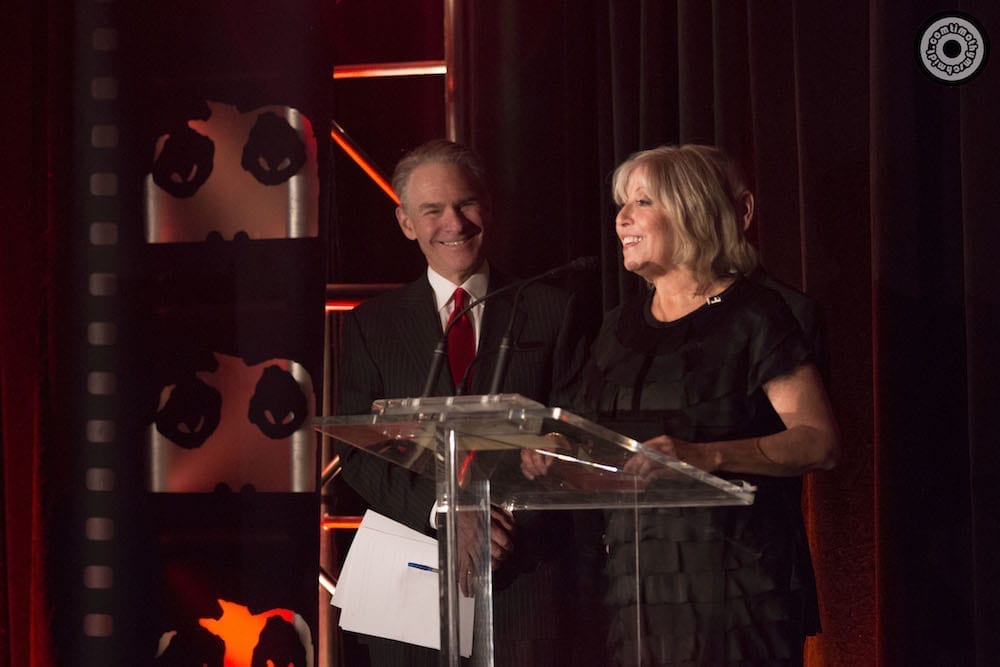 The 50th Annual CIFF T.V. Awards took place. Over 300 industry insiders, their colleagues, and other V.I.P.’s assembled in the Atlantic Room of this 4 – star hotel to honor show business’s best in three categories: T.V. Production, T.V. Commercials, and Acting.

The dynamic pair (husband and wife) Mary Ann Childers and Jay Levine proved to be very entertaining hosts and kept this showbiz crowd happy during this 90-minute presentation.

In the spotlight on this special night was Carol Mendelsohn (Executive Prod. C.S.I.) who walked away with the prestigious Commitment to Excellence Award for T.V. Productions, while top honors for T.V. Commercials were granted to Commercial Production Co. STORY, whose efforts were also acknowledged with a Commitment to Excellence Award. Capturing the Artistic Achievement Award for Acting this evening was Jesse Spencer, featured in “Chicago Fire.” for the 50th Annual CIFF

As s unique twist to this year’s awards program, audiences were encouraged to vote online for their favorite T.V. commercial; this was conducted under the supervision of WTTW, who presented it in a competitive format- for the 50th year in a row, believe it or not. Ironically, this year’s voting ended in a tie, with “Italian Invasion” (from Beast Editorial) and “Mantra” (from Cutters) receiving Audience Choice Awards for this category.

Also considered to be competitive during the awards presentation, the coveted Silver Hugo Awards honored quite a few groups: Leo Burnett, Cutters, McGarry Bowen, and Beast Editorial all received a Silver Hugo Award for commercials, while Star Media, CNN, Contact Films and Associate Producers also won a Silver Hugo for their stellar achievements in productions.

Proudly carrying on the fine tradition for 50 years, the Chicago International Film Fest T.V. Awards has always honored the best of the best; some of the past award winners include Bill Kurtis, Carol Marin, Kelsey Grammar, ESPN Films, and Frontline, among others.

Although this was not the Oscars or the Emmys, significant, creative actors and production companies were in the spotlight during this event at a luxurious Magellan hotel and for a while, Chicago did not seem like a “2nd city” for the 50th Annual CIFF

Since Oct. 31st, 2011 the Radisson Blu Aqua Hotel at 221 N. Columbus Dr. has been exceeding expectations for all visitors, whether you’re from London or Lincoln Park; and recently, April 10th was no exception.