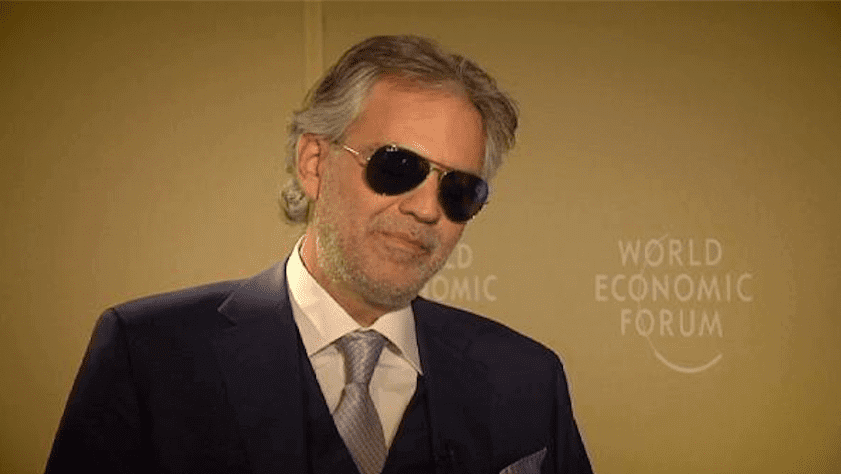 One of the most talented living performers was honored this month at the World Economic Forum in Davos, before an audience composed of the world’s leading economists, politicians, and business magnates. The Italian tenor Andrea Bocelli was marked for special recognition for his efforts in helping the needy, receiving the Forum’s Crystal Award.

Through the foundation that bears his name, Bocelli has helped many of the world’s most unfortunate. “In one word, what my foundation would like to do is help,” Bocelli said after receiving the award.

The Andrea Bocelli Foundation is dedicated to helping desperate populations. Among its most notable endeavors has been a concerted effort to eradicate poverty in Haiti. More recently, the foundation has partnered with the Massachusetts Institute of Technology to develop cheap wearable devices for poor blind people. The hope is that these devices will allow blind people to move freely across cityscapes unaided.

The World Economic Forum has found a truly worthy recipient of its high honor. Andrea Bocelli could easily have rested on the laurels of his music, which has already done so much to elevate the human spirit and still be considered a great man. Yet his foundation has inaugurated a new chapter of greatness for this remarkable performer and human being. One can only hope that he continues to make the world a better place for years to come.