A Battle for Free Speech 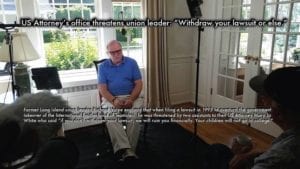 A documentary film now in production, “A Battle for Free Speech,” shows the human cost of this misguided decision, the trampling of rights of free speech and due process for 1.4 million union members, which continues to this day. The film, which will be 60-90 minutes in length, will show how an embedded government watchdog with sweeping powers expelled scores of union officials for life across the US who were never accused of a crime, including respected Chicago Teamster leader Bill Hogan. Hogan had won wide acclaim for negotiating agreements that brought in major film productions and trade shows to the city.

More than 25 years ago, the federal government took control of the entire International Brotherhood of Teamsters despite warnings from 264 members of Congress that this clearly violated the Constitution.

“Without Bill Hogan, there wouldn’t be a Chicago film industry.” – Lucy Sargent, former Director of the Illinois Film Office 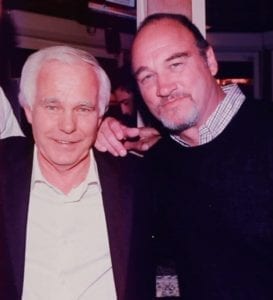 “A Battle for Free Speech” is a powerful documentary that will show how a Justice Department-sponsored “watchdog” tramples on the rights of free speech and due process of 1.4 million union members, expelling elected union officials across the US who were never accused, much less convicted of a crime. The takeover will continue until at least 2020. In an apparent vendetta, Hogan’s criticism of continued government control of the union-led first to the trusteeship of his local in 1996, then his expulsion for life on transparently trumped-up charges. Thereafter, Bill’s phone records were subpoenaed and four of his longtime friends in the union were expelled, their careers ruined, simply for talking to Bill. Incredibly, Hogan was then charged with criminal contempt for speaking to these friends and faced a possible six-month jail sentence. 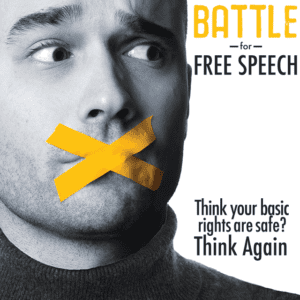 Actor James Belushi will narrate the documentary. Thirty interviews have already been shot by an experienced film crew including Producer/Director George Bogdanich, who covered labor and politics as a reporter, and Zak Piper, who produced the award-winning film “Life Itself” about the late film critic Roger Ebert. You can view a 15-minute rough cut of the film here that shows how government officials, including former US Attorney Rudy Giuliani, violated legal protocol in shopping for a biased federal judge who handled all cases related to the federal takeover of the union.

This important film is nearing completion, but we need to raise $25,000 to $35,000 to finish our production. Donations and contributions can be made online via Chicago Filmmakers and PayPal or by sending a check to Free Speech Film Fund, c/o George Bogdanich, 100 Erie St. Suite #02. Valparaiso, IN 46383