Nancy Reagan: A Legacy of Style

As the embattled Presidential race goes on, it’s rare to see people from either side of the fence come together. However, when the devastating news of the passing of former First Lady, Nancy Reagan, was first announced, political views were cast aside and people joined together in mourning one of America’s most beloved women. 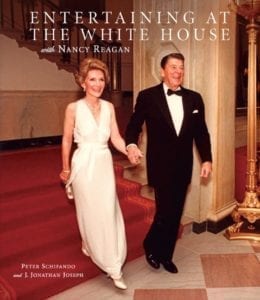 I loved Mrs. Reagan and President Reagan. He was actually the reason I was a Political Science major and the reason why I’m a Republican today.

In addition to being a staunch protector of her husband, especially during his last days, she was also highly admired for her campaign against drugs, for advocating stem-cell research and for keeping a keen eye on her appearance through her highly glamorous but classic fashion choices. She was well known for her elegant Reagan red. 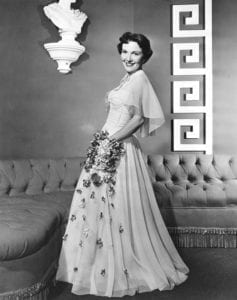 Mrs. Reagan did not allow her age to determine her fashionable presence in public and proudly wore designs by Carolina Herrera, Oscar De La Renta, Adolfo, and one of her favorites, James Galanos.

“She never went to the extreme,” Galanos told W Magazine in 2007. “Nancy’s daytime clothes were very clean and classic, what I call very good American style, the shirtwaist dresses, and wonderful Adolfo suits. These clothes were perfect for her lifestyle, and she knew exactly what she was doing.” 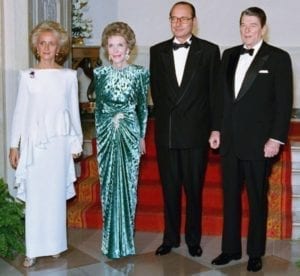 Oscar De La Renta said, “What better endorsement for our industry than to have a wonderfully dressed First Lady?”

Her legacy of style was such that an exhibit showcasing her fashion choices over the years was presented at the Reagan Library. Titled “Nancy Reagan – A First Lady’s Style” the exhibit honored the First Lady while also paying tribute to the designers who helped define her style. Designs included dresses by Geoffrey Beene, Bill Blass, Valentino Garavani, Yves St. Laurent and Chanel, among others. 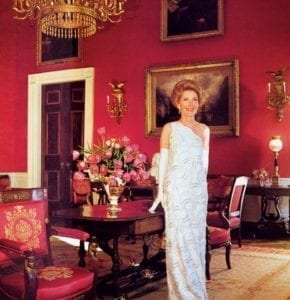 “A First Lady’s Style illustrated the important roles Mrs. Reagan played in the White House – from hostess and ambassador to public servant and spokesperson, to loyal and caring wife,” explains the Reagan Library archives.

Mrs. Reagan’s funeral will be held Friday, March 11 at 2:00 p.m. (ET), according to the spokesperson for the Ronald Reagan Presidential Library. She will lay in repose Wednesday and Thursday before being buried at the Reagan Library in Simi Valley next to her husband. Public viewing will be allowed Wednesday and Thursday as announced on Facebook.