Bulls and Blackhawks – A 2015 of Transition in Chicago 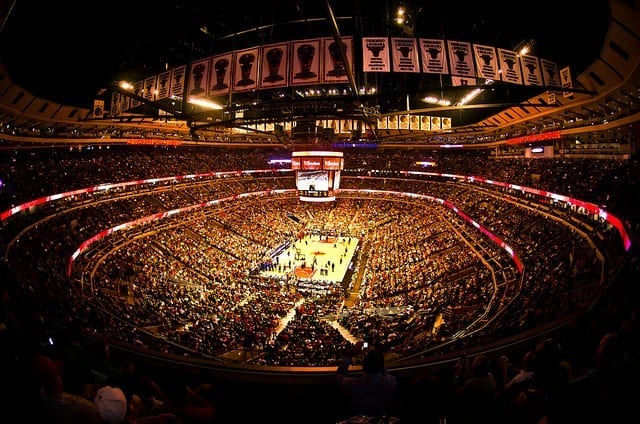 Bulls and Blackhawks fans were in shock recently when for the first time in Chicago sports history, both teams lost their superstars within 24 hour period.

Blackhawks fans were thrown for a loss when Patrick Kane laid on the ice after being cross-checked by the Florida Panthers’ Alex Petrovic in the first period resulting in a clavicle injury. Fans of the other team that shares the United Center with the Hawks were also in disbelief when it was revealed that Derrick Rose will be out for the next four to six weeks. A torn meniscus on Rose’s right knee was discovered during an MRI exam which required immediate surgery. By coincidence, this injury is in the same knee that Rose had surgery on last season, after playing only 10 games.

So followers of these two teams that play on the Westside are naturally concerned about the health of their rehabilitating all-stars and how these circumstances might affect the success of their teams. After all, it’s that time of year (between Valentine’s Day and Easter) when most individuals are tired of hearing about wind-chill temperatures, possible snowfalls, etc. and instead focus their attention on their favorite Chicago basketball or hockey team as a very nice distraction from their usual winter routines. But when Bulls and Blackhawks MVPs become sidelined and jeopardize the team’s future, we are suddenly brought back to the reality that no athlete is invincible and any team can be jeopardized when their all-stars suffer serious injuries.

Capturing the prestigious Stanley Cup championship in 2010 and again in 2013 is a very nice memory for the Blackhawks players, coaches, fans, etc. However, upholding a championship tradition is a difficult challenge for any professional team in any sport. Attempting to re-ignite the excitement and glory that was generated during the ’90s with six NBA championships during the Michael Jordan years is no easy task for the Bulls, either. Facing his 3rd major knee surgery in the past three seasons has got a lot of Bulls fans worried; for him and the team as they attempt to make a run for the playoffs during a season where they have a habit of beating the best teams in the league and losing to below-average teams.

So with the prospect of Blackhawk’s great #88 missing in action for the next 12 weeks and the Bull’s spectacular Derrick Rose out for the time being, it would be best for fans of both teams to relax and stabilize themselves with a philosophical viewpoint. Here in Chicago, we are a city that somehow survived in the ’90s when Michael Jordan went on hiatus between Oct. of ’93 and March of ’95. We have tolerated all of the ups and downs of our Bear’s football seasons, and we are still are enduring a drought of a Cubs World Series championship since 1906.

But before you know it, a new championship banner will be hanging from the rafters at 1901 W. Madison St.