Captivating Audiences One Romance Novel At A Time – Sherrill Bodine 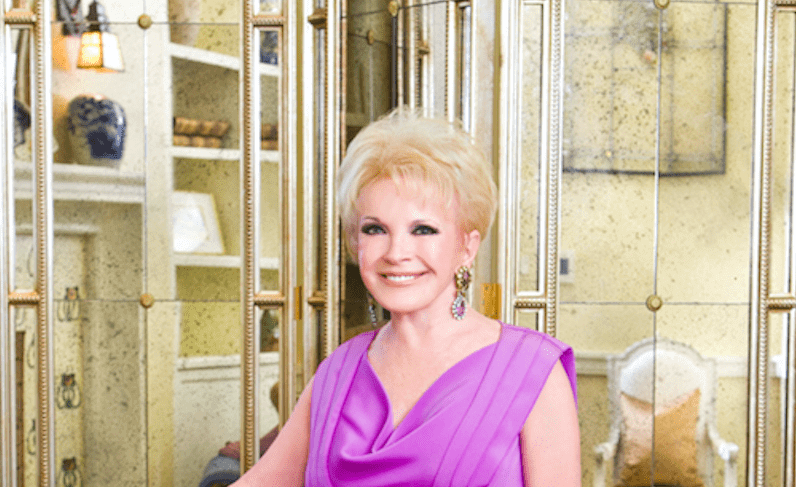 “I see life as big, bigger, biggest, and I want to take everyone along with me on that journey.” -Sherrill Bodine

Sherrill Bodine has been writing stories since her days in junior high where, in the 7th grade, she won a statewide essay contest. She says that growing up in Lafayette, Indiana in her grandmother’s home while taking care of her developmentally disabled mother, forged who she would eventually become – someone who embraces life with grace, humor, compassion, and style. 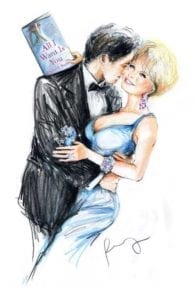 “I’m writing about those years in my autobiographical novel, In My Grandmother’s House,” she says. “I believe all my novels have grown out of my experiences growing up, dealing with challenging situations. I write about women who face adversity with grace, humor, and compassion and thus survive trauma stronger and wiser than ever. Women with multi-faceted personalities; women who embrace life with passion.”

At the age of 18, Sherrill had a blind date with a man named John, with whom she would eventually elope (something she says was quite the scandal). Together they have four beautiful children and now count eleven grandchildren in their family.

As they began to raise their family, while moving across the country (more than 20 times!) Sherrill began to write and sell her stories to Fate Magazine, HomeLife Magazine, and True Confessions. 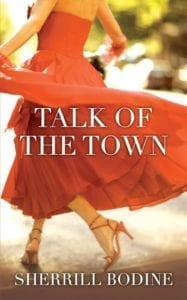 In 1988, she sold her first novel, receiving a two-book contract from Fawcett. “Sixteen novels later,” she says, “I’ve seen The Other Amanda win the Wisconsin Romance Writers of America Write Touch Readers’ Award and Talk of the Town chosen by Cosmopolitan magazine as its ‘Red Hot Read’ for February 2009.” Talk of the Town, released in 2008, tells the story of a recently dethroned gossip queen who is being replaced by a younger writer new to the social beat.

All I Want Is You, published in 2012, focuses on Venus Smith, a vintage boutique owner who has come across an antique find with a larcenous legend. It seems the gem belongs to the family that helped ruin her father… 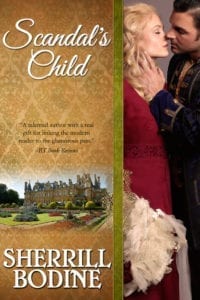 Scandal’s Child is a historical romance that brings together young Kat Thistlewait and French nobleman Jules Devereaux who find themselves in an unforeseen compromising position that leads to marriage in order to save their reputations. Can true love grow from a marriage of convenience?

A Soldier’s Heart, an audible published in 2014, is a storybook romance set in wartime featuring the handsome Lord Matthew Blackwood and his love Serena Fitzwater. As their marriage blossoms, Matthew is called off to duty. Will he return the same man Serena loved or will their happily ever after be dramatically changed? 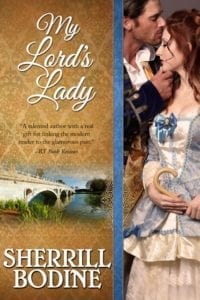 Lord Vane generate sparks of annoyance toward each other. As their lives are forced together, due to an unexpected quarantine, will they learn to overcome their mutual disdain?

Written In The Stars is a love story, co-authored with Patricia Rosemoor, set in 1601 at Dunham Castle featuring Lady Elizabeth York. She is set to marry Carlyle, heir to the Duke of Lennox, but, his half-brother Will Grey is the one who has her undivided attention. The story transcends time through a journal found generations later. 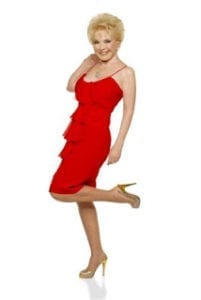 Sherrill currently divides her time between Chicago and her world travel destinations. She is an active board member of The Service Club of Chicago, The Chicago Academy for the Arts, Parkways Foundation, and The Woman’s Board of La Rabida Children’s Hospital.

For more information on her travels, her fashion and her current novels, visit SherrillBodine.com