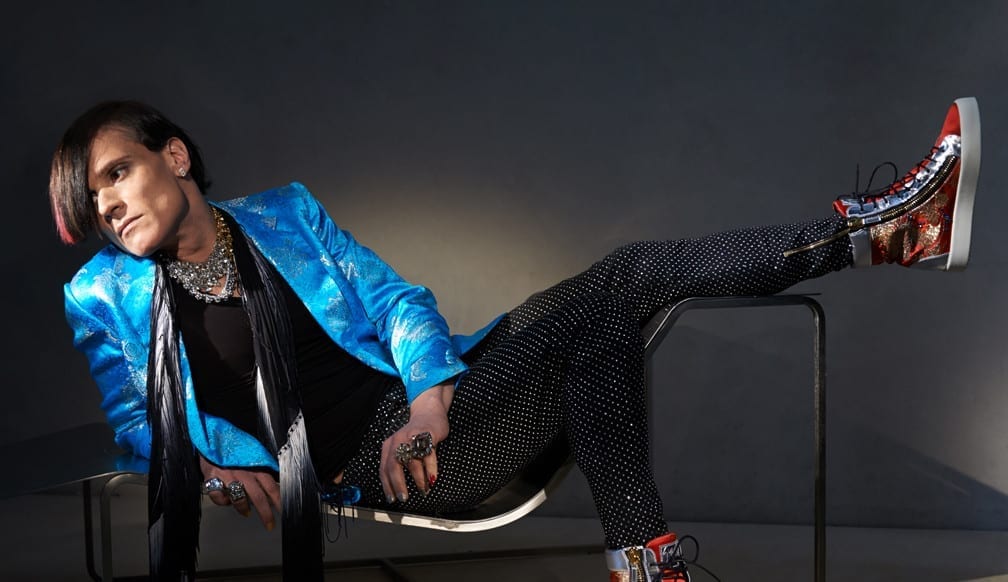 You may not know who Cary NoKey is, but the electro-pop duo will soon blow you away. Unique in their own sense, Cary NoKey mixes futuristic 80’s sounds and rock n’ roll. The lead singer, 8bit, explains that Cary NoKey is “as if Kurt Cobain was a DJ.” Originated from late-night karaoke bands, 8bit was determined to transform the music of today.

Cary NoKey considers themselves a pro-experience band, which means that their listener will get the full experience and emotion if they watch it being performed and feel it for themselves, as opposed to listening to it through a set of headphones. The band will always surprise their listeners and fans by experimenting with different types of sounds and music; they really admire the sounds and experimentation of the 70s and 80s. Cary NoKey is sure to give you the unexpected, which makes them an innovative and inspiring new wave of music. Their goal is to move their listener in some way, shape, or form, whether it’s emotionally or physically. It may make you fall in love or just want to get up and dance. 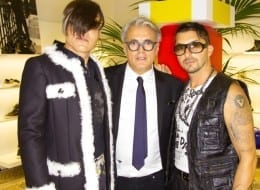 Needless to say, 8bit is a “glamorous” man, and if there is one thing he enjoys and is inspired by, it’s fashion. On a recent visit to Milan, 8bit visited shoe designer Giuseppe Zanotti’s studio. The studio is an 18th-century building once occupied by Napoleon Bonaparte and adorned with crystal chandeliers. The singer was simply amazed by the wearable works of art that he was surrounded by. One piece in particular that caught his eye was a red high top sneaker. This wasn’t just any red high top; however, it was blatantly inspired by David Bowie’s red bomber jacket from 1979. Zanotti was a man who truly understood the connection between fashion and music. A new and innovative look could change the way people express themselves and what they wear just as much as a new wave of music can. Zanotti expressed that he is delighted that so many people admire his shoes and that they can express themselves with his designs. Mr. Zanotti is, in fact, Willy Wonka and his studio is his chocolate factory. There is something to suit everyone’s style.

Now, what does 8bit have to do with fashion? After all, he is making music, not shoes or clothes. Both style and fashion are ways that people can express themselves without having to talk. It is something so obvious because usually first impressions are drawn heavily from someone’s style or fashion. From 8bit’s performances, it’s very obvious that he values his clothing; he matches his kooky outfits with his creative, high-energy sounds. His fashion choices are the first impression of his performances and a way to encourage his listeners to express themselves and their different emotions whether it’s through music or what they wear.

Listen to Cary NoKey’s new single “Now or Never” on Facebook or buy it on iTunes.