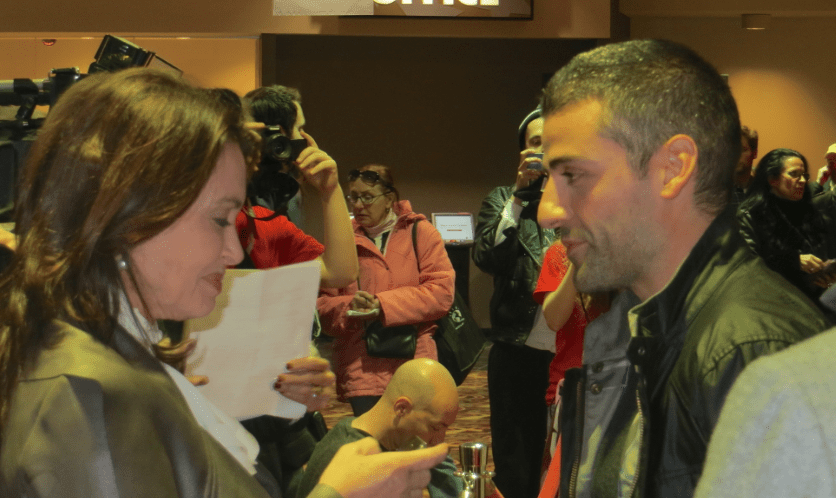 In the spotlight this year were 41 directors making their debut from countries such as Germany, Italy, and the U.K. According to Founder and Artistic Director Michael Kutza, “We have long prided ourselves on being a director’s festival and in discovering the new voices of cinema. This year is no different. Our program was the strongest yet in the Festival’s history.” While Programmer and Coordinator Alex Kopecky pointed out, “The most exciting part, as always, was the chance to see audiences connect with the filmmakers after screenings, asking questions, etc.”

The relaxed atmosphere at the Festival’s Filmmakers Lounge provided a comfortable oasis (at AMC River East 21) where movie makers had the chance to rub elbows with the media and film aficionados alike. This year’s fest spotlighted 55 short films, 20 documentaries, and 115 narratives furnished by over 60 countries.

The frosting on the cake for this 14 – day extravaganza was closing night’s presentation of “Inside Llewyn Davis” (by Joel and Ethan Coen), starring Oscar Isaac. Listed among Variety magazine’s “10 Actors to Watch,” Oscar Isaac received quite a bit of attention during the red carpet reception.

City Winery (at 1200 W. Randolph St.) provided the perfect environment as the party continued after the conclusion of the movie. A very charming facility (complete with an accommodating fireplace,) City Winery blends the elements of a real winery with lively, cultural music experience.

All of these entertaining festivities merely whet our appetite for next year’s monumental 50th year anniversary spectacular, scheduled for Oct. 9th to 23rd. Congratulations to Michael Kutza and all of those who worked around the clock, always striving to top last year’s accomplishments and raise our level of expectations as we look forward to next year’s half-century celebration – 49th annual Chicago International Film Festival!

More from I On The Scene