Comic Crusaders A Nostalgic Piece of a Real Childhood, Transformed Into Superhero Script 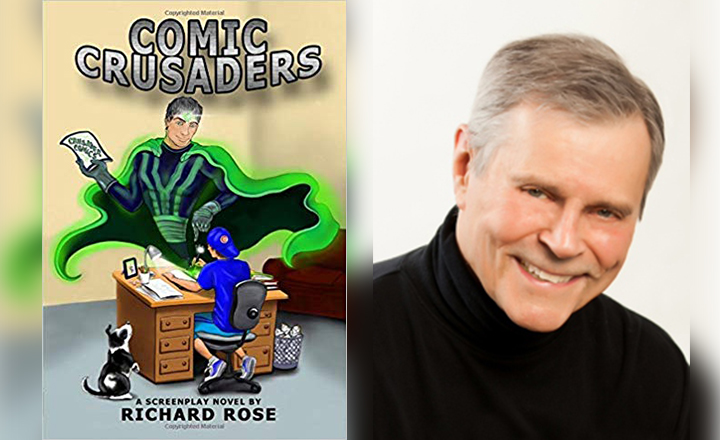 Richard Rose has been many things during his life: tennis player, magician, bible seller, Army man, financial advisor. However, writing fiction has always been a constant passion in his life.

During virtually all those roles — maybe not the financial advisor one –, Richard had a faithful companion: his older brother Charlie.

Both grew up to become professional adults with their own lives. Sadly, in 2011, Charlie passed away after a successful career of more than 30 years as a professor at Auburn University. For Richard Rose, Comic Crusaders, a very different kind of story compared to his usually more adult cop and detective novels, has an extra special meaning: It was the last thing he wrote with his brother, many years ago.

Comic Crusaders is about an Indiana family, the Zumbrooms, whose life revolves around comic books. They run a comic book store called The Escape, whose name reveals certain twisted humor since the comic book store is the business resulting from the disappearance of the patriarch of the family, Walt Zumbroom, creator of Crusader Comics.

But the story really revolves around Walt’s son, Ralph, a teenager who deals with classic problems: a seemingly unattainable crush, a group of bullies and a loyal dorky friend who accompanies him in all his adventures. Ralph finds a magic pen left behind by his father, who not only makes him create incredible characters and stories but eventually makes him manipulate reality and make his created character, superhero D ‘Archangel, help him with different worldly tasks, like stand up to his bullies.

The magic pen ends up triggering a clash between two worlds: the real and the comic book. The forces of evil, headed by villain Mephisto, want to conquer the real world. Ralph, along with his girlfriend and best friend, will have to deal with this threat, while also seeking answers about his father’s whereabouts.

Comic Crusaders is written in a screenplay format. Terms like CU (Close Up) V.O. (Voice-Over) and EXT. (Exterior) fill the pages of this story and force us to immediately evocate the images described, in a cinematic way.

The script format is the reason why the decidedly childish and almost naive plot of Comic Crusaders works. The narrative is greatly enhanced because of this, and what could have been a shallow, infantile plot, ends up being an engaging and interesting adventure. Thanks to its extremely audiovisual format, it’s easy to imagine Comic Crusaders as a 3D animation created by Pixar, or by the minds behind Spider-Man: Into the Spider-Verse. At times, our imagination stops thinking about animation, and suddenly Comic Crusaders look like an entertaining Amblin 80’s flick. It has that feeling, that tone. Its wild fantasy, combined with an urban setting sometimes reminds us of Guillermo Del Toro’s Netflix animated show, Trollhunters.

The interesting format also comes with some limitations. It could be a double-edged sword. At times, especially everything related to the comic book world and its huge gallery of diverse and colorful superheroes and villains can be perceived as rushed, out of nowhere and with little information. Universally, the script format prevents detailed descriptions of a-la-J.R.R.-Tolkien. Feelings and emotions have to be conveyed with few words. After all, a script is basically a description of what we see and hear on a screen.

However, that double-edged sword strikes at the author’s favor. Its rhythm forces us to let ourselves be carried away by the evoked images and not to worry so much about the lack of background or detailed descriptions. And although it has the entire arch to fill a movie or even a miniseries, Comic Crusaders can be devoured in a matter of a few hours. It’s that engaging and that of an easy-read.

In the end, Comic Crusaders manages to perfectly convey the feeling of its genesis. This is a creative product between two brothers. It is, as the author put it, “a labor of love.” His lighthearted plot also steers to the universal themes of the best superhero fictions: the greater good, the responsibility of power and the importance of appreciating your loved ones.

Not many can afford to have a nostalgic postcard of their childhood in the form of a screenplay novel to be shared by the world. After finding a piece of his childhood, Richard Rose polished it and published it. Just for that, Comic Crusaders deserve our attention. 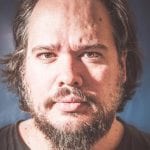 0 comments to " Comic Crusaders A Nostalgic Piece of a Real Childhood, Transformed Into Superhero Script "