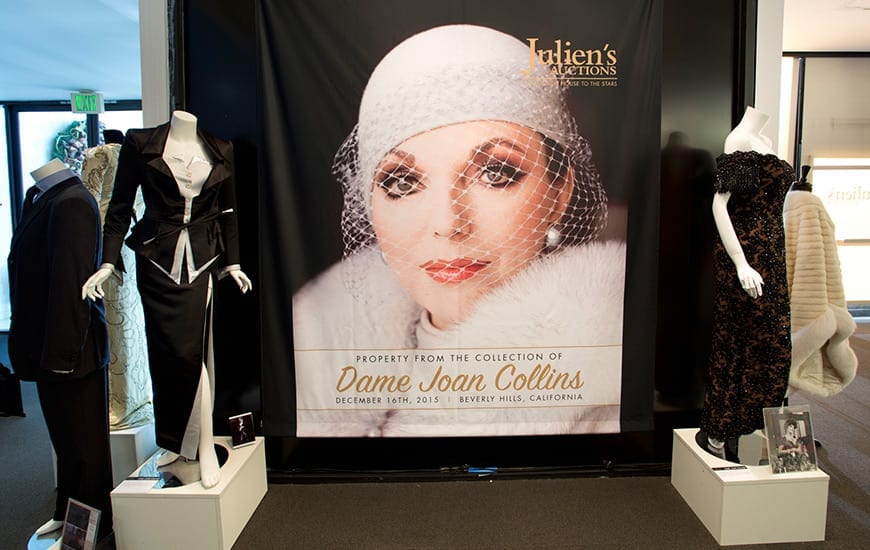 Dame Joan Collins is one of Hollywood’s most treasured actors, one of the world’s most celebrated fashion icons, a chart-topping author and devoted humanitarian.

This week, part of Dame Joan’s collection went on the block at Julien’s Auctions. Some of the highlights from the collection include jewelry, designer fashions, couture dresses, decorative art, furniture, and career memorabilia. The auction also featured costumes from Dynasty, a gold perfume bottle gifted to Collins from Natalie Wood and Robert Wagner, two vintage Louis Vuitton steamer trunks, a custom-made mink cape designed by furrier Edward Lowell, and a collection of costume jewelry dating back to the 1960s. I was very happy to see that I On The Scene friends Nikki Haskell and Megan O’Brien were on hand during the auction. Any event is better in the company of such wonderful friends. 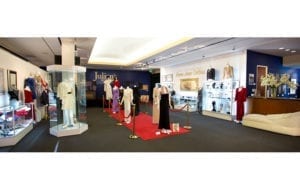 Dame Joan Collins began her career when she landed her first film role in Lady Godiva Rides Again (1951). Since her cinematic debut, she has gone on to portray a multitude of characters, spanning five decades, in films like The Land of the Pharaohs (1954), Esther and the King (1962), The Big Sleep (1977), Nutcracker (1982), Decadence (1994), and Valentino: The Last Emperor (2009), among many others. She has appeared in more than 65 feature films!

Her guest appearances on television have included programs such as Star Trek, Starsky & Hutch, Mission Impossible, Fantasy Island, The Love Boat, Monte Carlo, Hart to Hart, Guiding Light, Rules of Engagement and Happily Divorced. And, of course, we must mention her infamous role as Alexis Carrington on Dynasty, which through her magnificent performance, put the show in the No. 1 position in the US in the mid-80s. 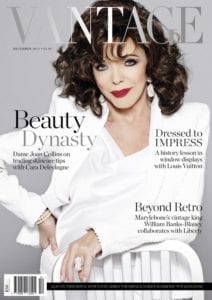 Let’s not forget her career on stage!

Dame Joan first appeared on the London stage as a child and since then has received praise for her work in productions like Private Lives (West End, Broadway); Over The Moon (London’s Old Vic Theatre); The Last of Mrs. Cheyney (West End); and her autobiographical show, An Evening With Joan Collins, which sold out in the UK as well as in the US.

Throughout all of this, Dame Joan has been presented with a multitude of acknowledgments, awards and recognitions. She is a Golden Globe winner and Emmy-nominee.

However, that’s just a small part of Joan’s life.

She has also written more than 30 novels and memoirs that have sold more than 50 million copies globally and have been translated into dozens of languages. She is a regular contributor to The Spectator, The Daily Mail, The Telegraph, Harper’s Bazaar, and The Times.

The ageless beauty, always bestowing us with grace and style, also launched a cosmetic line with QVC called Timeless Beauty, has her own eyewear line, and even a Dynasty hairstyle collection. 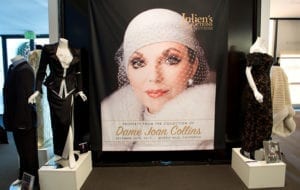 I’m happy to be a colleague and friend to this extraordinary humanitarian. As a steadfast philanthropist she supports causes that empower children with learning disabilities and she is also supportive of projects seeking to find a cure for breast cancer.

I encourage all of you to become supporters of some of Joan’s favorite organizations including National Center for Learning Disabilities, Action for Sick Children, Brainbox, NSPCC, and The Shooting Star Children’s Hospice.

For more information on the career and life of Dame Joan Collins, make sure to visit her official website, JoanCollins.net