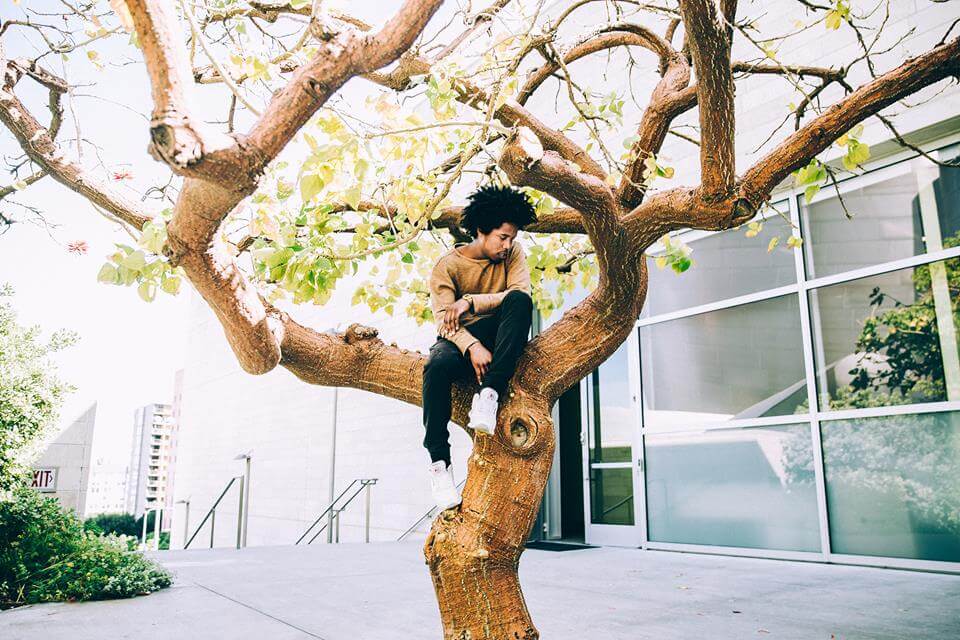 Flourishes of alt rock stacked against an r&b backbone, and a whisper of emotional aesthetics De’Wayne Jackson’s debut EP, “Don’t Be Afraid” is a surreal soundscape and experiment from an artist whose musical upbringing is as eclectic as his sound suggests. 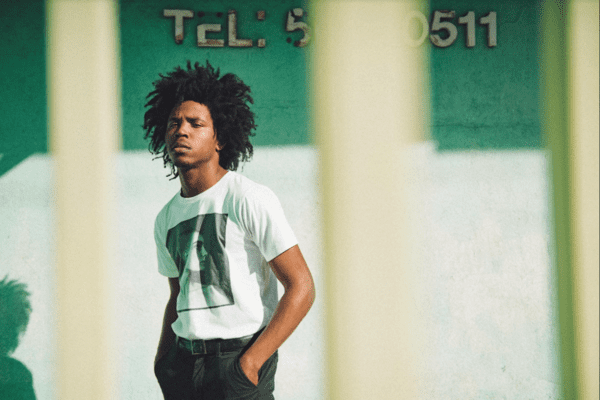 He just released the second track and video from the EP, titled “Watchin” via Pigeons and Planes. De’Wayne explains the deliberate juxtaposition within the visuals – “Instead of having people watch us, through our phones or computers I wanted to give an experience of watching yourself. There’s a battle between good and evil. The red entity represents the devil in disguise, while the white represents everything positive and good trying to get through. For me personally, there’s a constant struggle between both of these.”

De’Wayne Jackson spent his formative years in a small suburb outside of Houston, immersed in a city that was fast becoming known for its burgeoning hip-hop and lean culture. “It’s a really good culture, but if you weren’t doing that- like, even now –  you’re considered a bit of a weirdo if you were doing anything other than that,” remembers Jackson – now 21 years old and living in Los Angeles. The walls of the charismatic artist’s room are a wistful collage of eclectic artists from Kurt Cobain to Morrissey.

“Ever since I was younger, I always knew I was a bit of an outsider, but it never really scared me from making my own type of music,” he proclaims. “I just kind of embraced it,” he adds, reminiscing on his musical tastes at the time, which consisted of listening to “a lot of J. Cole and Kendrick” in between singing in his church gospel choir.

Not satisfied with the prospect of suburban life, De’Wayne made the move to Los Angeles shortly after graduating high school and was exposed to an existence that was worlds away from his life in Spring, Texas.  “I was never really into what my parents wanted me to be into, they wanted me to go to church, then college and then do this one job for the rest of my life. When I was 13, I wasn’t good at music at all – I just knew it was what I wanted to do.” Moving to LA, De’Wayne experienced his own musical awakening and was introduced to an eclectic range of music, from Arcade Fire to David Bowie, that would form the basis of his debut EP.

A chance meeting at a New Years Eve party in Los Angeles, where De’Wayne arrived apparently overdressed in a blue velvet suit, put him on the radar of the MDDN management crew (run by Benji & Joel Madden) and set the plans for Don’t Be Afraid in motion.

Don’t Be Afraid is a staggering declaration from the young musical prodigy – a call to arms to outsiders and a soundtrack for anyone who ever yearned for a life less ordinary. In the opening track “Old Steps’ we’re greeted with the stunning juxtaposition of an r&b beat stacked against the bluesy guitars. The EP is made up of surprise moments, from the minimal beat of “Watching” to the inspirational “Do What We Want To,” De’ Wayne spits his story with vigor. Within quieter moments, like love-struck “Truth Is” and the gorgeously somber “Coming Back Home,” Don’t Be Afraid is, at its core, the stunningly self-aware debut from a young artist.